Envoys have cautioned the Jubilee administration against pushing through amendments to election laws, saying international best practices discourage such changes so close to polls.

They also warned that politicians inciting people risked being banned from travelling to their countries through withdrawal of visas.

Led by US Ambassador to Kenya Robert Godec, the envoys cautioned that the international community was keenly following actions by politicians and would slap sanctions on those undermining peace.

“The international community is watching Kenya and every step of its electoral process. We are also watching what politicians are saying and doing. Some Kenyans are stoking community tensions and it must stop. The US will take action, including travel bans and withdrawal of visas if need be,” said Mr Godec in a statement signed by 14 envoys.

The ambassador made the remarks after meeting Independent Electoral and Boundaries Commission (IEBC) commissioners at Bomas of Kenya in preparation for the October 26 repeat presidential election. Godec explained that wise reforms to an established electoral process take time, and require thoughtful reflection and broad agreement from all parties.

He said changing the election laws less than a month to the poll would have far-reaching ramifications.

“The draft Election Laws Amendment Bill, for example, puts at risk the IEBC’s ability to conduct a better election within the mandated 60-day timeline and unnecessarily increases political tensions. Kenyans can debate whether or not electoral changes are warranted, but the timing is a serious problem,” said Godec in a statement read on behalf of the diplomats.

The envoys also want the IEBC to work independently and resist taking instructions from political parties.

National Super Alliance (NASA) leader Raila Odinga had claimed that the commission, which is chaired by Wafula Chebukati, and Jubilee Party were conspirators of electoral fraud that led to the annulment of the August 8 presidential polls.

The ambassadors said the growing list of political demands, inflammatory rhetoric and boycott threats undermined the IEBC’s ability to carry out its constitutionally-mandated job to hold a fresh election.

“The IEBC must act decisively and everyone needs to respect its independence. Leaders on both sides must be reasonable in their demands of the IEBC and in their actions leading up to, and following, the new election. It would be impossible to remake the IEBC in a way that satisfies all political demands, and everyone should refrain from undermining it. All should give the IEBC space, time and respect. Do not paralyse the IEBC,” they cautioned.

Godec said IEBC was the only institution Kenya had to run the election and ensure that Kenyans chose their president in a free, fair, credible and transparent election.

Defending the embattled commissioners and other poll officials, the envoys said if IEBC personnel were to be removed, it should only be done by the appropriate authorities and be consistent with the law and relevant regulations.

“We urge all parties to engage immediately in a genuine dialogue with the IEBC regarding electoral procedures and processes. Party requests of the IEBC should be concrete, specific and appropriate. The IEBC should then make reasonable, fair decisions, and the election should be held as the Supreme Court directed,” said Godec.

The diplomats said police officers should use utmost restraint in handling demonstrations, and any response must be proportionate and measured, adding that those guilty of abuse should be held accountable under the law.

Who will save ailing Conjestina Achieng?

Female boxer Conjestina Achieng’, once the pride of Kenya in the boxing field is ailing, having taken too many blows to her head and lives in poverty. 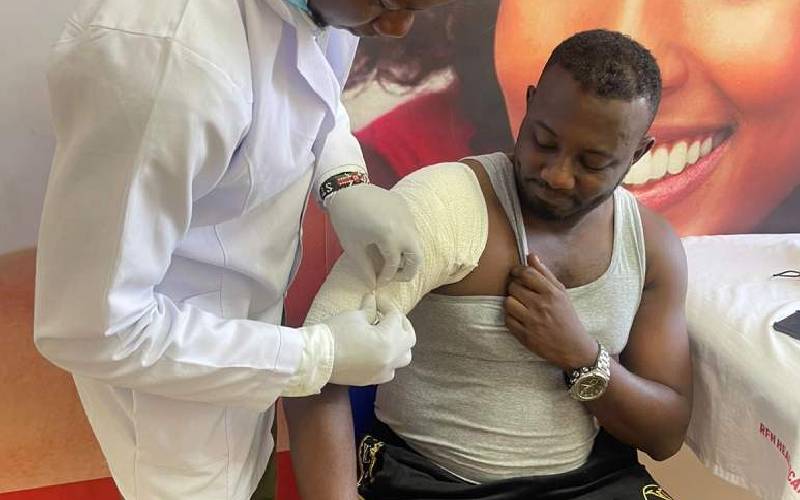 By Mose Sammy | 23 minutes ago

By Fidelis Kabunyi | 38 minutes ago