Mr Too, 64, died on December 31 last year at St Luke Hospital in Eldoret at around 2pm.

In a report seen by The Standard on Sunday, Chief Government Pathologist Dr Johansen Oduor said the former envoy died after the fluid in the sac around the heart built up as a result of a stretched and bulging section in the wall of aorta.

"The death was caused by cardiac tamponade due to ruptured dissecting ascending aortic aneurysm," reads the report.

Dr Oduor noted that the rest of the body was in good shape, including the blood pressure.

Why snoring is dangerous

The postmortem report indicated that Too had complained of pain in the right arm after his family reported that he had fallen in Nakuru, leading to epigastric pain, bloating and constipation.

According to the report, Too was unwell on Christmas Day and had been treated at the hospital, but his condition was not serious.

It says on December 31, Too collapsed in his bathroom and was rushed to the hospital where he was pronounced dead a few hours later.

On Friday, an Eldoret court issued an injunction stopping his burial until the cause of his death was established.

Eldoret-based lawyer Simon Lilan, in an affidavit, argued that there were reasons to believe Too was murdered and there were external forces and collusion by respondents to keep the family, relatives, friends and the public away from the truth.

Lilan further said the postmortem results purported to have been carried out at the Lee Funeral Home were incorrect, improper, lacked independence, inaccurate and cooked.

He said Too died mysteriously and what transpired thereafter was questionable.

"I confirm that I was part of the planning committee for the funeral and burial of the deceased. But the defendants have without the consent of the family proceeded to pay the mortuary charges and intend to collect the body and bury the deceased without the family's consensus and at an undesignated area contrary to the deceased's community's customary rites and practices," stated the affidavit.

The lawyer demanded thorough investigations into the death by conducting an independent autopsy at a "credible" institution. He also wants a DNA extracted from his body to help unravel the cause of the death.

Eldoret Resident Magistrate Nicodemus Moseti certified the case urgent and stopped the collection and burial of the politician, pending inter-parties hearing on January 12.

Too's burial had been scheduled for Monday in his Eldoret farm. The body will be airlifted from Lee Funeral Home today.

Dr Oduor's report observed that the postmortem and the drafting of the report were witnessed by the family and police.

He said they took samples of blood, portion of liver, stomach, kidneys, bile, muscle and homopericadic blood for further analysis by government and private pathologists.

Too's family said a postmortem conducted at the Lee Funeral Home had indicated that he died as a result of aneurysm – a condition where the artery supplying blood to the brain burst.

More than 800 squatters have also gone to court, seeking to stop the burial at Maziwa farm in Eldoret over ownership dispute.

Through lawyer William Arusei, the Sirikwa Squatters Group who have sued Too's widows Mary and Sophie and the burial committee, claim that if the burial proceeds on the property, they will suffer irreparable loss and prejudice.

They urged the court to direct the burial committee to bury Too elsewhere and await the outcome of the case set to be determined on January 27.

The land ownership is a subject of a ten-year court case, with the squatters claiming to be legitimate owners.

Postmortem report into death of Mildred Akinyi Odira: She could’ve been pushed out of a car

MIRAA EFFECTS: Consumption of miraa can lead to heart attack and sexual incapability

Musa impresses at last to put Leicester into fourth round

Ahmed Musa finally began to justify his $21 million transfer fee as he needed only five minutes to double his Leicester City goal tally in a 2-1 FA Cup third round victory at Everton on Saturday. 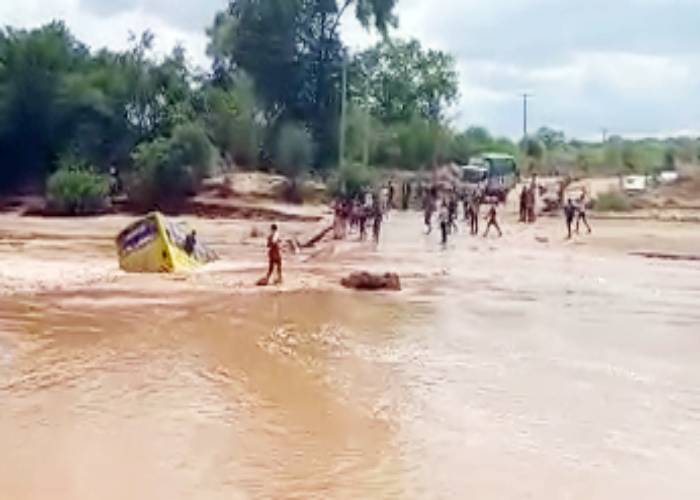 By Philip Muasya | 20 minutes ago