Police have questioned an MP accused of assaulting a preacher and threatening him with a gun.

Mwingi Central MP Joe Mutambu was summoned to Kilimani Police Station on Tuesday evening where he was questioned for three hours and released on bond.

Police wanted his response to allegations that he detained and assaulted Bishop Thomas Wahome of Helicopter of Christ Ministries' and threatened him with a gun.

Kilimani OCPD Peter Katam confirmed that Mr Mutambo was grilled by CID officers over the accusations.

"We will close the file after recording the needed statements from various parties concerned and make recommendations to charge the MP. The complainant has returned his P3 form," said Mr Katam.

He added they are investigating claims the MP used a gun to threaten Bishop Wahome. Wahome claims the MP, a licensed gun holder, threatened him using the weapon in the presence of police.

Wahome wants police to arrest and charge Mutambu for the assault and threatening him with the gun.

Wahome said the assault happened in the MP's office along Ngong Road where he had gone to a reclaim a lorry that he leased to Mutambu last month.

The bishop says he leased Mutambu the lorry to ferry bags of cement from Donholm to a construction site in Karen.

"He promised to return the lorry a day later but he has refused to do so. Instead, I learnt he was repainting it in a garage," said Wahome.

Wahome was later accompanied by police officers to Mutambu's office where the MP allegedly denied knowing the pastor.

According to Wahome, Mutambu also ordered the police to leave his office because he knew their boss - the acting Deputy Inspector General of Police Joel Kitili.

Wahome said Mutambu threatened to shoot him and assaulted him as the three officers watched. Mr Kitili denied Mutambu had called him to intervene. He said police are professional in their work.

The MP denied the claims and instead claimed that Wahome had agreed to sell the lorry to him at Sh350,000. He said he sent Wahome Sh50,000 through M-Pesa and even produced the message to prove it.

Yesterday, Wahome claimed he had a bouncing cheque that Mutambu gave him as tithe. 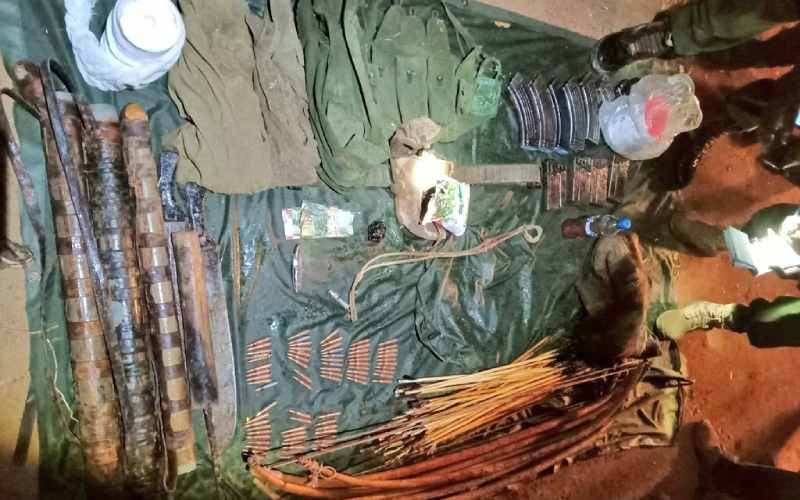 Two held in Marakwet over suspected illegal gun possession
Abraham Kiptum and Brandon Kilimo, were arrested at their home in Kaben Village, Marakwet where they were found with the weapons.
Counties
By Mate Tongola
8 days ago
.