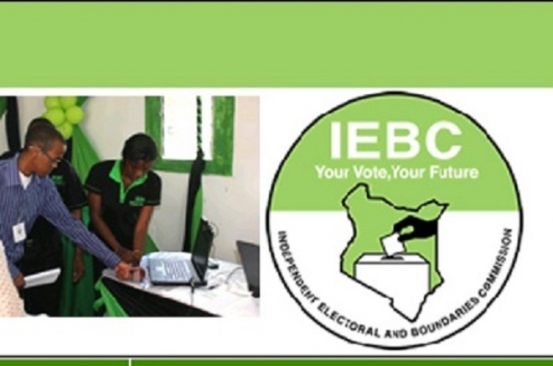 With 715 days left before the next General Election, the country’s electoral managers are locked in grueling negotiations for an amended law with an interested political class.

At stake is close to 40 amendments which the Independent Electoral and Boundaries Commission (IEBC) wants enacted in the current Elections Act to enable free, fair and credible election in 2017.

The 40 amendments have been carved out of the confusion, quagmire and lessons learned in the conduct of the 2013 General Election, the first in the new constitutional order.

The Bill has barely been tabled in Parliament and already most of the amendments - especially those disadvantaging the current political class - are receiving stringent opposition.

So far, in negotiations ongoing with the National Assembly’s Justice and Legal Affairs Committee, a number of amendments have been agreed, many more remain contested.

“We have placed our proposals with them. We have appeared before the committee severally now and we have explained ourselves on these proposals, I believe. After the last consultations last Tuesday, we were told we will be called back in case they need us,” IEBC Vice Chair Lilian Mahiri-Zaja said yesterday.

So far, the MPs in the committee appear to have agreed to IEBC proposal for political parties to submit nomination rules six months before their internal polls. They have also agreed to parties submitting their membership list four months before the elections.

The MPs are also in agreement that the register should be opened for inspection for 30 days and 30 days before the election day.

Yet to be agreed however is the clause which seeks to lock out candidates nominated for an election from the party lists of people liable for nomination.

During the last amendments into the Elections Act in 2012, MPs sneaked in a clause allowing inclusion of presidential and deputy presidential candidates.

The proposal by IEBC seeking to limit the number of votes per polling station is facing stiff opposition. In the past, politicians were fond of over-crowding particular polling stations through popular “voter importation” schemes.

“We want to have shorter queues this time round. We want to be in total control at the polling stations. We do not want a situation where our officials are overwhelmed,” IEBC CEO Ezra Chiloba told The Standard on Sunday yesterday.

Also hotly contested by the MPs is IEBC proposals to have public officials who want to contest in a General Election to resign six months before. MPs want this stretched to one year, presumably to lock out strong rivals. The IEBC has said they will stick with their six months proposal because it was informed by the principle of fairness as well as other laws governing the same.

“We will stick with our six months. Ultimately however, the decision lies with Parliament. They will have to settle the matter one way or the other,” Mr Chiloba said.

Also not fully settled is the question of punishment of candidates who commit electoral offences. The amendments say once an elections court has concluded hearings of election offences to send a report to the Director of Public Prosecutions for investigations and prosecutions.

Similarly facing stiff opposition is the proposal that MPs must have a degree and MCA’s a diploma as a prerequisite for participating in the election as a candidate.

The commission wants the process to amend the Elections Act completed by the end of the year to enable them to plan appropriately. The Bill is in the final stages of approval by the legal affairs committee chaired by Samuel Chepkonga.

From Chepkonga’s committee, the Bill will be brought to the floor of the National Assembly where the MPs will debate and propose changes, if any, before passing it into law.

“The negotiations have been good despite media reports that they have rejected this and that. They have been quite good and robust. I believe we have not exhausted consultations on the proposals and I invite Kenyans to participate in the process with us,” Zaja added.

At the end of a long week, when you feel like your body and mind have taken a beating from the daily nine to five grind, close your eyes and imagine yourself in a steaming pool of naturally healing hot waters that soothe your body.

By Olivia Odhiambo | 6 minutes ago

By Kennedy Gachuhi | 6 minutes ago

By Timothy Kariuki | 6 hours ago