US President Barack Obama could meet officials of Haki Africa, an organisation whose bank accounts the Government froze over alleged links to terrorism.

But recently a Mombasa court ruled that the Inspector General of Police should not label Haki Africa as "non-specified entity". The court, however, refused to issue an order to revert the Government's decision to freeze its accounts, saying the group had sued the "wrong party".

Yesterday, Haki Africa Executive Director Hussein Khalid said he is among members of the civil society invited to meet President Obama at the Chandaria Innovation and Incubation Centre on Sunday. The Standard is in possession of the invitation letter from US Ambassador Robert Godec to Haki Africa.

"The ambassador of the United States of America Robert F Godec requests the pleasure of the company of Hussein Khalid at President Barack Obama's conversation with civil society Sunday, July 26, 2015," the letter partly read.

Haki Africa operations were paralysed when the Government included it in a list of organisation and individuals said to have links with Al Shabaab. This was after the Garissa University College terror attack on April 2 in which 148 people died.

At the Coast, Haki Africa and Muslim for Human Rights were closed down after the State linked them to terrorism, forcing them to sue.

The Government is at loggerhead with the UK Embassy demanding that it stops financing Haki Africa. The UK embassy has in the past, however, dismissed the Government, saying "it had not seen anything wrong with the group".

Khalid said this would be the second encounter with Obama. He said he first met Obama when he was a senator after being invited by then US Ambassador Michael Ranneberger.

Why we're the epicentre of entrepreneurship

This week and the coming days, Kenya will be at the epicenter of global attention as Nairobi hosts the Global Entrepreneurship Summit which will be graced by US President Barrack Obama. 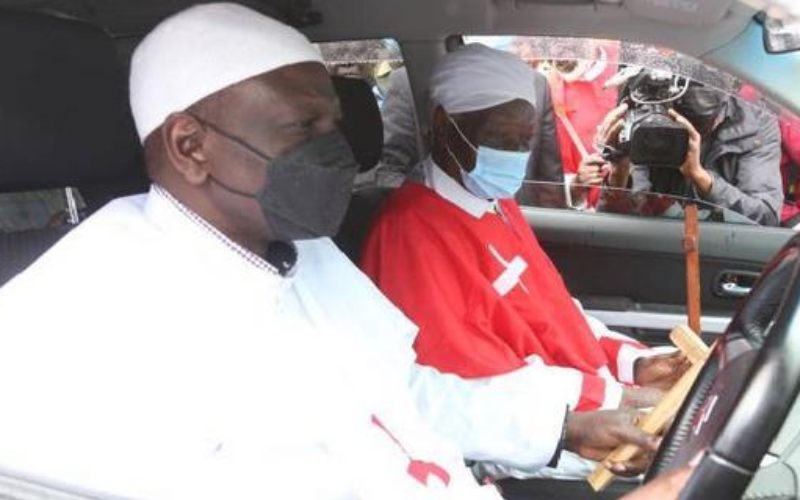 By Caleb Kingwara | 2 hours ago