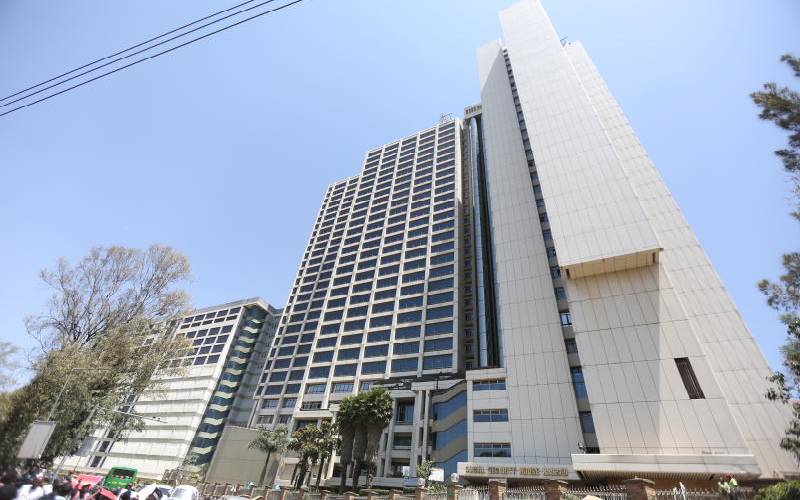 As the coronavirus pandemic ravages economies around the world, the pension market has also been hit hard. The pandemic has forced many employers to cut back on salaries, benefits and in worse cases, lay off employees. As they cut down on their operation costs, a big casualty has been retirement benefits.

The retirement benefits sector in Kenya is experiencing major challenges. These include depressed investments performance, erosion of value across asset classes, poor investment choices, shrinking contributions into pension schemes and closure of businesses underlying the initial rationale of investments.

Because of the pandemic amplifying these challenges we expect a change in future employment policies. Many employers may choose to alter employment terms from permanent to contractual basis to lower their costs towards pensions.

In light of the above realities, most industry players have raised their opposition to the new proposal to allow members access their funds for purchase of a residential home. We take a somewhat different view on the proposal. We feel the opposition to the proposals is reactionary, knee-jerk, and reluctant to adapt to the new ideas that could well see the evolution of the industry.

Four years at fund trained me to oversee Sh250b pool

My tribulations with pension firm NSSF

First we see the proposal as a motivator to several young employees to increase their savings retirement schemes. Whenever we encourage individuals to save for retirement, many of them think of it as a far-off idea meant for older workers. However, the possibility to access the funds for purchase of a home introduces a practical dynamic to the conversation that will be attractive to them.

Secondly, most of the dissenting voices come from sectoral interests that are conflicted. Obviously the access of members’ funds will result in the reduction of fund values and this will trim the incomes of service providers (as we mostly base our revenues on the fund values). But the proposal may open up new opportunities through flexible plans that will lead to increased contributions.

Thirdly, it’s understandable that the proposal introduces increased responsibilities and paperwork to both trustees and service providers. Trustees will have to verify the various applications brought forth by members.

It will require amendments to the scheme rules, education sessions for the members, all of which add more work of scheme management and administration. Nevertheless we must not hastily dismiss the proposal out of a selfish sense of needing to save our energies.

Lastly, the opposition to the proposal is not forward looking. It risks making the common mistake of failing to adapt to the times. Today’s employee has a perspective of life where they would rather contribute money to projects that meet the now rather than the later. Failure to adapt to such a critical mass will entrench the sector into an ever-declining relevance.

To put the proposal in perspective, the realities of our population is that most are youthful who rarely give a thought about their life in retirement hence the phrase ‘kesho ni mwaka ingine’ to mean tomorrow will take care of itself.

Their aspirations and needs in life also differ from one individual to another. There are those who will not give a thought to retirement savings but want at all costs to own a home. The home purchase idea gives them an attractive opportunity to increase their cumulated savings.

One more factor is the aspect in which some people shun saving for retirement as it seems to suggest that they are deferring the immediate utility of their money in exchange for an uncertain future. Instead of opposing the regulation, we propose that the stakeholders unite to lobby the relevant authorities to have the pillars of social security reformulated, promoted, supported, protected, liberalised and strengthened. The proposal offers a realistic route to the acquisition of homes and hence improving the social welfare of members now and into retirement.

The industry should continue to petition the policymakers to give more incentives towards saving for retirement as the current incentives are not enough. The tax burden on retirees needs to be relieved as it has been worsened by the introduction of tax on the lump sum withdrawals for members above 65 years. This has served to reduce the take-home for our senior citizens.

The sector is in the process of massive change. The formulation of various governance policies under the guidance of the Retirement Benefits Authority, the expected Public Service Superannuation Scheme, the increase of the public’s knowledge of their rights and a higher life expectancy all offer opportunity to build a stronger and solid industry. We choose to be open to the changing realities.

-The writer is the Manager – Pensions Consulting, at Liaison Financial Services Ltd.

NSSF: Our past is gone, we can deliver the best services to Kenyans

Why the media should embrace new realities

With regard to reach, it is time we carefully also interrogated what specific audiences media houses (intend to) reach.

By Rose Mwaura | 4 days ago

By Michael Kiptoo | 4 days ago

By Isaac Kalua | 4 days ago