Anita, being an ally is not the same as taking advantage of someone 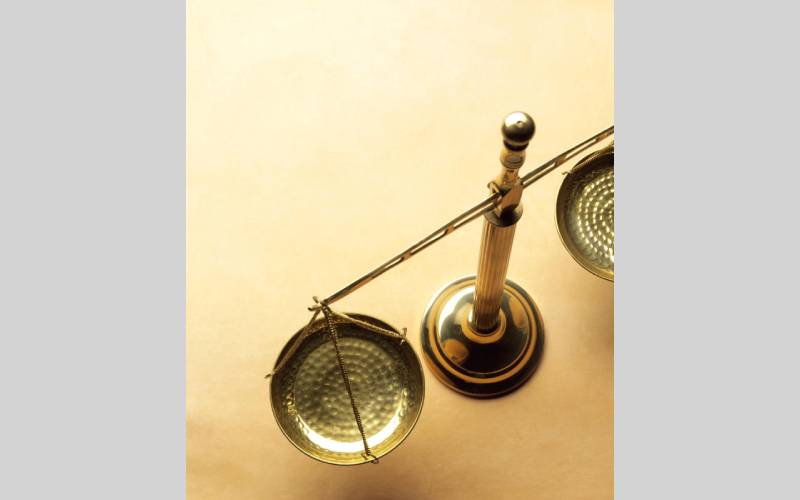 I’ve been thinking about what ‘allyship’ really mean. What does it mean to be an ally? Putting one woman on a board of directors that is majority male isn’t it. Hiring two female senior managers in a workspace dominated by men and male voices isn’t it either.

Educating your girl-children only to disinherit them in favour of their brothers is not it. Uplifting your wives and daughters in private, while putting women down in public is not it either. See, if you’re a man who believes that women’s lives matter, your stance shouldn’t change depending on who’s listening.

Nominating your wives and girlfriends to Parliament certainly isn’t it. And excusing women for bad behaviour isn’t it either. And for real, for real, calling yourself a ‘male feminist’ while still rooted in traditions that degrade and belittle women is not it at all.

As a society, we cannot claim to respect the rights of people living with disability when we have buildings coming up everywhere, most of which are inaccessible to those differently abled. We can’t say that we want ‘shared prosperity’, and equal opportunity for all while paying our domestic workers a pittance, and giving them a few hours off a week. That’s not it.

Bottom line, you can’t support a cause, much less align with it, if you don’t believe in it, and are not fully invested in it. You can’t claim to be an ally for the equality movement -- in any of its guises -- without a genuine interest in the lives of the people you’re aligning with. There are names for that. The first one that comes to mind is lip service. The second is tokenism. And the third is exploitation.

Exploitation is by far the worst. Just look at the #BlackLivesMatter movement, a movement centred around black life, i.e. the very existence of black people in America.

Brands, and the celebrities that support them, are falling over themselves trying to align with the movement because being pro-black is in vogue. In the current climate, black is the new black. Sex sells, but in today’s world, black sells too. And woe betide you if don’t hop onto the underground railway, and if you don’t do it quickly and loudly. It’s less about black lives, and more about how their lives matter for business.

That’s not ‘allyship’ that’s opportunism. And exploitation. Blackness in many ways, has become a prop, a commodity to be leveraged for personal or corporate gain. By publicly ‘standing with black people’ influencers, conglomerates, and popular brands can voice their support – and reap all the benefits accruing – without actually believing that black lives matter. Other words that fit are fraudulent. And hypocritical.

But the words we need to focus on here are alignment, genuine support, and investment in the betterment of the causes you choose to champion. Allies are not in the game to score their own points, or to advance their own points of view. They go in fully expecting to play a supporting role. They go in to play for the other team. And they are typically very much aware of the rules of play before they hit the pitch. Allies are selfless, or at least they should be. Especially when it comes to something as emotive as sexuality and the ways in which people express it. Sex and gender are big things for a lot of people, things that affect people on a robustly visceral level. It’s hard to think rationally beyond religious conditioning, group think, and for some, the internal conflict between what they’ve been taught is wrong and what they feel is right. It really is a can of worms.

And so, for anyone who wants to stand with folks that identify as anything other than heterosexual, a nuanced and sensitive approach is mandatory. Especially in an African setting. You’re not going to get anybody on your side with superfluous displays of otherness.

In fact, that approach just drives people further into their enclaves. You have to think of this as a long game. One which has just begun. Feed people bite-sized bits of information and exploration. Keep your eye on the goal, which is acceptance, no matter what you have to do, and no matter how long it takes.

Parading two hyper-sexualised, gay men on a platform that is widely accessed by a ‘conservative’ audience, with no preamble?  That’s not it, Ms Anita Nderu. That is not it. The goal is acceptance, and that doesn’t come without understanding. You have to lay the ground work before you sashay across the catwalk. That’s it.

- Ms Masiga is Peace and Security Editor, The Conversation

Previous article
Mixed reactions as lockdown is lifted
Next article
Pregnancy made me hate my husband's voice, cooking