The people, not State, should decide projects that matter to them 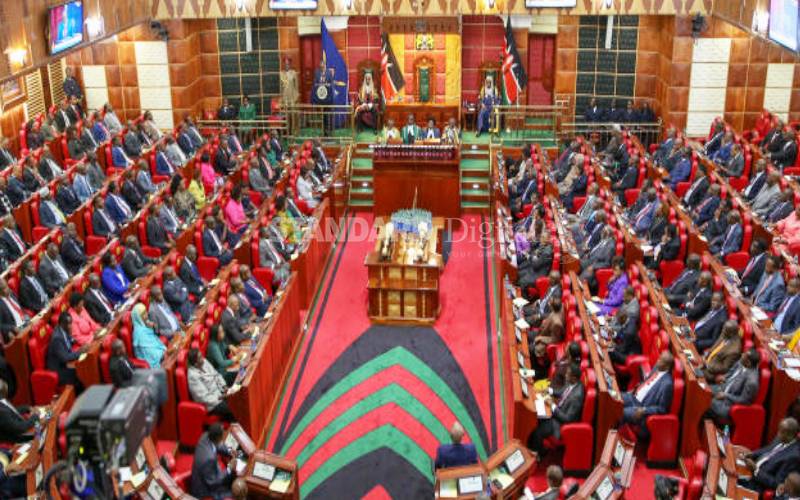 Politicians are usually after one thing; power. Unfortunately, most voters,  never have a counter-demand when the politicians come around asking for votes.

The 2022 General Election campaigns kicked off last year. As a result, few chaps quickly shifted camps, joining those they believed would butter their bread beginning 2023. The hunger for power is disturbingly deep. Of course, power is money. Power is control. Power is prestige. Power is borrowed freedom.

But we also know what power is not for most of the elected chaps; Power means not being accountable. Power, for such leaders, is not a resource for development. Only a few of them use power for development.

We cannot do without elected leaders and as the saying goes, if the mountain cannot go to Moses, Moses has to go to the mountain. When the chaps are seeking votes, we are the mountain. The leaders come to us with their artificially packaged agenda which they hardly anyway when in office.  As soon as they are done with the campaigns, we remain the Moses; always looking out for some politician to solve our problems.

For about four years following a general election, we have to go up the mountain.

We have many power at our disposal; ward representatives, Members of Parliament, county governments, the Senate and the National Assembly. We, the people, should engage all of them to create a balance of power between us, the voters, and the elected leaders.

We should establish our development priorities and demand they . We have to begin with what we expect of the leaders we elect.

However, we must be careful with our expectations.

We should not expect MCAs, MPs senators to “bring development to our area”. These chaps have a very clear job description: Represent, legislate and oversight the other two arms of government, that is, the executive and the Judiciary.

So, let us direct our development expectations to the executive particularly through the elected leaders. We should have a list of priorities that we want and in the order that we want. This is what we should present to the leaders to ensure the executive implements the same.

When political parties merge or form a coalition, each party presents a list of priorities that would have to be respected should they win power. Similarly, as voters, we have a large platform to use to demand better government service delivery if only we can build solidarities with the legislature.

Moreover, some constituents are very strict in measuring the performance of their elected leaders. When a leader does not live up to expectation, they show the chap the door.

The way they do this is by setting conditions; their priority areas to the candidates during election campaigns. The problem though with this practice is that it tends to be exclusively done by clans and well-to-do networks.

However, this needs to be an open-practice through which people at the ward level can set priorities for themselves and ensure the MCA represents, legislates and oversights the the projects.

The ultimate accounting officer should not be the Auditor General but the people in the ward.

Once priorities are well out, the second level of ensuring the mountain comes down to Moses is basically to own the projects we propose. Corruption and misappropriation of funds most rampant in projects that are not owned by the communities. Such are great but without grassroots ownership, such projects turn out to be white elephants.

Big Brother’s developments are launched with rented fanfare groups whereas the people’s projects are launched, implemented by or with the people themselves to completion.

There is no doubt a power balance between the voter and the leader brings out the best development for any community. The bench-marking trips, for example, we dearly pay for can only be useful if the knowledge gained is fed back to the community for discussion and integration into local knowledge.

There is need therefore to generate a priority development list to present and defend before the budget-making institutions and the implementing executives because the Constitution demands public participation through the project cycle.

Chaos as MCAs kick out Oloo as speaker

Ward representatives say Oloo must be cleared of corruption charges before he can reclaim his position.