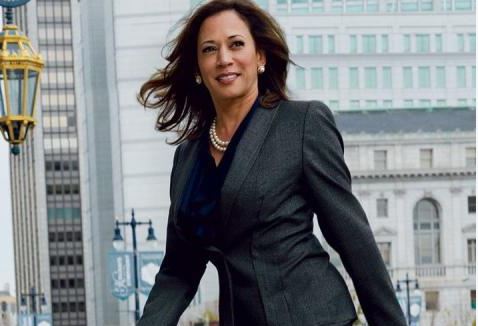 Kenyans, like many other people, like associating with winners and the difference can only be that we tend to overdo it and at times even give ourselves credit for other people’s victory.

It can be said Kenyans love spreading and receiving positive vibes, but it can be argued, successfully that their act is of a people bereft of their own winners or a people who cannot produce winners. And so last week, Kenyans were elated when Joe Biden and Kamala Harris (pictured) were announced as the US president-elect and vice president-elect, respectively. People around the world congratulated the duo, and Kenyans were not left behind.

One Kenyan leader posted on Twitter that “a few years ago my persuasion coach said I reminded her of a US Senator called Kamala Harris” and added that she started paying attention to Kamala’s career after she realized they share a birthdate.

For that, Nairobi Woman Representative Esther Passaris received more wrath than Donald Trump as Twitter users felt she was making Kamala’s success about herself by comparing her looks with hers. They asked what she had done as a leader and Nairobi Senator Johnson Sakaja even taunted her that “Oh wow. Even your names... Esther Pass-Harris…”

Taunts aside, twitter users asked what Passaris and other Kenya’s women leaders have done to improve lives of their voters, specifically women. That is a bit harsh on women leaders because the country’s political leadership has been a Boys Club, thus, if having positions should mean better lives, but there is no change, then men should be blamed since the policies they formulate hinder women’s progress.

But it should not be forgotten that in mid-1990s, when current Kitui Governor Charity Ngilu announced she would run for the presidency, she was denounced by the top leadership of Kenya’s largest women’s organisation, Maendeleo ya Wanawake.

Could it be that Kenyan men have more faith in sisterhood than in brotherhood, they believe in sorority than fraternity, and expect women to perform better than them or to automatically support one another, while at the same time they formulate policies and laws that limit women’s ascent or block their path to positions of power?

A few days ago, male governors were opposed to a proposal in the BBI report that, going forward, deputy governors should be persons from a different gender as the boss. Simple statement anyone can understand, but it had to be contested by the men because they are convinced their divine rights are being curtailed and women are being sneaked in to their sanctum.

Their reaction proves they have it in their minds that only men can be governors and they cannot imagine that they can be deputies to women. But we should not fail to recognise that women in the caucus stopped canvassing and the proposal was dropped altogether. Such moves beg the question: Why are Kenyans against women — why are systems and governance structures skewed against women’s progress so much so that we can only feel proud that we share birthdates, and not ideals or deeds, with Kamalas of this world?

There have been opportunities for well-meaning Kenyans to unite and fight for women, but opposition to that comes from surprising quarters if you consider what Nobel Laureate Wangari Mathai once said of Kenya: “Women within government see it as a privilege to be among men and therefore do not want to rock the boat.”

In The Abortion Debate in the World Arena, Dr Andrzej Kulczycki notes that in Kenya, women leaders have been castigated for being “careerist, weakly committed and playing to the tune of patriarchal system. Their failure to lobby more ably for change indicates a lack of effective and visible leadership.

“This is true even after allowing for the gender inhibitions and institutionalised discrimination which impede women’s leaders from more clearly articulating their positions but which can also quickly become a rationalisation for a lack of action.”

That cannot be gospel truth but it offers an insight in to the minds of Kenyans. In the book, Kenya features in a chapter titled ‘The Tyranny of Silence’ and Dr Kulczycki notes that “the lack of organised feminist community hinders attempts to promote women’s rights. There are many women’s groups but they tend to be weak or unrepresentative, structurally and geographically isolated.

“Most exclude the young and the poor and there are deep divisions between the elite women who run these groups and those they claim to serve. The lack of sensitivity and awareness of women leaders … is tied up with a general indifference and class bias…”

So, with that kind of a collective mindset, can Kenya produce a Kamala Harris, or Kenyans will just be happy that they can produce Kamala Harris look-alikes?

-The writer is an editor at The Standard. @Mqhlay

Previous article
How to invest in yourself
Next article
Tea: Last cash crop standing but for how long?

Why Women should move towards leadership positions

Just like Americans, we must send away the hate mongers

Kenyans must take charge of their future in the New Year

Nairobians deserved Sonko and Kenya has many politicians like him

Why all Kenyans are guilty of doctors’ deaths and suffering

Let's put the blame where it belongs on costly education