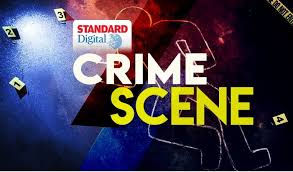 Residents of Gatheri village in Murang’a County are yet to come to terms with a bizarre incident in which a mother stabbed her one and a half year old child 15 times, killing him.

According to the police, the body of the child had stab wounds in the stomach and neck when relatives discovered it.

Neighbours say the 18-year-old woman appeared disturbed before the shocking incident, and it was after failing to see the boy that they raised an alarm.

A neighbour, Margaret Njambi, who said they have never witnessed anything as bizarre as this in the area, called for thorough investigations to unearth the circumstances behind the killing.

Murang’a East sub-County Police Commander Alexander Muasya said the woman who is in police custody will be taken for a mental assessment.

The body was moved to Murang’a District Mortuary awaiting a postmortem.

After the police are through with investigations, she will be charged with murder, the police boss said.