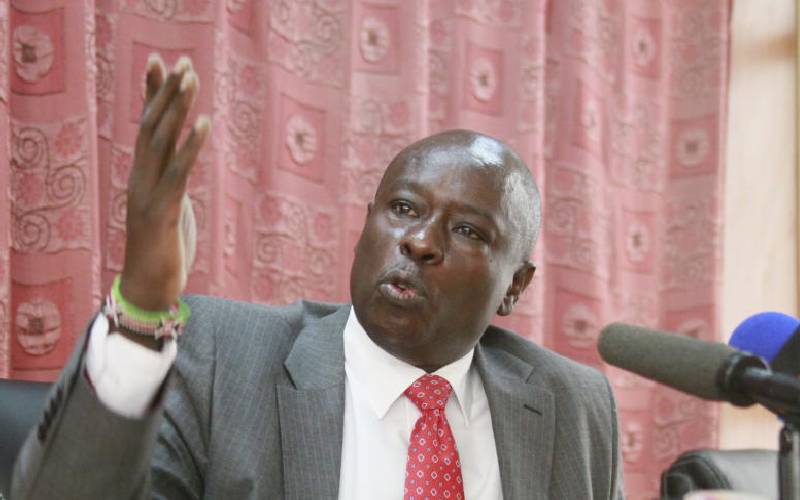 The High Court in Nyeri has given Mathira MP Rigathi Gachagua (pictured) two weeks to file a response on why he wants the cost of an election petition filed against him to remain  Sh10 million.

Justice Jairus Ngaa has directed the legislator to file his affidavit on why the cost of the petition filed by Michael Gichuru should be capped at Sh10 million.

Gichuru, a photographer, was jailed for a month in April for failing to pay the lawyers involved in the petition the said amount.

He was sentenced last month by Nyeri High Court Deputy Registrar Damacline Bosibori after he failed to pay the legal costs arising from the petition.

Through lawyer Sam Kinuthia, he has now sought reference to challenge the decision on the cost and civil jail.

But yesterday when the suit came up for mention, the MP, though lawyer Wahome Gikonyo, applied to be granted 14 days to file replying affidavit.

The petitioner had moved to court last year to have the MP's win overturned on allegations that he was not validly elected, claiming the whole process was marred with irregularities.

Gichuru had claimed all forms in the elections were not authentic and therefore results declared were not valid.

Health Executive reassures that health facilities will get supplies in seven days.

By Timothy Kariuki and Jane Mugambi | 20 hours ago