Automobile Association of Kenya (AA Kenya) has introduced a programme that will train children in schools on road safety.

Under a programme dubbed ‘Children Traffic Park’, AA Kenya — in conjunction with the Federation Internationale de l’Automobile (FIA) Foundation for the Automobile and Society — school going children at primary level will be taught traffic rules and regulations under the banner ‘catch them early’.

Speaking at a press conference to highlight the dangers of reckless driving during this holiday season, AA Kenya Chairman, James Murigu, said the move will help cut roads accidents on Kenyan roads.

"Statistics indicate there are more than 1.2 million cars on Kenyan roads, with fatalities from road accidents averaging 3,000 per year; making Kenya one of the countries with highest number of road accidents in the world," Murigu said on Thursday at the KICC.

"Most of the accidents that occur on our roads can be avoided through education, and attitude adjustment among our drivers; and through proper design and safe construction of roads."

According to statistics released by the FIA, road carnage globally costs a whopping $500 million. And some 10 million people are injured, while 1.2 million persons die each year globally. Of this, 65 per cent are pedestrians, while 35 per cent are children.

By 2015, road accidents will be the leading health burden for children over the age of five in developing countries.

"Road carnage in Kenya is ranked the third highest killer after malaria and Aids. It is against this background that the AA Kenya will rehabilitate four children’s traffic parks in Nairobi, Nyeri, Kisumu and Kakamega," said Murigu.

He appealed to the Ministry of Education to entrench compulsory traffic training in school curriculum to build capacity, and create road user awareness in the country.

He also called upon the private sector to fund the Road Safety Training Programme.

"Many children die from hit and run accidents on our roads, especially on estate roads. The objective of this programme is to make youngsters aware of the rules to be followed while crossing a road, zebra crossings and traffic signs."

Manu Chandaria, a leading Kenya industrialist, urged the State to develop spinal injury units in major hospitals in the country to ease the congestion at similar units in Nairobi, and increase accessibility for those in the rural areas.

"Those injured and paralysed go through a painful journey before they are healed. We need to ensure they cared for by putting up hospitals with specialised spinal injury units closer to the affected, especially at counties," Chandaria said at the AA Kenya function.

AAK Director General David Njoroge said Children’s Traffic Park Programme has been beneficial to more than 30,000 school going children since its inception, and invited the co-operation of Ministries of Roads, Education, Roads, Transport and the Kenya police. 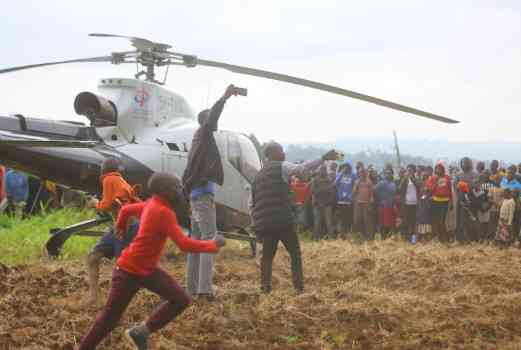 Hang off helicopters at your own risk, KCAA warns
KCAA termed the Kiegoi incident unfortunate, confirming that the culprit was arrested and is in police custody.
National
By Mate Tongola
6 days ago 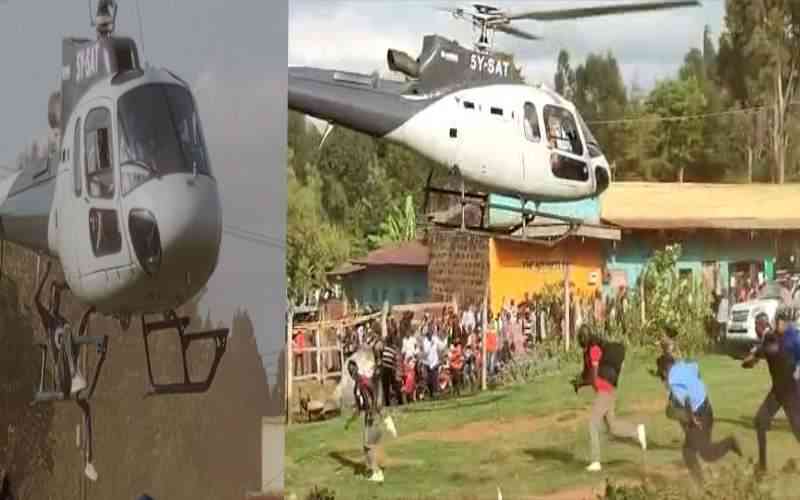 How Taabu lifted Mwamba to Driftwood rugby Sevens glory
Kenyan international Daniel Taabu was voted the Most Valuable Player (MVP) after helping his club Mwamba win the third leg of the 2022 National Sevens Circuit
Rugby
By Washington Onyango
8 days ago
.

By Editorial 3 4 minutes ago
Zoning an affront to aspirants, democracy

By Elias Mokua 3 34 minutes ago
In State House race, big margin victory will be good for Kenya