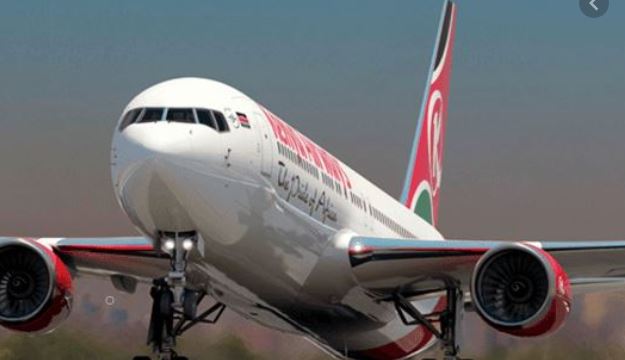 NAIROBI-KENYA: The Kenya Airline Pilots Association (KALPA) has reached out to President Uhuru Kenyatta to save over 4000 families likely to be affected by job cuts.

The Kenya Airways which is fighting to stay afloat from the effects of coronavirus on Tuesday started laying off its employees in what it terms a right sizing exercise that is expected to conclude on September 30.

In a statement, KALPA termed the move as a short-sighted effort that should not be allowed to materialize following the bigger picture to nationalize the carrier. It also noted that the decision to downsize KQ operations will impact the larger economy risking Kenya’s strategic relevance as a regional hub for both passenger traffic and cargo.

“Your Excellency, as opposed to issuing letters of redundancy amid a pandemic - a move that will severely impact over 4,000 families who directly depend on Kenya Airways and the adverse net effect of the same, industry stakeholders have the opportunity to consultatively reposition the Airline to strategically fill the gap left by the closure of Air Mauritius and South African Airways,” reads a statement signed by KALPA CEO Captain Murithi Nyagah.

Part of the association recommendations to steer the airline from financial problems include the equitable representation of experts in the aviation sector on the board and management of Kenya Airways.

KALPA is also calling for strategic integration of the Airline with other sectors of the domestic and regional economy that heavily depend on timely connectivity - including export agriculture and tourism -, a move that will not only safeguard jobs within the wider Aviation sector but will further bolster the Airline’s contribution to the economy.

“Our proposal is for the optimization of fleet operations and crew to reposition the Airline as an agile player in the underserved cargo market; and also we propose diversification of the Airline’s business model through innovative routing and deeper economic integration,” said Murithi.

The loss-making Kenya Airways is fighting to stay afloat as it continues to suffer the effects of the coronavirus pandemic that had at some point grounded nearly all its operations save for cargo.

The carrier said it had on Tuesday started terminating contracts of the staff who had been hired effective January 1 from the outsourced companies.

In a statement to employees, the firm said following the outbreak of Covid-19, its business needs had shifted and the company could no longer sustain the expanded workforce.

Unionisable staff might, however, be saved from the axe, at least for now, following a court order on July 10 after the Kenya Aviation Workers Union (KAWU) objected to the move.

The Employment and Labour Relations Court restrained the implementation of any right-sizing initiatives by KQ, saying it would contravene the Collective Bargaining Agreement (CBA) between the airline and KAWU.

An insider said KQ has also notified its staff that the order only applied to KAWU members and does not extend to other staff.

The firm’s employee costs, which include salaries and other benefits, went up by Sh1 billion to Sh17 billion by the end of the financial year to December last year from Sh16 billion in 2018.

The videoconference hearing was the first time the four CEOs have appeared together before lawmakers.

By Collins Wanderi | 4 days ago

By Elisha Kamau | 8 days ago

By McKinsey Global Institute | 10 days ago