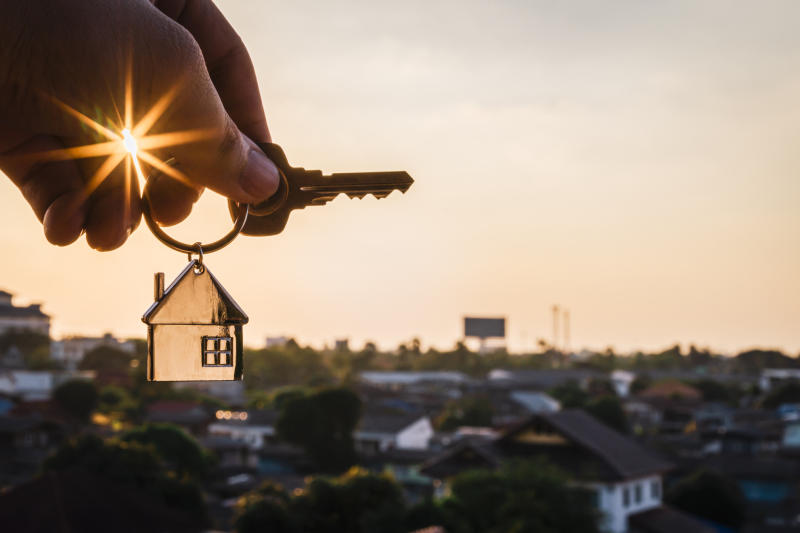 Negotiated prices for houses, especially in the wake of Covid-19 have made off-plan housing more attractive than ever before.

With prime rents and prices of houses dipping as the world adapts to the pandemic, discounts on off-plan housing have become even higher.

And fearing another pandemic, experts say, many people prioritised homeownership, further driving up the uptake of the off-plan model. This is in contrast to the pre-pandemic trend where the model was shunned over rampant cases of fraud.

The growing popularity of off-plan buying is also on the back of flexibility in payment, which has attracted more developers in the market. Nashon Okowa, a construction project manager in his book, Don’t Buy That House, roots for off-plan housing, citing several advantages accruing from this model of homeownership:

Those who can pay upfront before the ground-breaking of a project end up paying way less than those who wait until a project is complete so they can buy.  “Also, as a project financing model, and like in most other sale industries, most developers offer good discounts to early-bird buyers for projects,” says Mr Okowa. He says that the sale prices of houses in most developments are normally done in graduated tranches. “For instance, you will find that the first 10 units have a certain price for a certain period, then the next 10 a certain higher price than the first 10 for a certain period, again. As the construction progresses, developers are normally emboldened to increase house prices, especially if this was part of the project financing model.” As they try to lure buyers and also secure some financing ahead of construction, developers will offer the best possible rates to buyers, making off-plan affordable, and considerably below market rates.

“Unlike existing, finished properties that may require one-off payments or large upfront sums, off-plan purchases can be split over several weeks or months, based on agreed milestones during the construction period,” says Mr Okowa. In some instances, he says, the buyer is only required to make a 10 per cent down payment, and then the balance can be spread in constant monthly instalments (or based on agreed milestones). This flexible method of payment is manageable for many people who might not have the lump sum required for a one-off purchase. As such, it is seen as affordable as it leaves people with considerable disposable incomes even as they finance their off-plan units.

The ability to determine how you want your house to look is an added advantage in off-plan buying. Imagine your breakfast is being prepared in the kitchen, and you are there to give instructions on how you exactly want it; that is exactly how off-plan works, the buyer can give specifications for their house before and during construction. “This can be massively easier and more cost-effective than having to redo work that has already been done if you bought an existing property,” says Mr Okowa. “Lately, most developers have been very accommodating to buyers. It has indubitably become an area of competition among developers...” For buyers who want to make changes to a completed unit, he says, it often gets “messy and untidy,” and could be very expensive. “Off-plan purchases can allow you to decide whether you want an open or closed kitchen. It can allow you to choose your house tiles or paint colours. It can allow you to generally customise your house as you would like while the construction is ongoing,” adds the construction project manager.

As a developer sets to work on a project, he is bound to give very good discounts for the initial units to attract buyers. This allows the project to proceed to the construction phase. “This can be an attractive venture for buyers who intend to resell at the end of the project. With these good discounts and over, say, a two-year construction period, the property price inadvertently increases to allow a buyer to resell the property with good margins,” says Mr Okowa. These buyers make high returns in a resell, and in some cases, they do not have to wait until the project is complete. “As long as an attractive offer comes their way, they quickly resell, make their cut and walk away,” he says. They do not have to have paid the full amount for the property. Whoever buys from them is liable for making the remainder of the payments.

The biggest problem in the off-plan model has been an influx of fraudsters, who disappear once they have gobbled up investors’ money and are unable to continue with construction. The inconsistency by buyers in making payments at the onset, which would be used as capital for construction, has also seen many projects collapse.

Miscalculations by developers, including lack of alternative sources of capital should investors default on payments for whatever reasons, have also left many buyers counting losses.

“The developer may be so ambitious to start a large project with the hope that buyers are forthcoming. The project stalls if there are not enough investors,” says Prof Paul Maurice Syagga, a former lecturer of land economics at the University of Nairobi’s Department of Real Estate, in a previous interview with The Standard.

Prof Syagga warns that it is also possible that developers might be fraudsters operating a pyramid-like scheme. He also notes that Kenya lacks clear regulations governing off-plan sales.

Prof Syagga further cites the proliferation of uncertified developers or professionals working for one, unreasonably low prices of property, a contract that barely protects the investors and the developer’s attitude in responding to buyers’ queries as some of the red flags to look out for in an off-plan agreement.

Virtual real estate is really booming, but is it a crazy idea?

While virtual property doesn’t provide physical shelter, there are some parallels. In shopping for virtual real estate, you could buy a piece of land to build on. Or choose a ready built house.

Poor leaf quality is to blame for the disparity in the tea bonus earnings between farmers in KTDA in East of Rift and those in the West.

Married? Why you should own property via joint firm with your spouse

How Airbnb craze is giving hotels a run for their money

By Francis Ayieko | 3 days ago

Things look up again for office market after pandemic hit

When community land is to be acquired for public use
Feedback