President Uhuru Kenyatta met Rift Valley governors for a briefing on the upcoming rally in Nakuru, during which he reportedly stressed ODM leader Raila Odinga’s key role as his partner in the Building Bridges Initiative (BBI).

Uhuru emphasised that he would not want the meeting scheduled on March 21 at Afraha Stadium to cause divisions that might inflame ethnic passions. The meeting with the nine governors at State House on Monday came on the backdrop of rising political tension in the region.

Uhuru is said to have explained that Raila, with whom he struck the March 9 2018 deal to calm tensions following the disputed presidential vote, and through which they jointly identified nine areas that needed redress to secure the nation’s stability and prosperity, had a key role in the process.

“I am the architect of BBI and my elder brother Raila Odinga being my partner in this initiative must be allowed to lead the process,” a governor who attended the meeting quoted the president as saying.

The president is said to have stressed the importance of inclusion and why the Kalenjin nation must not isolate herself from the rest of Kenyans. He directed the governors to ensure the Nakuru meeting was all inclusive, peaceful and devoid of ethnic hatred.

“The President instructed us to ensure all the leaders, including those from the Opposition, are given a chance to air their views at the rally. He does not want the meeting to be a trigger for ethnic hatred that will leave the region divided. He wants the message from Afraha to be that of peace and unity,” said a governor who spoke on condition of anonymity.

Nakuru Governor Lee Kinyanjui, who will be the host, said the meeting with the president was meant to receive his blessings to build a united platform for BBI. “As we have previously indicated, Nakuru must recapture the lost spirit of BBI. We need to live up to the true meaning of building bridges. That’s what the president is insisting on.”

“This is why the character and spirit of the Nakuru rally will be to bring divergent views together and reverse escalation of negative rhetoric,” Kinyanjui said.

“The message is that even if we differ it should not cause enmity. That is all the more reason to discuss issues to improve our country. Surely we have many things that we can agree on about our country,” said Mr Muriithi.

After the Rift county consultations, the counties making the Rift Valley bloc will converge in Eldoret on Thursday to consolidate views into a memorandum to be submitted to the Haji team at the Nakuru meeting. Some leaders from the region had vowed not to attend the meeting should Raila be the one to receive their recommendation to the BBI task-force.

Initially the Nakuru meeting scheduled for March 7 - and that of Eldoret - were cancelled on the back of rising political tension after a group of Jubilee Party MPs allied to Deputy President William Ruto made demands. The leaders wanted Uhuru and his deputy to attend the meeting, saying they did not recognise Raila’s stewardship.

This prompted Kinyanjui and Tolgos to push forward the date for the joint meeting, which will involve 10 counties of the Rift Valley. The two were tasked by the president to coordinate BBI activities in the region. Another governor who attended the meeting said: “He challenged us to go back to the grassroots, mobilise people and assure them that BBI means well for the region.”

The governor added that Uhuru was concerned with the hard line stand taken by a section of Rift Valley leaders over BBI. Prof Lonyangapuo said his colleagues committed to unity and inclusivity during the rally.

“I joined my colleagues from Rift Valley for a consultative meeting yesterday with Uhuru at State House. We briefed him on the preparations for the BBI rally to be held on March 21 in Nakuru. We are committed to ensure there is unity and inclusion of all stakeholders in the upcoming rally,” he said.

The governors have embarked on series of consultative meetings in their respective counties to rally their troops in readiness for the rally.

“He (Uhuru) has asked us to bring everyone on board in the BBI process. And I want to urge our people in Rift Valley to come and let us reason together on this issue. As the leadership of Kericho County, we wanted to have a voice on this matter and contribute to this national discussion,” said Mr Chepkwony.

The county is scheduled to hold a meeting today with stakeholders and opinion leaders at Kericho Teachers Training College. 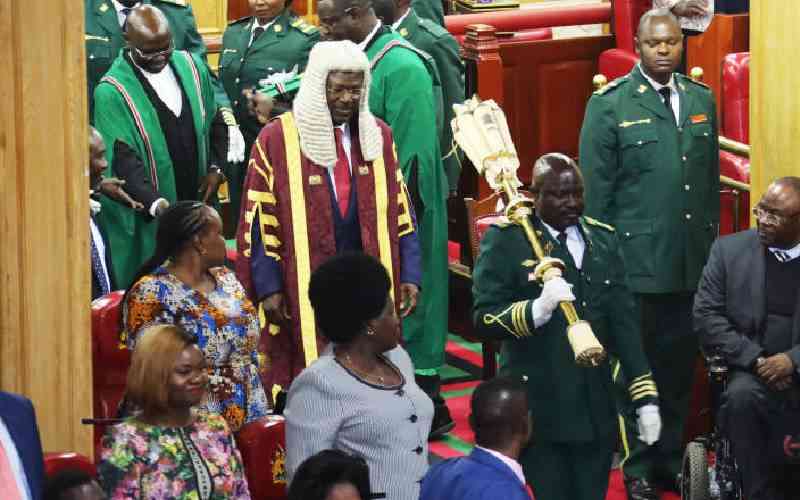