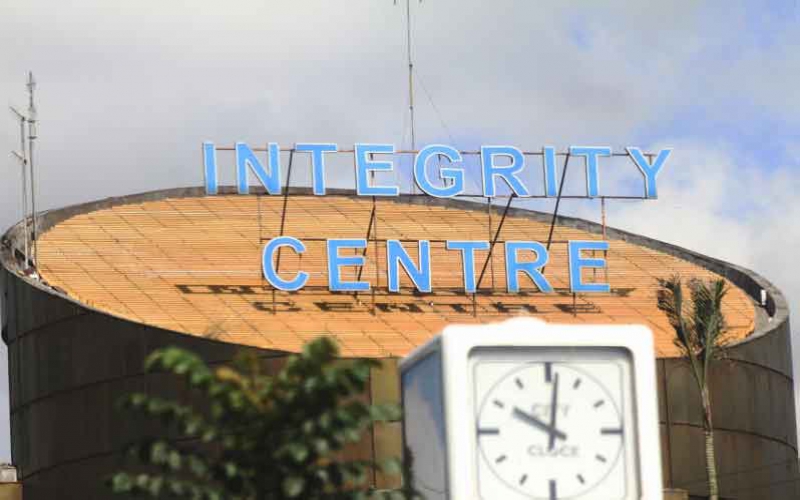 The so-called dragon of corruption has, for long, befuddled us. Throughout the years, it has seemed like a mirage. Just when it seemed within reach, it has slipped and vanished to the horizon.

The hunt for this dragon has attracted all sorts of tough-talking czars. Sailing into office, they have threatened to slay it, once and for all, sometimes putting a timeline to it. Of course this mojo has quickly fizzled out.

Once upon a time, this city was treated to a season of dramatic, high-noon arrests of senior members of society. The end-of-week pounces under the excited glare of media had gotten so pervasive, some started walking around with a knapsack full of warm clothing for napping on the cold floors of police cells. It was better to be prepared when the cops came calling. Again, this too, quickly fizzled out.

This dragon, it appears, has figured out how to play Houdini with the czars. Exasperated, the boss of bosses once famously asked what we wanted him to do about it. Later he would declare it a national security threat – such declarations have always failed to yield much, though. No wonder the lack of enthusiasm about acceding to calls to declare it a national disaster and have everything thrown at it. Haven’t we done this already?

Still, we remain hopeful. That the dragon will be slayed in our lifetime. That the so-called dark forces that reportedly fight back when cornered, with so much fury that it scuttles any gains made and extinguishes any hope left, will be defeated.

We never tire, though. We keep fanning the flickering flames of hope to keep them from dying out. Keenly, we watch czars, their minions and higher-ups for any sign that victory is finally within reach.

The global rankings no longer do a thing. It is no longer news that now, even the corrupt call us corrupt. Locally, a grading of agencies and institutions, according to their position on this list of shame easily passes unnoticed.

Not that we have stopped hoping. Any activity that advances the anti-graft war will always draw massive excitement. Doesn’t hope spring eternal?

It is the reason our hope has been strengthened by the recent convictions in a long-running graft case. That the sentence handed down, much as it resembles a senior citizen’s age, will deter offenders. That the fines, which could pass for an allocation in the national budget would mean something. That, most importantly, the harsh treatment against architects and executioners of graft will be sustained. Still, it is difficult not to be skeptical. Perhaps it is still too early for the talking heads to begin making pronouncements about calling a win in this war. It might just be too soon to begin nursing expectations that this is how such matters will be dispensed forthwith – that the fight has gone full blast and the oft-talked about full force of the law is being faced.

One would not blame the skeptics. They have had their emotions played with and hearts broken, a couple of times. There have been numerous cases of such high profile arrests and convictions hitting a dead end. Senior members of society have been impeached and others forced to step down, only to be handed back their big offices soon after. Sometimes, it appears like the system has a backdoor through which convicts sneak out and get on with their lives.

At the end of the day, these strong feelings about corruption are not misplaced. Graft has constantly kept us from the promised land. Imagine the incredible opportunities that could be unlocked by annihilating this dragon. Public funds, most borrowed on stringent terms, will do what they were intended for. Corruption has also encouraged cutting of corners, and failing to deliver value for money to the public.

The day corruption lies on its deathbed, throwing its last kicks, will mark the beginning of a reversal of all this. More critically, it will weaken the warped narrative that crime pays.

Perhaps, those agonizing about legacies should pick up this cross. Forget the roads and railways and all these other cute mega things. The best way to secure a place in history is by dealing a body blow on corruption.

By African Food Fellows | 5 days ago

By Nicholas Mutunga | 8 days ago

By Patrick Muinde | 12 days ago