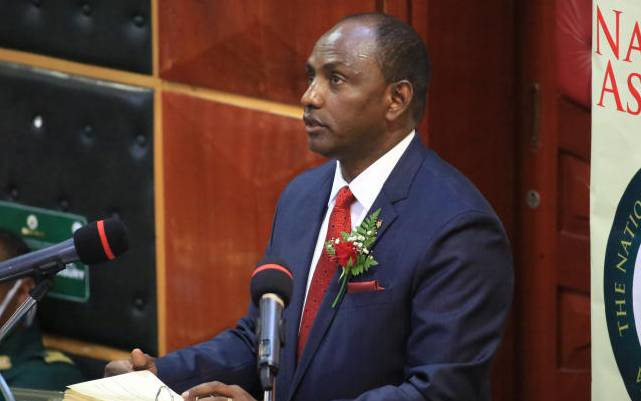 The National Treasury and Planning Cabinet Secretary Ukur Yatani (pictured above) has said that his ministry intends to fight for the reintroduction of excise duty on betting within the next six months.

According to a statement from the ministry, signed by the CS Yatani, the government is not willing to renege its push towards mopping out the vice. Yatani said in the statement that the move will be even more beneficial to young people, who will be rechanneling their energy on engaging in legal ventures.

“Following various consultations and in line with government’s commitment in mitigating against the social vices associated with betting activities, The National Treasury and Planning will be proposing to the National Assembly the reintroduction of excise duty on betting within the next six months,” CS Yatani noted in his statement.

Should the National Treasury have its way on the floor of the House, the taxation may be felt in 2021 once backed by legislation.

The statement by the CS comes after media reports surfaced that the excise duty on betting had been expunged after the enactment of Finance Act 2020. Yatani confirmed this by elaborating that the duty was indeed removed at the Committee Stage of the Bill.

The government in 2018 introduced a 15 per cent betting tax on the companies and a 20 per cent withholding tax on winnings. This was then followed by introduction of a 20 per cent excise duty on amounts staked during betting. Betting companies opposed the move as they considered the excise duty too high hence making them suffer losses.

Explainer: How U.S. airlines are trying to stop Covid-19 on flights

Most US airlines are taking what they call “a layered-approach.”