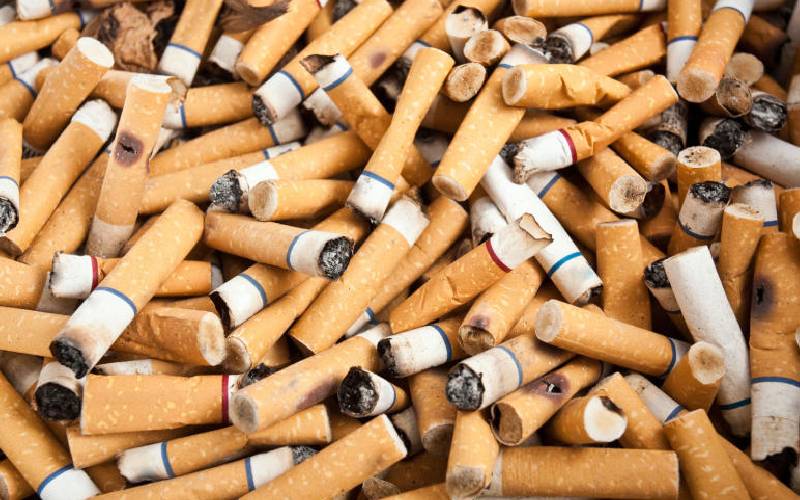 The war on counterfeit products appears to be failing, despite the increased push by both the State and private sector entities to rid the market of the contraband.

According to BAT Kenya, over 14 per cent of the cigarettes sold locally last year were counterfeits. This was higher compared to 12 per cent in 2017.

The firm said illicit tobacco products estimated at 700 million sticks denied the State  Sh2.5 billion in revenue, while the industry was being starved of Sh800 million in profits.

“At the end of 2017, we commissioned independent third-party research which found that 12.4 per cent of the cigarettes sold in the market were illicit - either having been smuggled into the country, destined for a lower tax market that was never reached, or produced in Kenya with forged tax stamps,” said BAT Kenya managing director Beverley Spencer-Obatoyinbo.

This was during the firm’s briefing on the 2018 financial results in Nairobi on Thursday.

Other industry players, she noted, have also recognised the prevalence of counterfeits, denied their involvement and raised similar concerns with relevant authorities.

In May last year, President Uhuru Kenyatta mooted a multi-agency taskforce to fight the illicit trade. The task force reported in December that it had seized counterfeit goods worth Sh8.5 billion.

Ms Obatoyinbo said the fight could be effective if the State and industry struck at the heart of counterfeiters and illegal manufacturing hubs or distribution points.

So far, the fight has focused on retail points. In the year to December, the firm made Sh4 billion in profits.

The board has recommended paying 85 per cent of this – or Sh3.5 billion – to shareholders as dividends. The firm said it was evaluating the introducing e-cigarettes.