Inside fight between Kenya, IMF over financial inclusion 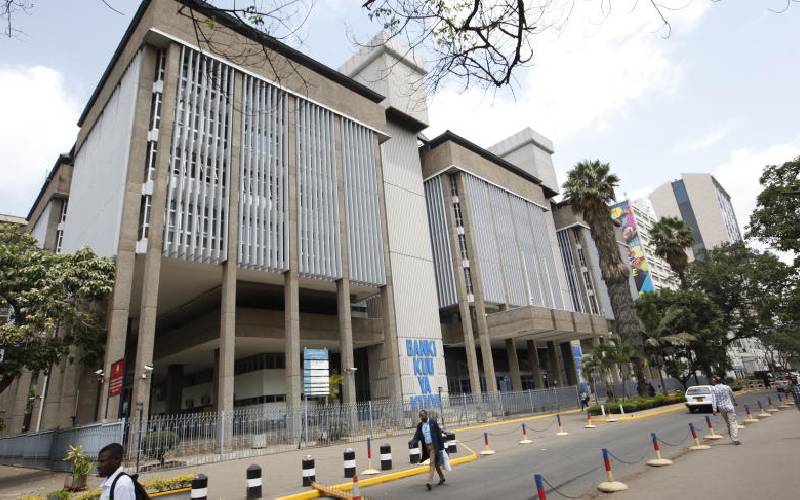 This comes as Kenya and two other Sub-Saharan countries have protested against the fund’s stifling obsession with stability in their respective banking sectors while paying little attention to such new innovations as mobile banking.

“IMF staff also explained that given the vulnerabilities faced by banking systems in these countries, financial stability was critical for the success of the authorities’ financial inclusion agenda,” said Mr Ncube.

“In Kenya, for example, capital and liquidity weaknesses faced by some banks hamper depositor confidence and hinder financial inclusion.”

According to Ncube, IMF believes that financial stability is the bedrock for financial inclusion.

Currently, Kenya does not have an arrangement with the IMF after relations between the two went sour in 2018 due to the former’s inability to keep up with IMF conditions, including removal of interest rate controls and reduction of debt.

Also, for the first time, the report cites IMF acknowledging that the failed efforts by Treasury to remove interest rate controls were instigated by the Washington-based institution.

According to the report, IMF staff engaged the CBK, commercial banks and other stakeholders on the impact of interest rate caps on financial access, economic growth and financial stability.

“A staff note analysing the issue that was shared with the CBK reportedly informed the authorities’ subsequent effort to reform interest rate controls,” says the report.

However, Kenyan authorities have reportedly been irked by the fund’s meddling, especially its obsession with financial stability at the expense of financial development and inclusion.

The authorities - including Central Bank of Kenya and National Treasury - argued that in its review of the country’s macro-economy, IMF does not take into consideration the country’s fintech innovations.

While acknowledging the fast growth of mobile banking, which has taken a huge chunk of financial transactions, the IMF however felt it “still represented a small share of transactions by value.”

In 2018, there were 1.8 billion mobile money transactions in Kenya valued at Sh4.8 trillion.

Kenyan authorities are also said to have taken issue with the technical expertise of the IMF staff that review the country’s economy. Moreover, they wanted an analysis with a regional outlook.

But the IMF is said to have hit back. On accusation that it was not keen on promoting inclusion, the fund is said to have directed authorities from the three countries to its sister Bretton Woods institution, the World Bank, whose mandate, according to the IMF, is to promote inclusion.