The year presented a mixed bag of treats for many business leaders as the economy sought to recover lost ground from the tumultuous 2017 General Election.

For many executives across various sectors, 2018 kicked off on a slow note with overall inflation sitting at 6.3 per cent.

March 9 saw President Uhuru Kenyatta and Nasa chief Raila Odinga come together in a show of unity, quelling political tensions between the Government and the opposition.

The Standard on Sunday highlights some of the people and businesses that encountered significant challenges or opportunities during the past year and examines what lies in store for the New Year. 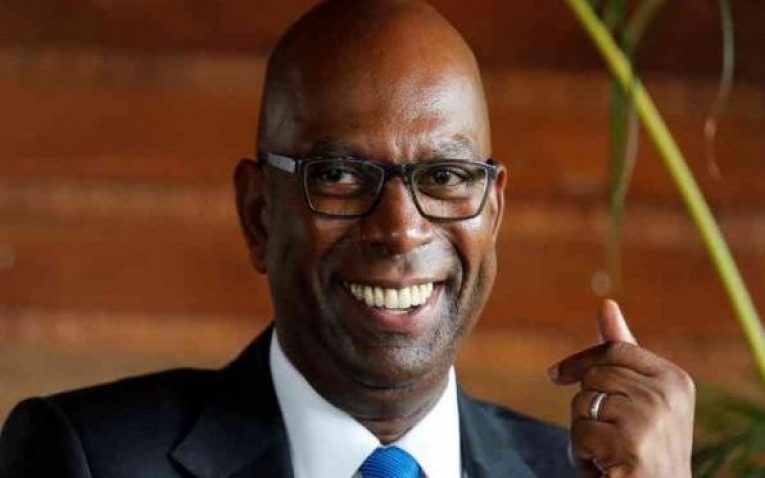 After nine months away on sick leave in London, Safaricom Chief Executive Bob Collymore came back to the country and resumed his duties at a turbulent time for his company.

During the release of the company’s full year results in May, Mr Collymore addressed investors through a video link promising to return soon as his treatment was progressing well.

Three months later he made a surprise appearance before Parliament’s ICT Committee where he fielded questions for three-and-a-half hours on reports of Safaricom’s dominance in the telecommunications sector.

The committee hearing was part of a year-long attempt by the industry regulator Communications Authority of Kenya (CA) and Members of Parliament to introduce regulations targeting Safaricom after rivals called for the company to be declared dominant.

“There has been no finding of anti-competitive behaviour or any abuse of dominance in this sector,” Collymore said in his submission. “In addition, the CA consultant has found no indication of the same from their study.”

The dominance debate will remain at the heart of the sector activities in 2019, especially following recent outages experienced on the M-Pesa network that prompted the Government to order a probe.

“The messages that we received from our customers from all over the country served to underscore the fact that M-Pesa has become an integral part of our lives,” said Collymore.

“I’d like to take this opportunity to apologise for the recent M-Pesa outage and to acknowledge, with gratitude, the patience and goodwill shown by our customers as we worked to resolve the situation.”

With the two-year extension on his contract expiring next year, Collymore’s order of business is long. First, the CA is planning to implement the dominance report as soon as the first quarter, which could have significant implications for the company.

At the same time, a second study commissioned by the authority to look into regulatory gaps for over-the-top service providers as well as a proposed data protection law could affect the business model of some of the company’s key products including Masoko, Songa, Digifarm and M-Pesa.

Billionaire Pradeep Paunrana and the woes at his family’s business, Athi River Mining (ARM), continued to dominate headlines in 2018.

The firm that was once one of the largest manufacturers of steel and cement products in the country was placed under receivership this year after failing to meet part of its financial obligations, with debts of Sh14 billion.

“For the year ended December 31, 2017, the group and company incurred a net loss amounting to Sh6.5 billion and Sh4.2 billion respectively and as at that date the group’s current liabilities exceeded its current assets by Sh13 billion and accumulated losses amounting to Sh2.9 billion,” said audit firm Deloitte in report of the company.

Mr Paunrana holds a nine per cent direct shareholding in the firm valued at Sh497 million as well as another 137 million shares held under the firm Amanat Investments Limited and valued at Sh763 million going by the firm’s last listed share price.

In August, creditors pounced on what was left of the company in a bid to recover their debt, and the Capital Markets Authority subsequently suspended the company’s stock from trading at the Nairobi Securities Exchange.

The coming year will see the company’s administrators evaluate several bids made on the company, including one by Nigerian construction mogul Aliko Dangote through his firm Dangote Cement.

Oman cement firm Raysut Cement Company is also in the running to buy the company after announcing a Sh10 billion offer in November.

In the steps of General Motors’ global head Mary Barra - who is recognised as one of the most powerful women in corporate America - Isuzu East Africa boss Rita Kavashe wields considerable influence in the region’s manufacturing sector.

Ms Kavashe started working at the firm as a sales representative, rising up the ranks and in 2011 the firm made her the first female boss to lead the East African business of the giant auto-maker.

Over the past decade, she has gradually become synonymous with the local automotive industry. In the middle of this year, the company announced a rebrand from General Motors East Africa to Isuzu Motors after the latter bought a 57.7 per cent controlling stake in the firm.

President Uhuru Kenyatta’s proposal to make manufacturing a priority agenda during his last term in office earlier this year further thrust Kavashe into the limelight.

Part of the agenda envisions boosting local manufacturing contribution to GDP from the sluggish eight per cent to double digits in the next five years, translating to job creation and skills development.

One of the enablers of the agenda is the proposed overhaul of Nairobi County’s transport system, a project that has eluded several administrations in the past.  The project involves having high capacity buses and a dedicated bus rapid transport line that will facilitate the phasing out of the ubiquitous matatu Saccos.

Kavashe is currently leading efforts by local vehicle assemblers and manufacturers to convince the Government to procure the buses locally.

If the Government mobilises funding in the current financial year and kicks off the project, the Isuzu CEO will have a busy 2019 that could bring billions of shillings in revenue for Kenya’s industry.

Wandia Gichuru was crowned the top female CEO in November in a ceremony that capped a busy 2018 for the co-founder of retail clothing brand Vivo Activewear.

Ms Gichuru co-founded Vivo Activewear as a single store in 2011 before it became one of Kenya’s biggest locally owned fashion brands, raising her profile as one of the leading female entrepreneurs.  For two years, she has been one of the judges in the KCB Lions Den show where she listened to pitches from dozens of prospective business owners and decided whether they would receive financing.

Earlier this year, Gichuru announced she would be leaving the show to the dismay of many followers of the investment programme, citing the demanding schedule of running her business and attending to the show.

“I completely love Lions’ Den,” she said in an interview with the Standard’s Hustle magazine. “I think it’s much bigger than just a show. Apart from offering entertainment, it’s an opportunity for people to learn.”

“The challenge for me was the time needed, and my own business is still in the growth phase,” she explained. “I recognised that having done it for two years, it was time consuming – not just the filming part, but following up on entrepreneurs’ deals and conversations.” 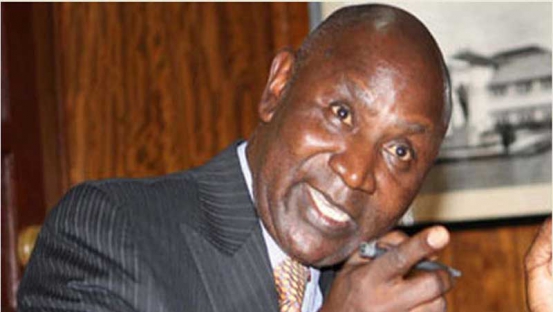 Auditor General Edward Ouko in 2017 survived a petition in Parliament to remove him from office as well as attacks by Uhuru after he raised a storm tracking down the proceeds of Kenya’s first Sh200 billion Eurobond.

This year, the career accountant once again went on the warpath revealing rampant corruption at several State corporations and county offices.

Mr Ouko, who is a Fellow of the Institute of Chartered Accountants of England and Wales (FCA) and is a co-opted council member representing Africa, is much-revered in public finance.

Before his appointment to the post in 2011, he served as the Auditor General at the African Development Bank where he directed the audit function and was also in charge of the anti-corruption and fraud function for several years.

Just this month, Ouko made headlines when an alleged leaked memo from his office revealed that the Kenya Ports Authority may lose ownership of the Port of Mombasa after it was used as collateral for the loan to construct the Standard Gauge Railway.

The Auditor General, who has since disowned the memo, will be hard pressed to clarify and make public the terms of the loans Kenya owes to China amid growing concerns of the country falling into a debt trap. 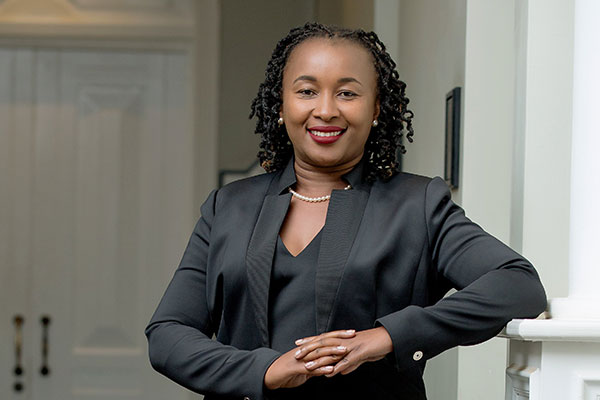 Relations between Kenya and Tanzania have been dogged by mistrust in the past and 2018 was not different.

A trade war that had been simmering between the two East African Community neighbours since 2016 boiled over last year as revenue authorities in respective countries introduced a series of tariffs against each other. The tariffs hit manufacturers and exporters in both countries with exports to Tanzania recording a significant 37 per cent decline from Sh34 billion recorded in 2016 to Sh22 billion recorded in 2017.

However, it was Tanzania’s refusal to give Safaricom executive Sylivia Mulinge a work permit that underlined the frosty relations between the two countries.

In June this year, Vodacom Tanzania appointed Sylvia Mulinge as CEO but after three months of deliberations Tanzania’s Labour Commissioner denied to issue her with a work permit, forcing the company to select another candidate.

“Vodacom Tanzania remains fully committed to identifying a candidate that will not only inspire confidence in investors but also have the requisite governance capability as CEO of a listed company,” said the company in a statement.Mulinge returned to Safaricom where she is now the Chief Customer Officer.

Premium
How to make money from video games
Sci & Tech
By Boniface Mithika
3 hours ago
Beauty secrets from black celebrities
Skin Care
By Pauline Muindi
5 hours ago
Premium French and German agencies buy minority stake in Naivas
Business
By Macharia Kamau
8 hours ago
Is your money too little to do much?
Money & Market
By Graham Kajilwa
9 hours ago
Want to eat into the bread market? Try sweet potatoes
Money & Market
By Jennifer Anyango
9 hours ago
.