The story of four Nigerian-based companies accused of fraud and money laundering has the hallmarks of what American poet Robert Frost described as “assorted characters of death and blight.”

At the heart of this tale are two serial technology entrepreneurs from Nigeria - a land infamous for all kinds of financial trickeries — whose companies are moving billions of shillings into and out of the country.

The two own four companies accused of carrying out an unusually high number of transactions amounting to $500 million (Sh6 billion) in their accounts at two local banks.

The four companies are RemX Capital, OIT Africa Ltd, Multigate Ltd and Pumicells Ltd. The plot thickened when the names of two senior politicians from Kenya and Nigeria featured in the saga.

The names of the politicians, who cannot be named for legal reasons, are weaved into the narrative, with the four companies accused of cleaning dirty cash on their behalf. Then there was yet another smoking gun. One of these companies’ country representatives was a sister to a former nominated Member of the National Assembly.

The high-ranking Kenyan politician is reported to have links with Nigerian Vice President Yemi Osinbajo, deepening a saga that saw close to Sh6 billion belonging to the four companies frozen for close to six months.  All this could not be just happenstance. This, in the words of Frost, was by design.

It was a juicy story that dominated headlines in the run-up to the August 9 General Election, except that there were no such characters of death and blight. And it turned out the narrative was false.

Our investigation shows how law enforcement agencies did a shoddy job, with the directors of the four companies estimating that the group lost close to $27 million (Sh3.3 billion) due to the freeze and reputation slander.

It turns out that this was a well-choreographed narrative aimed at scoring political points in the just concluded presidential polls in which President William Ruto trounced former Prime Minister Raila Odinga. The directors of the four firms claim they were being extorted, and their ordeal started when they refused to play ball.

However, the Directorate of Criminal Investigations (DCI) and Assets Recovery Agency (ARA), a State body whose work is to identify, trace, freeze confiscate proceeds of crime, failed to prove their allegations leading to the collapse of the case with the freezing orders being lifted by the Court on September 9, 2022.

On March 7, 2022, amidst heightened political activities, Equity Bank and UBA Bank were ordered by ARA to freeze the accounts belonging to OIT and RemX. The assets recovery unit said the probe on transactions involving the Sh5.6 billion started in February.

OIT Africa had Sh4.8 billion in two Equity accounts and one in UBA. RemX Capital had Sh765 million in one UBA account.

“The agency received information on a suspected case of money laundering schemes and acquisition of proceeds of crime involving multiple money transactions conducted through the bank accounts of the Respondents in US dollars and Kenya shillings mainly from foreign jurisdiction whose source has no legitimate explanation,” stated the petition.

“The pattern of transaction in the accounts in issue and the activities of respondents depict money laundering activities, and this court ought to issue the orders sought.”

Money laundering is a scheme to conceal the source of illegal proceeds so that the money can be used without detection of its criminal source. The use of copious amounts of cash in a transaction is the first red flag of a money-laundering scheme.

The two companies insisted that all their transactions were digital, leaving a trail that could have made it easier for authorities, including the Financial Reporting Centre (FRC), to trace where the money came from.

“Based on our interaction with ARA, we were informed that this (the freezing) was due to the significant turnover of the accounts of these entities,” said a lawyer from Njoroge Wachira and Company Advocates, representing the four companies.

OIT, one of the companies whose accounts were frozen on allegations of moving dirty money, is a remittance collection company that provides agent-collection services to licensed remittance companies in Nigeria and Kenya.

RemX Capital Ltd, on the other hand, assists various corporates in managing their local currency exposure by providing funds advance services (in their preferred currency) in exchange for the local currency they wish to exit. True, remittance companies have been accused before of “laundering” money in what is aimed at concealing illegal activities, including the crimes that generate the money itself, such as drug trafficking and tax evasion.

Other illegal activities that remittance companies have been fingered for include terrorism financing.

To qualify as money laundering, the defendant must have been aware that the money involved was derived from fraud, for example, drug trafficking or kickbacks. Second, a financial activity—purchasing, donation, transfer, loan, loan, withdrawal, exchange of money, an extension of credit, purchase or sale of a safe-deposit box—must have been started or completed by the defendant.

And third, the defendant must have participated in three phases of money laundering: transferred copious amounts of money; layered it by making the income appear to be part of their regular business activities; and taken the money back into the local economy. ARA, our investigation shows, never proved any of this. It never produced any evidence to show that the money had been dirty, where it came from and to whom it went.

Instead, it just talked of the four companies engaging in money laundering “through complex transactions.”

The complex transactions that ARA referred to were remittances, a lucrative area that has seen Kenyans living and working overseas send back home billions of shillings every month.

Unlike before when there were few channels for sending money from abroad, with some taking long for money to reach home, today there several sophisticated ways of sending money, thanks to improved financial technology.

So, the Kenyan living abroad will go into an online portal. The online portal for these four companies is known as Payfer. The sender can put his card on Payfar instructing the portal to deduct, say $100 (Sh12,000), and make it available to my relative in Kenya.

How the money reaches here in microseconds is the miracle of technology. If it were a wire transfer, for example, it would take three or four days.

For the transaction to occur in real-time, the company enabling it has to have a line of credit ready to disburse.

All the technology company is looking at is the messaging from the bank that Person X in London has sent $100 to his relative Y. That happens in microseconds.

The company communicates to its local bank, in this case, Equity and UBA, to instantly pay Relative Y $100.

This transaction—and there are many of them happening at the same time—will hit the account of the recipient even before the sender can pick up the phone to say he has sent the money.

There had also been reports that three directors of the four companies were being investigated by Interpol, forcing their lawyer to write to the agency’s branch in Nairobi.

“This is to clarify that the allegations of ongoing investigations of money laundering in respect of the above companies and individuals by Interpol are not true,” wrote Barasa Sayia of the DCI in response to an earlier letter written by the law firm Njoroge Wachira and Company Advocates following media reports that the three directors of the four companies were under investigations by Interpol.

Money laundering is a serious crime, and there have been cases where the State has successfully convinced the court to seize proceeds of crime.

Kenya passed the Proceeds of Crime and Anti-Money Laundering Act (POCAMLA) in 2009, and operationalised it in 2010, as the anchor law against money laundering and fraud.

To give life to this piece of legislation, CBK in mid-2016 came up with stringent know-your-customer (KYC) regulations aimed at tackling illicit financial flows.

With the regulations, anyone withdrawing or depositing more than Sh1 million is required to fill out a special form, stating where the money is from or going to, who they are paying or receiving the money from and for what purpose.

Known technically as suspicious transactions reports (STRs) and suspicious activity reports (SARs), they are meant to build up a paper trail that authorities can use to detect money laundering.

Other than flagging suspicious transactions, banks also have the option of rejecting your money if you are not forthright in providing them with information. 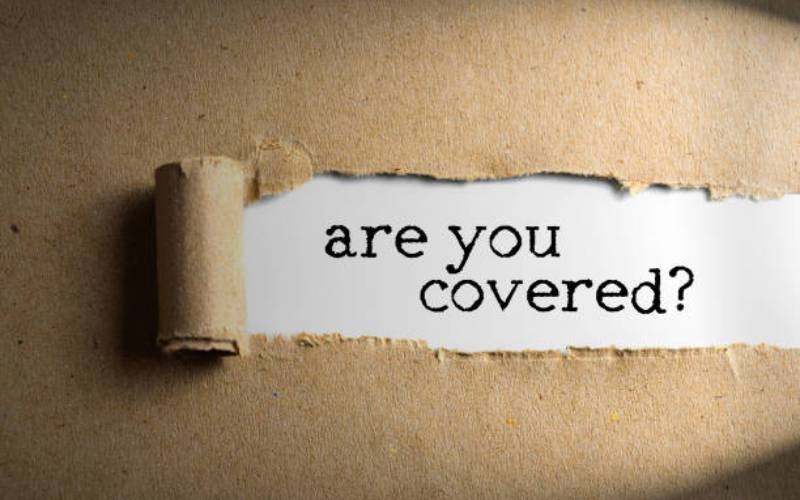