IMF reveals why CBK is silent on Shilling’s free-fall 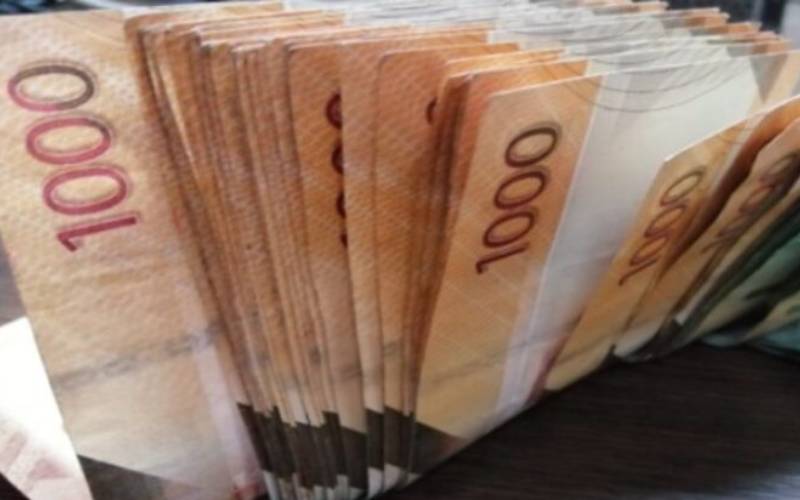 Critics have wondered how the tough Central Bank of Kenya (CBK) Governor, Dr Patrick Njoroge, has helplessly watched as the Shilling spectacularly buckled under the weight of a strong dollar.

As a strong defender of the Shilling, Njoroge has in the past ruthlessly cracked down on any suspicious elements of speculation. He would quickly intervene when it seemed like the local currency was being battered by the vicissitudes of the global market.

But this time, he has been silent, even as the Shilling hit a low of Sh113.14 against the dollar. Is there a change of heart from the no-nonsense governor?

Well, the International Monetary Fund (IMF) in a new report has offered an answer.

According to the received wisdom, flexible exchange rates insulate economies from external shocks such as the Covid-19 pandemic.

When the Covid-19 broke out, there was a capital flight as foreign investors spooked by news of the first case of coronavirus who evacuated their wealth from the Nairobi Securities Exchange (NSE).

Moreover, as governments imposed travel restrictions into and out of their borders, tourism earnings dipped while lockdowns in Europe and North America affected Kenya’s export earnings.

All these had the effect of reducing the supply of US dollars and with limited supply, their demand rose, leading to a spike in its price (exchange rate).

The CBK governor would have sought to intervene and fix the exchange rate at a certain price - just like fixing the price in the goods and services market.

Njoroge has not budged even with banks complaining there is an insufficient supply of the greenback.

Going all out into the market would have meant the country raiding its reserves of foreign currencies at a time when they were not being replenished.

IMF lauds CBK for not taking this route. Instead, the financial regulator let the market take its course, with the exchange rate operating as an automatic shock absorber that adjusted to soften the impact of the shock, according to the IMF.

This, the Washington-based institution noted, was unlike in the previous instances when CBK seemed to prop up the Shilling whenever there was a shock.

“During the pandemic, the exchange rate acted as a shock absorber, reversing the previous trend of real effective exchange rate (REER) appreciation.”

REER is an index that describes the strength of a currency relative to a basket of other currencies.

An increase in a nation’s REER - as was the case with Kenya’s, according to the IMF, is an indication that its exports are becoming more expensive and its imports are becoming cheaper. In short, it is losing its trade competitiveness.

The IMF was revisiting its 2018 finding in which it re-classified Kenya’s shilling from ‘floating’ to ‘other managed arrangement.’

The report found that the Shilling had been overstated by 17.5 per cent, a position that Njoroge vehemently disputed with CBK carrying out its own assessment.

Njoroge questioned why IMF applied the External Balance Assessment (EBA) which, according to him, was generally used for developed economies.

“There is no single model that does the job and we have used several approaches. What we have seen is there is less than five per cent to the extent of any misalignment,” he said at a press briefing then.

He said the model that was developed in 2013 and launched in 2015 had not been applied in an economy like Kenya.

The EBA, which takes into account a much broader set of factors — including policies, cyclical conditions, and global capital market conditions that may influence the current account and real exchange rate — has only been applied to South Africa on the continent.

“How many peer countries have they used the model on? We are being used as guinea pigs with this model,” said Njoroge, adding that the model’s limitations were well documented.

The governor also took issue with IMF’s demand for more transparency on how the apex bank makes currency interventions.

A year later, CBK did its own study to find out whether the Shilling was overvalued or not.

“Overall, misalignment of the Kenya shilling real effective exchange rate declined on average from 4.1 per cent in 2010-2013 to 2.6 per cent in 2014-2017, suggesting that the country’s exchange rate was largely consistent with economic fundamentals,” read the report published on December 6, 2019.

When there is official intervention in the foreign exchange market to maintain a particular exchange rate (which Njoroge insists Kenya does not have), this prevents the rate from adjusting sufficiently to guarantee that the demand for foreign exchange equals the supply.

With a weak Shilling, so goes the wisdom, traders, for example, exporters, will be attracted to a stronger dollar, by sending more of their products to the global market.

Marketers protest firm's move to 'sneak' in fuel during Christmas

The result is the alleged non-procedural berthing of a ship tanker at Port of Mombasa and the discharge of some 30,000 metric tonnes of super petrol.

Commercial and industrial power usage has dropped by 50 per cent to 65 million units in last year June since 2015.