Looking for a loan? These are Kenya’s priciest and cheapest banks 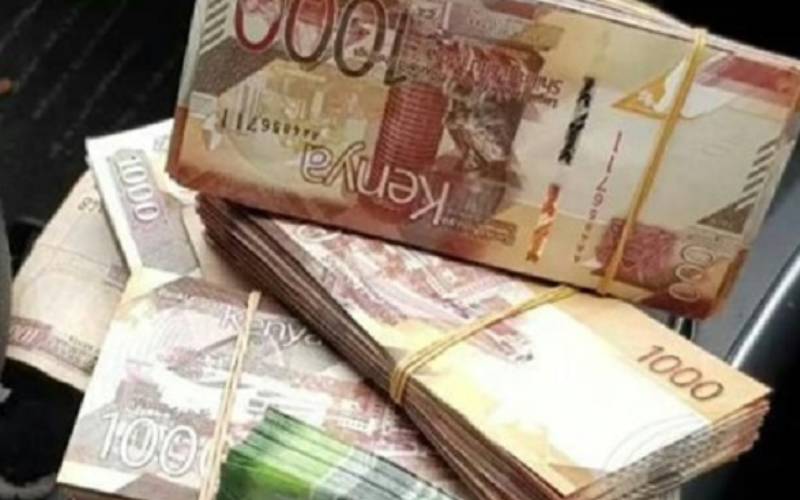 For many customers seeking loans, the first question they ask potential lenders is the interest rate.

This ends up determining the amount they borrow. But an analysis by the Financial Standard reveals that while the difference in interest rates among banks has converged at about 13 per cent, customers stand to save thousands of shillings depending on the choice of their lender.

This is thanks to charges such as appraisal fee, negotiation fee and credit life insurance, which vary from one bank to another. All these add up to the total cost of credit even for banks with the same interest rates.

A compilation of data from the Kenya Bankers Association’s (KBA) website on the cost of credit shows that a customer seeking a Sh1 million secured loan repayable within a year stands to save nearly Sh100,000 depending on their preferred lender. Banks’ charges, usually called negotiation or appraisal fees and external charges (also called third-party costs), which include insurance and excise duty, are now emerging as the competitive points for lenders as interest rates converge.

A tabulation of data based on what it would cost a borrower to repay a Sh1 million unsecured loan for 12 months shows that the most expensive lender charges Sh98,880 as bank and external costs.

For instance, the total cost of getting such a loan from Family Bank—ranked the most expensive—is more than twice that of Bank of Baroda—the cheapest lender. This is despite the difference in interest rates between the two lenders being just 0.18 percentage points.

KBA Chairman John Gachora, who is also the NCBA Group chief executive, said the appraisal and insurance fees vary, depending on the kind of product and segment—corporate, retail or small and medium-sized enterprises (SMEs).

“Banks that do a lot of personal and SME banking tend to charge a bit more of the fees because the loan itself is smaller. As you go to corporate loans, like ourselves (NCBA), then the fee gets smaller since the loan is big,” said Gachora.

“If a lot of your customers are repeat customers, then it also means you have already done most of the hard work to analyse them and to know them. You may be willing to charge them a reduced fee on subsequent loans.”

Banks usually seek and obtain approval from the Central Bank of Kenya (CBK) on the maximum fees they can charge on loans, giving them the window to negotiate with each customer but not beyond the regulator’s ceiling.

Some banks also tend to cut the fees, depending on what they hope to achieve. For instance, campaigns to promote asset financing may come with reduced fees.

The additional charges on top of interest rates raise the actual cost of funds for the borrowers over the term of the loan—technically called the annual percentage rate (APR).

The varying non-interest charges reflect small banks’ efforts to win over clients from the big players with a huge market power that allows them to charge higher fees.

Comparisons based on data on the www.cost-of-credit.com website shows that Family Bank, Middle East Africa Bank, Ecobank Kenya, Absa Kenya, and Standard Chartered Bank of Kenya top the list of the most expensive lenders. Bottom-tier banks such as Bank of Baroda, First Community Bank, Credit Bank, Victoria Commercial and M Oriental Bank feature in the list of the least expensive banks.

For instance, a Sh1 million loan repayable in a year from Family Bank will currently cost a borrower Sh170,687, up from Sh115,624 that the lender was charging in March.

The increased non-interest charges have seen Family Bank overtake Ecobank, Sidian and Absa as the most expensive lender.

The same loan from Ecobank will cost a borrower Sh121,407.

Borrowing Sh1 million from Absa Bank, on the other hand, costs Sh118,007, including non-interest charges amounting to Sh46,200.

Co-operative Bank and Equity Bank borrowers will incur Sh111,929 and Sh108,057 respectively for the same loan.

A similar amount at Victoria Commercial, at an interest rate of 13 per cent per annum, costs Sh83,807, which is Sh86,880 less than at Family Bank.

The difference is despite, Victoria having the same interest rate.

This is because Family Bank’s non-interest charges are 8.24 times those of Victoria.

The reason why NCBA, which has the lowest average interest rate at nine per cent, can price its loans as such is that its focus is more on corporates as opposed to personal loans.

“We are primarily a corporate bank, so the nine per cent is the average. If you came for Sh1 million as a person, we are likely to charge more. For corporates that are borrowing in billions, we charge less. That brings down our average,” said Gachora.

A Sh1 million secured loan from Bank of Baroda costs Sh70,794 on average, making it the cheapest lender despite pricing its interest at 12.82 per cent.

This is up from Sh60,580 that the bank was charging in March at an interest rate of 11 per cent.

KCB, whose total cost for a Sh1 million secured loan was at Sh71,807 in March, has now updated its filings to include non-interest charges, sending the cost to Sh107,207.

The lender now discloses that it charges Sh25,000 as appraisal fee and Sh5,400 credit insurance fee for the one-year loan.

Nearly a third of lenders were by March not disclosing non-interest charges on the website that is meant to guide borrowers in deciding where to get credit.

Such gaps were seen blunting the usefulness of the website that was started as a partnership between KBA and CBK to help loan seekers make informed decisions. KCB, Mayfair Bank, UBA Bank, DIB Bank, Africa Banking Corporation, Paramount Bank, Development Bank of Kenya, Middle East Commercial, Bank of India, and Credit Bank were all not disclosing non-interest charges as of mid-March. However, now a majority of them have updated their details to include the charges after media coverage highlighting the anomaly caused disquiet among KBA members.

KBA has always held that banks are reminded every two weeks to update the total cost of credit in line with any changes in lending terms so that borrowers can make informed choices.

The high loan costs from the big lenders is despite the access to cheap deposits, with disclosures by top banks showing that at least 70 per cent of their deposits do not attract interest.

Interest rates have been muted in the Covid-19 era, with banks quoting it at an average of 12.12 per cent by the end of August. The general fall in lending rates was partly triggered by the cut in CBK benchmark rate from nine per cent in November 2019 to the current seven per cent.

The defaults had hit a high of Sh444.2 billion in February.

The falling stock of bad loans amid increased lending offers hope that businesses and households’ financial health is improving, helping them to start honouring interest and principal payments.