Ugali lie: Why maize is no longer only crop that feeds us 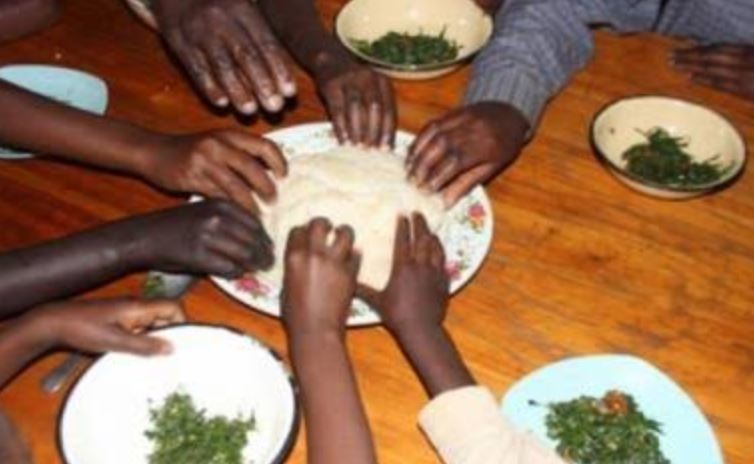 Rick Kilonzo, a student at the University of Nairobi, was just finishing up his breakfast when Financial Standard met him at a supermarket deli in Nairobi.

He was among hundreds of customers at the retail store buying their breakfast.

Most of the people bought buns, pancakes, sausages, scones, queen cakes. Others, like Kilonzo, had coffee as well.

“I come here because I like their hotdogs,” said Kilonzo as he munched on his last bite.

He would have his lunch on campus later in the afternoon, and says he is certain he won’t be eating ugali.

“I don’t like that hassle of washing my hands,” said the sound engineering student when asked why he avoids Kenya’s staple food.

The last time he ate ugali was before Christmas when he was at home with his parents. He currently lives alone and has no time to cook for himself. However, when he is out having roast meat, the dish will likely feature on his tray.

In campus, he explains, one of the most popular dishes among students is ‘chapo smokie’, where the smokie, a cheaper alternative to the sausage, is wrapped in a chapati.

The supermarket deli, outside of the hotdog, also offers French toast, mandazi and chapati for breakfast. You can still have your sweet potatoes and yams, but most young people prefer wheat products for breakfast, and they are flying off the shelves like, well, hot cake.

The growing obsession with wheat and rice would certainly baffle those who grew up in the 1980s on a diet that largely consisted of maize. But now, rice and wheat have made the case for being added to the list of the country’s staples, says Faith Kariuki, a nutritionist.

But there are still pockets of resistance to this shift in taste, and it appears to include the country’s policy makers’ boardrooms.

There is no doubt that Kenyans eat ugali – millions of tonnes of it. But they do not eat as much of this delicacy, prepared from maize flour and water, as their parents did some four decades ago.

In the 80s, Kenyans ate a lot of ugali, consumed little wheat and even less rice. The latter options were more expensive than maize flour.

Today, consumption of rice and wheat has been growing. On average, a Kenyan will consume about 17 kilogrammes of rice in a year – eight times more than what was consumed in 1980.

And when it comes to wheat, a typical Kenyan would consume about 15 kilos of the cereal in a year 40 years ago. This has more than tripled to almost 50kgs in 2018.

A rise in incomes and a shift to cities from rural areas has helped drive the move towards diets heavy in wheat and rice. As a result, consumers have moved away from indigenous crops like maize, sorghum, sweet potatoes and cassava.

Urbanisation means Kenyans have expanded their horizons beyond their villages to a bigger global environment resplendent with a variety of foods.

It is these foods from other communities and countries that have led to the diversity in meals and helped reduce cases of malnutrition, particularly in children.

“People are really diversifying in terms of diet. In the past, people didn’t eat foods from other communities,” says Ms Kariuki.

Although the per capita annual consumption of maize is still ahead of other foods at 90kgs, it has plummeted from a high of 130kgs – or one-and-a-half bags per person – some 40 years ago.

Yet, policymakers have refused to move with the times. Food security policies are still being crafted around maize, with the cereal being touted as a panacea for hunger and poverty in media articles and scholarly papers.

Rice and wheat, says XN Iraki, an associate professor at the University of Nairobi, have little political value.

“Maize has political value because it’s the staple food. The rising consumption of wheat and rice is about the middle class whose votes do not matter much; they are too few,” said Prof Iraki.

A 2015 household survey by Tegemeo Institute, a policy think-tank affiliated to Egerton University, found that there has been a decline in consumption of maize products and rice, with the poorest hit the hardest.

“Consumption of wheat products has grown significantly among all groups, but particularly among higher income groups. These results also indicate a significant shift in maize meal consumption patterns,” read part of the survey.

Bitange Ndemo, who is also at the University of Nairobi and a former Permanent Secretary in the ICT Ministry, insists there is manipulation of consumption data, which paints an unclear picture of reality.

“When someone makes policies, they should make sure that those numbers are convincing,” Prof Ndemo explained.

“Food security means that we provide what the customer wants. Because our consumption shifted towards wheat, nobody has addressed it as a policy issue.”

There is a major shift. And that shift is reflected in the problems farmers face in the North Rift, the country’s food basket.

The cost of maize production has exceeded the price they set simply because the demand has declined.

“They (policymakers) are not addressing economic issues. Instead, they say that NCPB will buy a 90-kilo bag of maize at Sh3,500. Do you know when they announce that price? It is when they have gone to desperate farmers and bought a bag at Sh1,500,” says Ndemo.

Sure enough, in President Uhuru Kenyatta’s food security pillar under the Big Four Agenda, the head of State wants to leave a legacy of ensuring that every Kenyan has access to nutritious food in sufficient quantitites.

Unfortunately, wheat does not feature. Instead, President Kenyatta’s administration wants the production of maize increased by almost 50 per cent from the current 47 million bags to Sh67 million bags.

This, the government reckons, should see the cost of food as a share of Kenyans’ income slashed from a high of nearly 50 per cent in 2017 to 25 per cent by 2022.

Unless the maize will be fed to livestock or another market is found, this plan might be disastrous. One 90-kg bag of maize per year is more than enough for consumers like Kilonzo already.

There is evidence that any increase in the supply of maize results in a depression of prices.

This happened in 2018 when the government a year earlier opened up the borders for duty-free importation of white maize.

Besides the market being flooded with maize from overseas – mainly Mexico – farmers, lured by the sumptuously high prices of the cereal in 2017, increased the acreage under maize.

Official figures show that about 44.6 million bags were produced, an increase of slightly over a quarter of the 35.4 million bags produced in 2017.

As a result, maize that found its way to the market hit an all-time high of 4.9 million bags. With an oversupply of the cereal, the price paid to farmers declined sharply to Sh2,261 from Sh3,987 in 2017.

It was the meanest reward from the market in a long while.

Before the Jubilee government came up with the idea of increasing production of maize to 67 million bags, it had been working on a plan to put close to 200,000 acres of land under maize in Tana River County through the Sh8 billion Galana Kulalu Food Security Project.

The first phase of the project was a 10,000-acre model farm.

It was to be followed by phase two – a 400,000-acre farm. It seems like the project has floundered, following the exit of the Israeli contractor. But had it succeed as planned and production of maize increased to 67 million bags, livestock would be off grass.

Other food crops, including rising stars like rice, potatoes and wheat, have not been major beneficiaries of State subsidies such as the fertiliser programme.

About 90 per cent of the cheap fertiliser from the State ends up with a few maize farmers, particularly commercial farmers who comprise less than a third of maize growers in Kenya.

As a result, noted the World Bank in its April 2018 Kenya Economic Update, the “subsidy programme led to crowding of private sector retail fertiliser markets in maize-growing areas”.

The National Cereals and Produce Board’s (NPCB) depots, which is hwere fertiliser is distributed from, are in the maize-growing zones of northern Rift Valley and western Kenya.

Increasing the production of maize would have been a splendid idea 20 years ago.

But by the end of 2018, things had dramatically changed, according to data from the Kenya National Bureau of Statistics (KNBS). Unlike in 2000 when for every Sh10, Sh6 went to food, this has reduced to less than half.

And maize flour is no longer the king of the kitchen, as new rivals cut it down to size.

Other foods, especially wheat-based products, have made it to the top 10 list of food items preferred by low-income Kenyans. They included cake, scones, biscuits and breakfast cereals.

But shifting the country’s food policy is not going to be easy.

With the sub-division of land, says Iraki, there is less land for growing wheat.

“There is even less for rice,” he adds.

Moreover, it is not going to be easy to grow crops such as wheat, which thrives in cool climates, something Kenya has in short supply, according to Timothy Njagi, a research fellow from Tegemeo Institute.

“We need research to figure out varieties that significantly raise yields for cool-climate wheat, or develop warm-climate varieties,” he said.

Further, despite high levels of youth unemployment, the country continues to export jobs by importing shiploads of wheat and rice from Russia, Ukraine and the US, spending close to Sh40 billion of its foreign currency reserves.

Rice paddies continue to shrink, even as demand for the cereal increases.

The Mwea Irrigation Development Project under Thiba Dam, which was supposed to increase rice yields in Kirinyaga County, has barely made any progress since 2011 when it was unveiled.

Other irrigation schemes have also stalled. The Kenya Agricultural and Livestock Research Organisation, a government research agency, has since bred a number of wheat varieties aimed at addressing high-yielding and stable yields, tolerant to biotic and abiotic stresses.

These include drought, acid soils, pre-harvest sprouting, diseases and pests that have been a menace to local wheat producers. In Senegal, a new wheat variety, durum, which can withstand 40 degrees of heat, has been tried.

Of course, the shift to these new foods is not without its blemishes.

Unlike their parents in the 1980s, Kilonzo’s generation is consuming less whole grains and more processed food.

“Even though we have diversified what we eat, we are consuming a lot of weaker foods,” says Kariuki, noting that most of the wheat and rice and even maize being consumed in Kenya have been stripped of their husks, which contain nutritious components. The result is an uptick in non-communicable diseases like diabetes.

By Macharia Kamau | 36 minutes ago 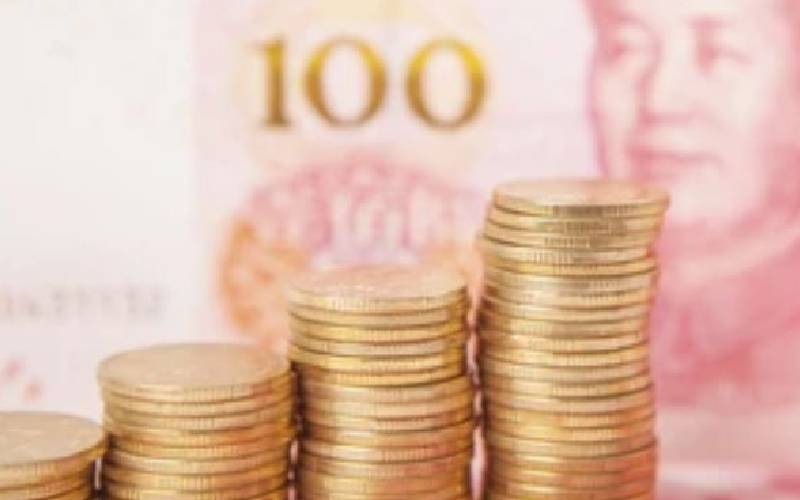 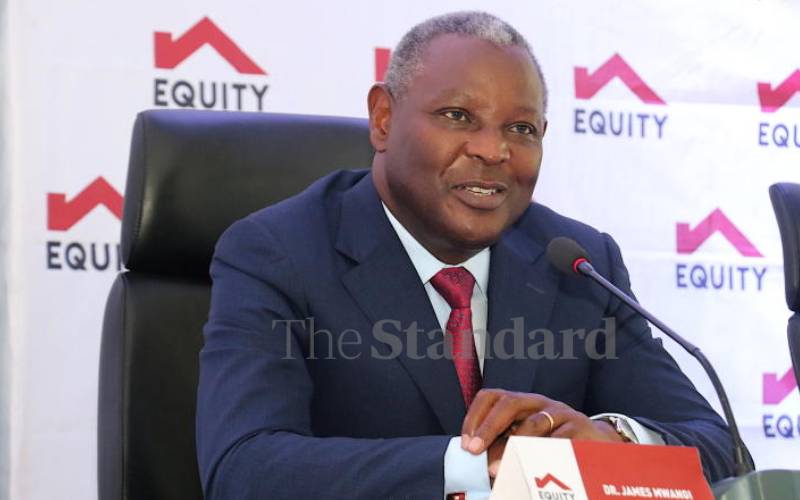