Why opening up African skies spells doom for airlines 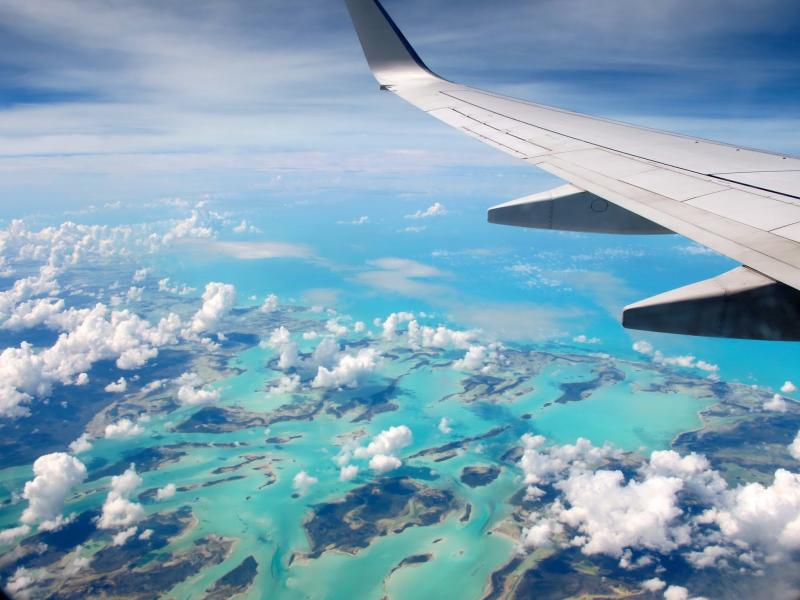 The push for open skies by African nations has been a darling to many, with a World Bank study showing that liberalised air transport would deliver improved safety, lower fares and increase traffic across the continent.

The Gulf carrier would make four weekly flights to the coastal city.

This was later enhanced after the two countries signed a deal in July this year.

The Government later gave it a nod to fly twice daily, after a meeting between President Uhuru Kenyatta and Ethiopian Prime Minister Abiy Ahmed in May, in a move that was expected to help deepen trade ties between the two neighbours.

Other international carriers such as Turkish Airlines and RwandAir also fly directly into Kenya’s coastal city.

The move was welcomed by many - especially in Mombasa, which heavily depends on tourism.

But there are those that are of the opinion that foreign carriers are getting too much leeway to the detriment of Kenya Airways (KQ) in its home turf.

One of the key stakeholders, KQ, has also shown strong opposition to the open sky policy.

On his appointment as Kenya Airways CEO, Sebastian Mikosz introduced strategies that could have seen the airline get control over the Kenyan skies.

KQ had initially proposed to manage the Jomo Kenyatta International Airport in a lease deal with Kenya Airports Authority, which however hit a snag.

This saw MPs vouch for its nationalisation to protect the interests of the national carrier.

Either way, it appears that for its survival, KQ would need to have a say to what degree the Kenyan airspace remains open to rivals.

To open or not to open African skies promises to inform regional aviation sector forums in coming years, as some countries strengthen or set up their national carriers.

Countries might push back on completely opening up their skies as they try and protect the new carriers.

This is as the African Union (AU) and other regional and global bodies push for the implementation of the Single African Air Transport Market (SAATM).

The AU initiative is looking to open up the African airspace to resemble that of the European Union, where carriers and passengers have an easy time moving from one country to another.

African skies remain among the most closed and least connected. It is still common for passengers to find it easier to connect through Europe as opposed to flying directly to an African city from their home city.

Through SAATM, which was launched last year and has already attracted 29 signatories including Kenya, AU hopes to ease flying on the continent.

It is receiving the backing of aviation bodies such as the International Air Transport Association (IATA) and the African Airlines Association (AFRAA).

At a recent regional aviation meet in Nairobi, IATA representatives said the agreement will make it easier to move across Africa by ensuring that airlines and passengers are treated equally.

“We welcome Kenya’s commitment to SAATM and urge the Government to implement it by making its regulatory framework statutory and make it easier for others to operate,” said Muhammad Ali Albakri, IATA’s Regional Vice President for the Middle East and Africa.

AFRAA too sees opening up Africa in a similar manner.

“It (SAATM) means to lift any restrictions on market access, capacity, frequencies and tariffs. Elsewhere in the world, liberalisation is an enabler of growth and enhanced emergence of LCC,” said AFRAA Secretary General Abdérahmane Berthé at a June meeting.

“In Africa, we need to go towards SAATM. Industry and authorities need to work together to make it a reality.”

Mr Berthé observed: “Airlines need to cooperate. The size of African airlines is small compared to bigger airlines form other countries. One airline cannot cover Africa, so they will need to cooperate. We will also need consolidation to create bigger hubs so that connectivity can be better.”

The views of the two aviation bodies do not, however, settle well for Kenya KQ, which notes that the region is not at a point where open skies will enhance growth but where the issue might preside over the death of the few African carriers.

While Kenya remains fairly open, the national carrier notes that further opening up without having certain fundamentals in place would be detrimental to the sector.

“It is inaccurate to compare African with European Union because SAATM does not have the control mechanism that led to open skies in EU. One of the key issues in Africa is different financial structures of the airlines,” said KQ Chief Executive Sebastian Mikosz.

“The basic assumption of a single sky in the EU is that airlines have the equal financial treatment and do not allow any form of subsidies. When you look at the African skies as they are today, most are State-owned and not listed so you have different financial treatment of airlines,” noted Mikosz.

The KQ boss noted that the EU went through a phase of airlines being created and collapsing until it reached a certain maturity.

“I am sceptical about SAATM because I believe that at the current stage of development of the African market, we need to have more airlines created and more connectivity,” said Mikosz.

“Any opening of the skies should be done in a cautious way not to create a situation where you have few monopolies dominate the market.”

An open sky policy is not just a problem for KQ but also much larger airlines.

In July this year, the chief executives of five major airlines in America including United Airlines, American Airlines and JetBlue met US President Donald Trump to discuss claims that subsidies by Arab countries such as Qatar and the United Arab Emirates to their national carriers are costing jobs in the US.

Firm boss accuses cartels in the transport sector of frustrating their well-intentioned operation.