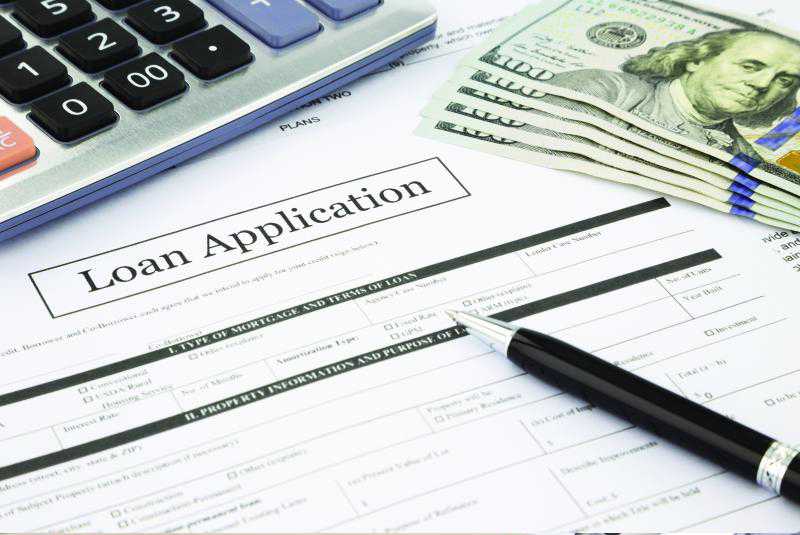 It is seven months to the date when Kenya is expected to repay its first Eurobond issue.

However, concerns are mounting with policymakers remaining uncertain on how they will handle the bullet payment.

Recently, Treasury Principal Secretary Kamau Thugge told Bloomberg that the external financing bit of the budget deficit will comprise of up to Sh250 billion worth of Eurobonds, and Sh37 billion in syndicated loans.

What followed was a jittery shilling that lost ground almost to a one-year low of Sh102.25 to the dollar, which prompted the Central Bank to sell dollars to cull the market according to Reuters.

Finance Cabinet Secretary Henry Rotich indicated that his deputy may have misled or was testing the market, adding that the sovereign bond issue was not yet decided. “It foreign borrowing) depends on how our revenues evolve. It depends on how our domestic market evolves... when we have made an analysis of the global financial markets,” CS Rotich told Reuters.

Repaying a dollar debt in the current market turmoil will need assurance that those entrusted with managing State coffers do not ‘sink this ship.’

The Eurobond issue is credited for propelling Kenya’s economy to Sh9.5 trillion by the end of the year according to the International Monetary Fund (IMF) projections. However, doubts linger as to whether the Treasury has enough liquid cash to pay up?

Debt, as the IMF predicts will be about 63 per cent of Kenya’s GDP at the end of the year. Worse still, the dollar debt is slippery, since it is relative to local currency. Last week, we could have needed Sh101 to pay each dollar now we need Sh102.

The IMF, in its latest report, cited Kenya and Uganda as some of the countries in the region vulnerable to currency and interest rate risks, especially if they do not improve their debt management frameworks. “This entails strengthening capacity to undertake a cost-risk analysis of borrowing options and managing repayments on commercial borrowing (Kenya, Uganda),” the IMF regional economic outlook for sub-Saharan Africa report said recently.

Kenya’s debt stock comprises a huge chunk of expensive commercial loans with shorter maturity periods whose repayment is piling pressure on income from taxes and exports.

Of the Sh250 billion external debt that Kenya is expected to redeem in the Financial Year 2018/19, a large fraction (74 per cent) is commercial loan repayment of Sh185 billion.

The redemption will include part repayment of the Sh275 billion Eurobond the country issued in 2014. Others include three syndicated loans. So when Finance Cabinet Secretary Henry Rotich faces the next Eurobond, his options will be limited. He will probably pick an expensive bank loan to keep Kenya outside global Credit Reference Bureaus that may give us a poor rating and make it harder to pay our debt.

An analyst engaged with the Government talks for refinancing and organising State debt through multilateral lenders says Kenya cannot access the Eurobond markets in time for the refinancing especially since no one African country has issued a Eurobond since Kenya was on the market in March this year.

“Kenya will not go to the market, more likely a short-term syndicated loan to repay the principal, then a bond in another few months when markets might be more amenable to African sovereign debt,” the source said.

Kenya faces the challenge in repaying its first Eurobond, as it is too big to mobilise taxes locally yet the current external conditions are currently too harsh to get a good deal. The 10-year US Treasury yield was 2.46 per cent at the beginning of this year and has risen to 3.09 per cent by October 11, 2018.

The US Federal rates increased by 0.25 eight per cent to 2.25 per cent. Global macroeconomic shocks such as capital outflows from emerging markets and oil price surge could weaken the shilling - increasing external debt repayment costs.

For every shilling borrowed for dollar loans such as the Eurobond in 2014 at around Sh87 against the dollar, it will be repaid at Sh102.2 per dollar, or higher if it depreciates further

IMF says Kenya is propping up the shilling which is overvalued 18 per cent due to fears it will bulge debt by a similar percentage. “The shilling remains mysteriously cushioned against reality in emerging markets right now. Your own story a few days ago suggested this,” a source said opting not to be quoted.

“ If the shilling drops to where the market expects i.e. at Sh120, then alongside a rising oil price there will be a vicious circle of debt spiralling out of control as local unit depreciates. The Government should be open to a restructure coming soon. If the market sees them pushed into one it will be a lot worse.”

However, this is killing exportation which brings in million of dollars needed to repay the same debt, hence the conundrum.

“The drop in the current account deficit in quarter two was positive but the Kenyan shilling is still viewed as overvalued by many metrics and a weaker currency is likely to be needed to reduce the dependence on external financing and boost domestic manufacturing,” Mark Bohlund of Bloomberg Economics said.

Kenya has resorted to local borrowing which is cheaper due to interest rate capping with analysts stating that it is reluctant to remove the ceiling since it is the single biggest beneficiary and is only paying lip service.

“CS Henry Rotich could choose to borrow more domestically,” Bohlund said. But on dollar debt manipulation is impossible since the cost of dollar debt is only going to get worse.

With the US changing its monetary policy stance riding on a strong dollar, it means Kenya will on need more shillings for every dollar borrowed and will have to compete with the US Treasury in the commercial market.

Bohlund said the Eurobond market is a banker’s market with the safest borrower getting the best bargain.

Kenya which has been downgraded from low risk by the IMF to medium risk gets a pretty raw deal but has to make due to none the less. That is the reason most African countries have not returned to this borrowers’ market, opting instead to go to the IMF for friendlier long-term loans, he said.

But this has not always worked since the Bretton Woods system, unlike other markets demand full disclosure, scrapping rate caps and allowing a flexible forex exchange which makes paying back expensive.

According to Geoffrey Waweru, former finance manager at Shelter Afrique and Whistleblower, in his new book Capital Flows, External Debt Accumulation and Financial Crises in Africa, Kenya is in a tight fix, especially since it has more debt obligations than the government wants to admit.

In addition, other contingent external liabilities emanating from the fixed commitments to private investors to purchase their production output such as electricity. “This is in addition to the piling up national and county governments’ unpaid pending bills and the funds required for bailouts of many troubled companies such as Kenya Airways, Uchumi Supermarket, Mumias Sugar, East Africa Portland Cement as well as the increasing county government debts. All these pending bills, bailouts funds, and other contingent liabilities could run into several billion US dollars,” Waweru says.

For example, the county governments pending bills at the end of 2017 are estimated at Sh99.2 billion according to Controller of Budget and they continue to pile up. “The dream of privatising some of the corporations e.g National Oil Corporation doesn’t seem to be happening as far as I can tell,” a source indicated.

Just a stroke of luck has saved Kenya from obligations to Cortec Mining and Kinangop Power which had lodged billion dollar claims global courts, the same cannot be said for Anglo Leasing firms which were paid to avoid the risk being downgraded by global rating agencies for breach of repayment contracts.

With these sentiments how harshly will the market price our loans? A Eurobond would be difficult today, pricing and tenor may both be closed for a B-rated country like Kenya.

And if the Government wanted short-term financing from a syndicate of commercial banks that take risks seriously, we are looking at eight per cent dollar money which is still expensive.

A source says Kenya can now only bargain for about six to eight per cent all-in financing and that only for three to five-year tenure.

Renaldo D’souza of Sterling Capital Research says they see the intention to refinance the Eurobond through the issuance of bonds in the international capital markets too optimistic.

Aly Khan Satchu Of Rich Management said the Eurobond markets are no longer benevolent, adding that Kenya has few other options and may pay to play. “The Eurobond markets have moved significantly higher. A 10-year is around 8.20 per cent and 30-year around 9.10 per cent. Kenya will have to pay a concession,” he said.

Mark Bohlund thinks Kenya may try to go into the Eurobond market rather than a commercial loan if Rotich cares about the costs. “I’m expecting Kenya to return to the Eurobond market in 2019 in order to refinance the Eurobond and other debt coming due. The rate that Kenya will be able to issue at will depend on what maturity they choose for the new bond and market conditions at the time,” he said.

Bohlund said Kenya will most likely be paying more to issue Eurobond than they did in February though it is still an attractive credit despite lingering fiscal issues.