The study that was created in March 2007, placed Kenya’s capital at position 97 in terms of financial hubs around the world.

Toronto gained four places to seventh by 27 points. Zurich, Beijing, and Frankfurt remained in the top ten of the GFCI.

In terms of infrastructure development, HongKong and London took position one and two respectively with HongKong still and NewYork leading in terms of human capital.

“GFCI 25 was compiled using 133 instrumental factors. These quantitative measures are provided by third parties including the World Bank, The Economist Intelligence Unit, the OECD, and the United Nations,” the report read.

The report is usually revised every March and September.

See the list below on cities performances on the five pillars. 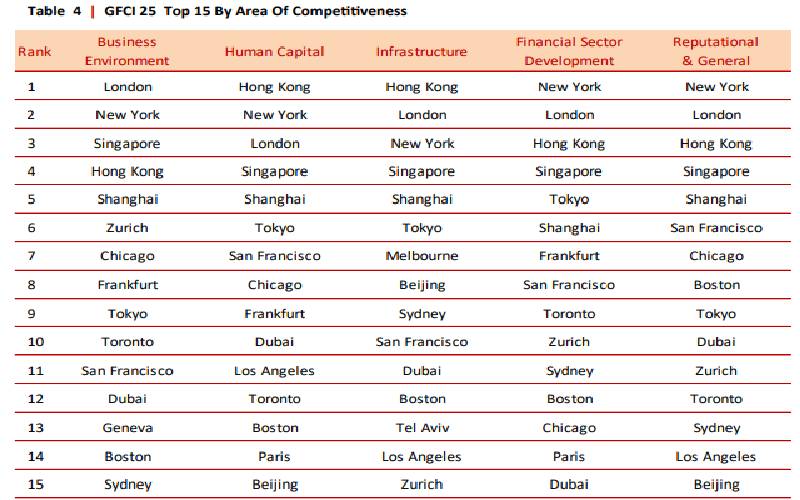 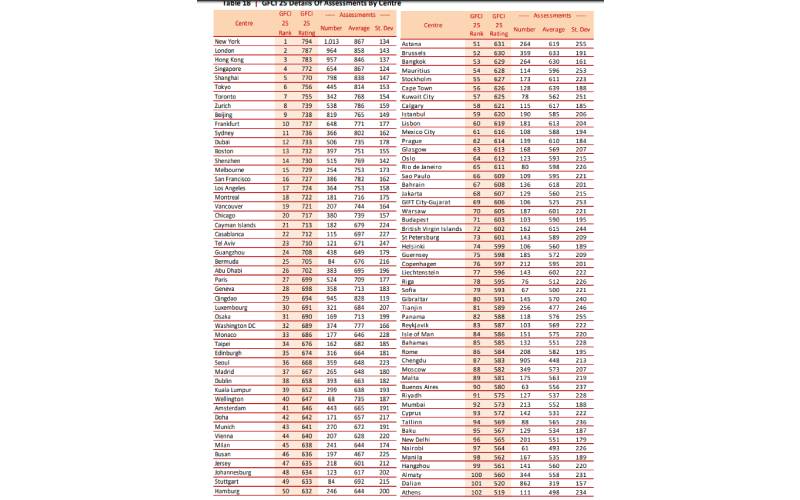