Court throws out case against CBK over global banking platform

Central Bank of Kenya (CBK) did not violate any law by ordering banks to connect directly to an international network for money exchange services, the High Court has found.

While dismissing a case filed by Kenya Commerce Exchange Services Bureau (Kenex), an intermediary that provided Swift services for close to two decades, Justice Hedwig Ongu’ndi found that CBK was just doing its work as a regulator and did not force any bank to abandon the firm.

Swift (Society for Worldwide Interbank Financial Telecommunications) is a messaging network that financial institutions use to securely transmit information and instructions through a standardised system of codes.

Justice Ong’undi said CBK did not infringe on Kenex’s rights, adding that the firm did not provide proof of how the governor’s circular affected its contracts with the banks.

“Under Articles 10, 40, 47, and 73 of the Constitution. The respondent acted within its constitutional and statutory mandate. The petitioner has failed to prove its case to the required standard,” he said.

“It is therefore not entitled to any of the reliefs sought.”

The judge said a look at CBK’s circular to the banks revealed that CBK did not direct banks to abandon Kenex.

Kenex Managing Director (MD) Prakasam Vasu had told the court that the firm was the authorised service bureau for Swift and was the only one of its kind in Kenya since 2002.

However, he said, CBK ordered all banks to directly connect to Swift. Mr Vasu said Kenex’s differences with CBK started on January 24, 2018, when the governor directed it to apply for certification as a national payment system.

“In response vide a letter dated January 25, 2018, the petitioner let the respondent know that it was not a payment services provider,” the MD said in court filings, adding that the regulator insisted that it must comply.

Mr Vasu was of the view that there is no regulatory framework for Swift, adding that Kenex made an offer to the CBK for a cooperation agreement that was never responded to.

On May 17, 2021, he said, CBK directed banks to abandon Kenex, citing disruption in the transmission of payment messages.

He criticised CBK’s move, arguing that financial institutions were at liberty to choose any Swift services provider. At the same time, he said CBK had no supervisory powers over Kenex.

CBK urged the court to dismiss the case. It argued that it was  not a party to any contract between Kenex and lenders. The regulator also argued that it has powers to regulate the financial sector, including firms that offer payment services.

CBK said it held meetings with Kenex in order to acquaint itself with its role and operations under Swift.

CBK then contacted Swift to gather more information on its end-to-end processes and explain its operational and administrative relationship with Kenex.

However, the judge heard, Swift declined to reveal the information sought. It said that how Kenex and its customers accessed and used its services was done through a bilateral agreement, to which it was not a party.

CBK in its reply stated that in light of Swift’s response, it again requested Kenex on July 24, 2018 to provide it with its end-to-end process flow as well as its risk management network. The regulator said Kenex declined to comply.

CBK’s legal officer Kennedy Abuga told the court that in February 2020, the regulator noted the failure of Swift messages for the Real Time Gross Settlement (RTGS) system of nine institutions connected to Swift through Kenex.

He said the regulator had noted that third parties providing connectivity to Swift to Kenyan banks lacked an effective business continuity plan since they are not regulated.

This, Mr Abuga said, had made it impossible to ensure the effectiveness and adequacy of such third parties’ business continuity plans.

In effect, the court heard, this posed a risk to the national payment system. 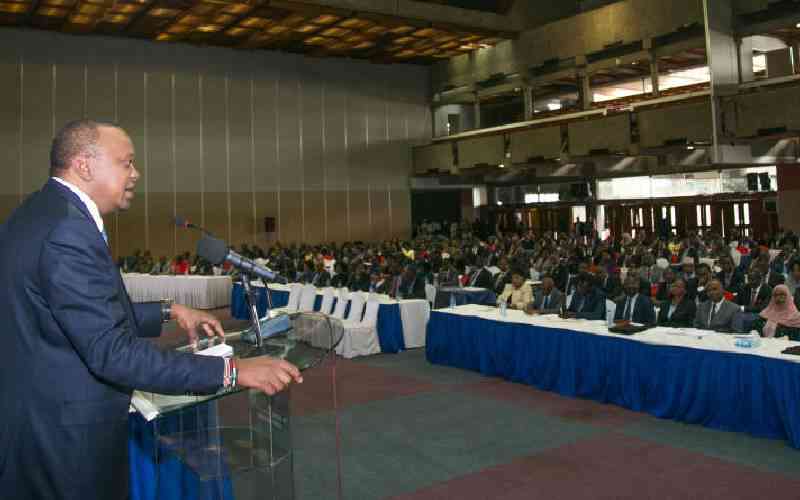 Next article
William Ruto: Sh50b hustlers' fund will be in operation in next two months 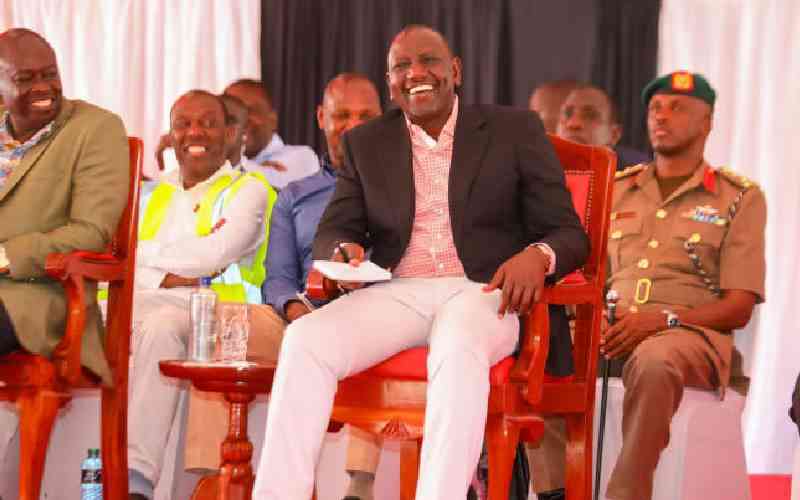 By Brian Ngugi 10 hours ago
Business
SMEs to access up to Sh2.5m Hustler Fund loans this month