From Jomonomics to Rutonomics: How leaders have run the economy

Long before Jomo Kenyatta got the reins of power, the Brits and other nationalities ran our economy. Their key focus was the land, with plantations dominating, more like the US during its colonial era. A few crops dominated the market; that included wheat, coffee and pyrethrum. Dairying, beef, sheep and goats rearing was also common.

Cheap labour made the plantations profitable. There was land and an agricultural bank, now AFC, to take care of the farmers’ plight. Agriculture dominated the economy then more than today.

Rarely discussed is where colonialists put their profit. Did they reinvest it in Kenya or repatriate it to their mother country? And who made money from the game that once roamed our land from elephants to rhinos?

By the 1950s the colonies had become too expensive to run and Britain set them free.

Once uhuru came, Jomonomics, built by founding president Jomo Kenyatta, set in. Its key tenet was transfer of wealth to Africans, mostly land. The plantations became small holdings and owners were happy, they had fought for land. A visit to white highlands today finds the small pieces subdivided even further. Jomonomics was capitalistic but had lots of state intervention including price controls. Closeness to state was a pathway to wealth. Old money started accumulating. Over celebrating the coming of uhuru delayed economic reforms during jomonomics.

Then came Daniel Arap Moi and Moinomics after the death of Jomo Kenyatta in 1978. Moinomics was a variant of Jomonomics. It could also be called Nyayonomics. Both had African socialism ingrained through Harambee. Beyond new political players, Moinomics really followed Nyayo (footsteps) of Jomonomics. With the feel good effect fading after uhuru, Moinomics faced both internal and external opposition. The political and economic reform not implemented by Jomonomics came calling.

The new thinking in the west coupled by the end of the Cold War demanded political and economic liberalisation. We got multipartism in politics and market economy. Price controls ended, and so did shortages. Moinomics struggled on for another decade, it was swept away by rapid changes, sluggish economic growth and low intensity political violence. The other blot on Moinomics was inflation.

In 2002 came Kibakinomics. For once Kenya was led by Mwai Kibaki, a Keynesian economist with a dose of Milton Friedman. Kibakinomics led to a spurt in government spending and reduced interest rates. That led to a spike  in growth. The yoke of Kanu removed, the feel good effect, just like after uhuru, energised us, leading to renewed optimism and economic growth. Kibaki gave us a national strategic plan, Vision 2030.

Citizens for once felt they had money in their pockets. Post-election violence punctured Kibakinomics and so did AngloLeasing. Kibakinomics did not forget the “small things” like connecting citizens to the grid. We pay little attention to one of its key catalysts of economic growth, ending harambee. Without help from the other people, did we work harder? Interestingly, we have reinvented harambee through WhatsApp groups.

Constitutional limitations ended Kibakinomics but it had an heir, Uhuronomics. This was a variant of Kibakinomics with heavier government spending, funded by debt. Kibakinomics loved self reliance with tax collection going up substantially. Bretton Woods institutions like IMF and World Bank were rarely heard of during Kibaki’s era. He also started facing the East, getting Chinese funding. He used it to build the Thika superhighway. Uhuru added Lamu port, SGR and expressway. And several other roads.

From Jomonomics to Uhurunomics, the soft issues like health, education, research and development or even art and culture were not given enough attention. What can be equated to superhighway, expressway or SGR in education, health, R&D, or arts and culture?

Like Kibaki, Uhuru Kenyatta studied economics. Is that why he followed Kibaki so faithfully? His father was an anthropologist. Could that explain why he loved traditional dancers? Curiously, Jomo Kenyatta carried a flywhisk, Moi a fimbo. The other presidents carried nothing. Why? Will Dr Ruto carry something?

Fast Population growth marked the four regimes. That did not keep pace with economic growth. That is why inequality and poverty still stalk the nation. That is why economics was a central issue in 2022 polls. Some argue that without political and economic reforms during the Moi era things would be worse.

Now enter Rutonomics, the envisaged economy under William Ruto. He is a botanist and it’s still too early to see how he will fuse his science with politics and economics. Isn’t there a subject called political science ?

How will Rutonomics differ from other economic regimes? We can only wait, live through Rutonomics to compare with others, ex post facto. For now we can only speculate through the Kenya Kwanza manifesto and other observations.

In the run up to the polls, Rutonomics had another name or is it a variant, bottom-up economics. What will be the key tenets of Rutonomics?

Rutonomics will be market friendly. I expect the government to play a lesser role in the economy. That will cheer up investors and entrepreneurs. The market system, I prefer that to capitalism, has made Kenya the leading economy in this region. It could get a new lease of life devoid of rent-seeking and corruption, the millstones around our economy.

We hope the new government will lessen the burden of compliance and regulation both at the national and county levels. Entrepreneurs should focus more on their core mandate, expanding their market and creating more jobs, not navigating bureaucracy. Ask any Kenyan businessman what he or she fears most today.

We can analyse Rutonomics through the 4 factors of production then through the prism of globalisation.

Land will remain a contentious issue. I don’t expect radical reforms on this. He may limit subdivision. Titling and digitisation could unlock the value of land by making it easy to transfer land to those most likely to exploit it, not speculate on it. The price of land is unlikely to go down unless population growth slows down. With industrialisation our attachment to the land could reduce. Add the climatic change and managing food supply and security will remain key to Rutonomics. One wishes he can focus more on the economic, not sentimental value of land. All regimes have failed to exploit one of the country’s most strategic resources, our coastline. We still see the coast as beaches and holiday resorts. What of fisheries, transport and logistics?

Labour supply will remain high . We have even been exporting it. The big question is improving its quality to make it  globally marketable and the basis of improvement in national productivity. That is tied to education. Ruto will inherit CBC. It could take several years before the dividends of CBC are shared by the economy. Changing the attitude towards work, science and technology would be the first step in improving productivity.

Capital scarcity will continue. The rising interest rates will ration the capital . But we expect the pooling to become competitive, with Saccos, banks and even Chamas mobilising the funds. Will foreign investors supplement that? Will the expected flowering of the market economy attract more of them? Will they come from all the directions of the compass?

One interesting observation is the higher capital requirement for banks leading to their consolidation. While that may make them more globally competitive, they may not address the unique needs of our society. Why not start community or county banks? And how will old money react to Rutonomics?

Going by hustler narrative, Entrepreneurship will remain central to Rutonomics. How many hustles will become multinationals in his presidency? How will become Mittelstands, German for small and medium-sized enterprises or family-run or -owned businesses? How will they fare under Rutonomics? The Mittelstands hold the key to economic growth particularly the export market. Will he give us freedom to achieve our entrepreneurial dreams? Will Made in Kenya one day be at par with Made in Japan or China?

Rutonomics should leverage new opportunities in the East African community, Africa free trade area and the world. What shall we sell to these markets? Can Kenya be more outward looking, disentangle from wards and counties? They are too small a market but hold too much of our economic airtime (because of politics). We should even think of space as the next economic frontier, vast and endless only limited by our imagination.

Ruto has inherited an economy battered by Covid-19, war in Ukraine and Somali and climatic change. His relatively young age demands he put his youthful exuberance into use. He must pull us from the economic abyss. He raised our expectations, he should not deflate us.

Finally, like a driver who must use the side mirrors to see what is behind, Ruto must check what is happening in politics as he grows the economy. All regimes have learnt the central role politics plays in economic growth. After all, Ruto was voted in, which is politics. Let’s review this write up after five years. 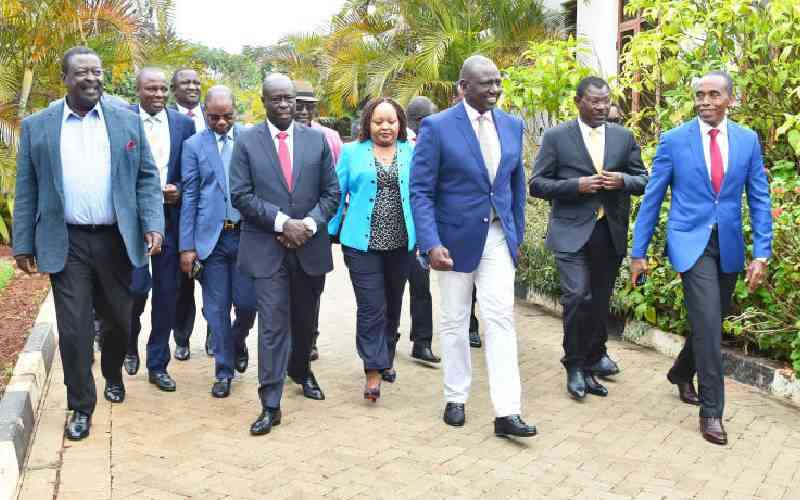 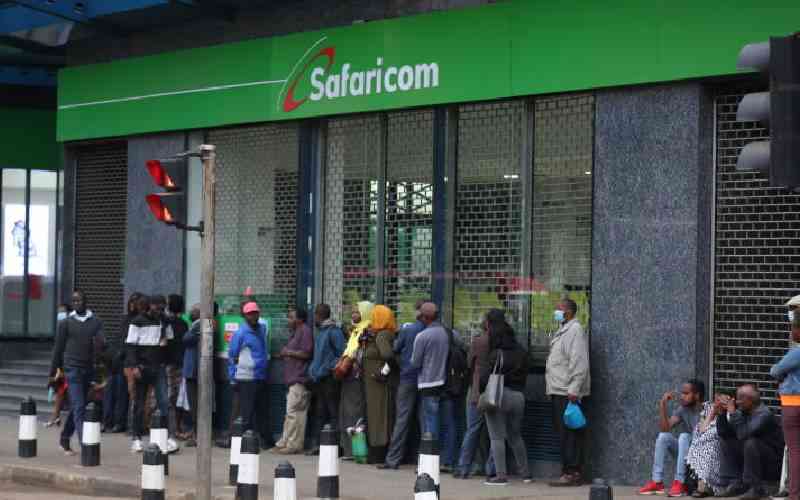