I spent 10 days in the past two weeks going through a pedagogical learning methodology. This approach emphasises constructivism, collaboration, integration, reflection and inquiry-based learning. But this is practical to personal living as well! The intensity of the programme meant that I missed out on the live presentation of the 2022/23 fiscal budget to Parliament and the consequent post-budget review and analysis in the media.

This accords me an opportunity to divorce potential emotions and expert opinion biases from my analysis of the Statement. Coincidentally, it is also the Easter season and I would have loved to share some tidbits on the Easter moods.

However, the enormity of the moment dictates that we take candid and sober reflections on the proposals that will determine our socio-economic welfare for the next 12 months.

There are three practical reasons that demand such a reflection: One, the budget speech sought to glorify the Jubilee administration’s achievements over their 10-year tenure.

Three, the budget was presented on a day unprecedented in recent economic history: folks across the country were carrying balls of fire in jerricans in an effort to oil the wheels of the economy. When I wrote about the tragic outcomes of the complex fuel reimbursement subsidy last Saturday, I sincerely believed it would be a passing cloud. That remedial action would be taken soonest. Unfortunately, things have since grown elephant.

Given, government budgets are of significant economic interest because they dictate public spending over the budget period. Unlike in the private sector and individuals, public budgets are constitutionally and legally binding documents once approved. Equally binding, the budget preparation exercise is preceded by performance reviews and setting of developmental priorities.

The thinking behind this is to assure that public resources are directed to the right priorities, ensure equity, balanced investments into all sectors of the economy and draw lessons from previous budget periods. To achieve these, the government relies on its own policy think-tanks, bureaucrats’ expertise and direct participation of the citizens.

Others may include development partners and global multilateral agencies. To find meaning from the proposed numbers, therefore, we must review the pre-budget economic reports and community level realities that underwrite the budget. Here we start with the government’s own macroeconomic think-tank, KIPPRA. The Institute’s 2021 economic report highlights deemed economic activity aggravated by the Covid-19 shocks.

Also, there are noticeable misses on each of the Jubilee’s administration ‘BIG 4’ developmental pillars of food and nutrition security, manufacturing, universal health care and affordable housing. It would help to remember that these pillars have been the foundational theme and drivers of budgetary allocations since 2017.

For instance, their analyses find that about 6.2 million people were pushed into poverty and household/firm income losses were estimated to be at least 11.7 per cent of the Gross Domestic Product (GDP) in 2021. Not surprisingly, there have been systematic drops in National Government revenues (including grants) from 18.5, 17.5 to 16.3 per cents of the GDP for 2018/19, 2019/20 and 2020/21 fiscal years respectively. The consequent effect has been accelerated debt accumulation from Sh5.8 trillion to Sh7.7 trillion over the same period.

At the community level, in February, the government reported that at least 2.8 million people in 23 counties face severe starvation. Oxfam projects the number to be 3.1 million people, while IGAD Climate Prediction and Application Centre projects the number to be at least 3.5 million as of April 11, 2022. The National Drought Management Authority, in January 2022, assessed that more than 600,000 children are acutely malnourished in the areas facing severe drought in the country.

The Treasury Cabinet Secretary acknowledges these realities on page five of the budget speech. According to the feedback received during the mandatory public participation exercise, Kenyans wanted the budget to address the high cost of living, high youth unemployment, income inequality and the seemingly unsustainable public debt burden. The natural question to ask based on these facts is: How well did the budget proposals respond to these needs of the people?

The BIG bang moment of the entire budget statement was the declarations that: One, the country has moved from a low-income to a low middle-income status with a 92.1 per cent leap in per capita income from 2013 to 2021; two, the economy has grown by a value of 155 per cent, from Sh5.3 trillion to Sh13.5 trillion over the same period; and three, cumulatively 5.1 million jobs have been created in both the formal and informal sector. As a result of these monumental achievements, the economy is on the path to achieving upper-middle-class income status by 2030.

Let’s pose for a moment here, and revisit the baseline evidence above! Are there any relationships, rhymes or consistencies?

In preparation for this article, I took the time to go through the entire ‘Mwananchi’ Guide version of the budget word by word. At least as per the broad revenue and expenditure classifications often summarised in this brief version of the budget, nothing looks out of the ordinary to address the present economic realities in the country. Four important assumptions are worth noting though:

First, the budget is designed with the ‘BIG 4’ themes as the drivers. While they sound good for continuity, none of the leading presidential candidates has embraced them on their campaign trail despite all being affiliated with the outgoing administration in one way or another. The implication is that the incoming administration may undertake significant supplementary estimates that could derail ongoing programmes/projects not aligned with their economic agenda.

Second, despite the ongoing fuel crisis, there don’t seem to be any noticeable allocations to the fuel subsidy reimbursables. Unless the government shifts into a tax credit form of subsidy (which is the practical thing to do in the first place), then the fate of the subsidies hangs in thin air. The implication is a sustained high cost of living in the short and medium-term.

Third, with the disputable value of GDP, revenue projections of Sh2.447 trillion lack convincing enablers. For the record, the most recent official economic data by KNBS estimated the GDP to be Sh10.53 trillion as per the report released on September 9, 2021, after rebasing the economy. Just where did the Sh13.5 trillion come from in the intervening six months?

Finally, the single largest expenditure item in the entire budget is interest expense and pensions, which were allocated Sh869.3 trillion. In addition to that, the planned borrowing of Sh862.5 billion to bridge the budget deficit exceeds the Ministerial Development allocation of Sh711.5 billion.

Notable also, the planned expenditure of Sh3.34 trillion excludes principal debt redemptions of Sh702.5 billion. In essence, that means the actual budget is slightly over Sh4 trillion translating into over Sh1.6 trillion budget hole, assuming we collect all the projected revenues. How to fix this, the next tenant in State House must tell us! 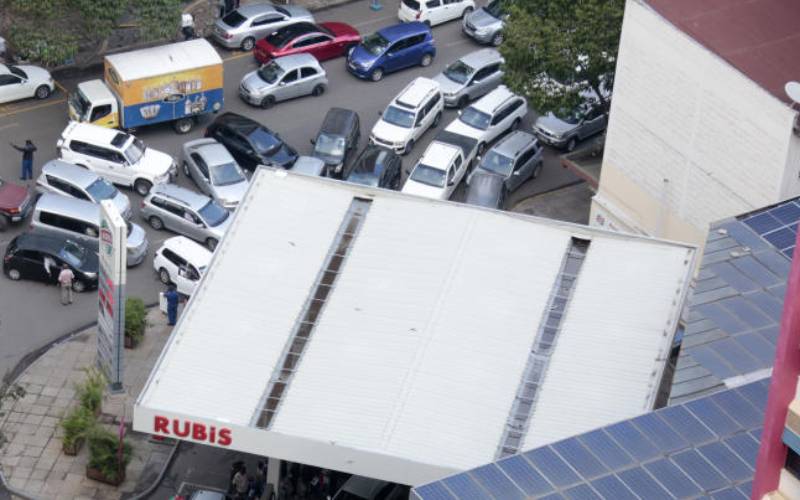 Next article
How restaurant made profit despite Covid storm 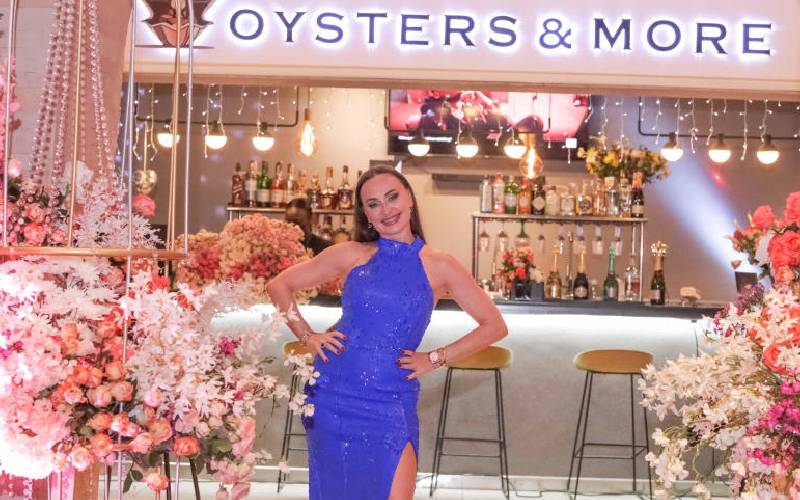