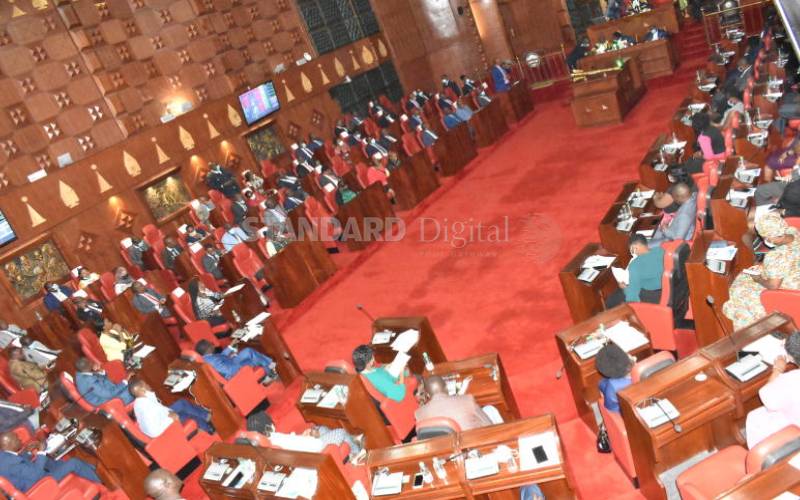 Nairobi MCAs will not go on foreign trips if the Assembly's supplementary budget is passed without amendments.

The Sh2.2 billion budget that is currently before a committee has proposed a full removal of foreign travel allocation in the Assembly’s bid to cut cost, and the funding reallocated to expendable budget votes line.

This will see MCAs and assembly staff who have been traveling out of the country on missions such as benchmarking, miss allowances totaling to more than Sh25 million in current budget estimates, with the financial year remaining with only four months to conclusion. It is in the current financial year that the committees had been allocated Sh8.6 million for foreign travel, clerk's office (Sh5.9 million), MCAs (Sh5.4 million), the Nairobi County Assembly Service Board (Sh2.6 million) and the office of the Speaker (Sh1.7 million).

The funding was to cater for air tickets, subsistence allowances and other transportation costs that were to be incurred by the MCAs and the officers while on foreign mission. The document that is currently before the Finance, Budget and Appropriations Committee is to be debated by the MCAs once the report is tabled on the floor of the House.

The Auditor General’s office and that of the Controller of Budget have in the past raised queries on how MCAs’ foreign trips, which are mainly on benchmarking, benefit the electorate. For instance, the Controller of Budget raised a red flag over Sh387 million travel expenditure incurred in the 2019/2020 financial year by the then Governor Mike Sonko and the MCAs.

Out of the Sh387 million, the Executive’s office spent Sh281.47 million in the first six months of the financial year, while the City Assembly spent Sh105.7 million for domestic and international travels.

Late last year, the government sought to bring to Parliament a bilateral treaty between Kenya and the United Kingdom, seeking to establish a Free-Trad

By Richard Magoma | 12 hours ago