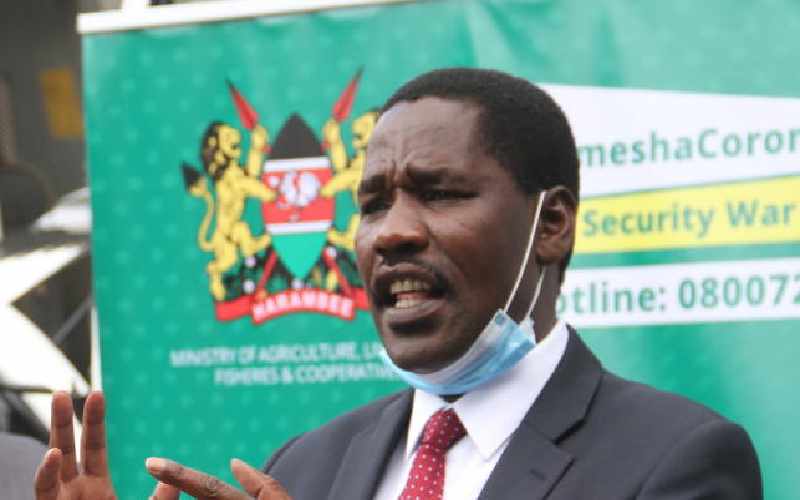 The much-hyped Bachuma Livestock Export Processing Zone in Voi sub-County, Taita Taveta has been cancelled. Cabinet Secretary for Agriculture, Livestock, Fisheries and Cooperative Development Peter Munya (pictured) said construction works on the 15,000-acre land has been terminated after the contractor failed to meet set deadlines on several occasions. Work documents seen by The Standard indicate that the first phase which, started in March 2015, was expected to be completed in May 2019 but is now 95 per cent done.

The second phase started in April 2016 and was expected to be finished in November 2019, is classified as 50 per cent complete. "Funds have been provided yet there is no tangible work by the contractor to show proof that he is working here,”  the CS said, while dismissing the contractor’s claims that the Covid-19 was partly to blame for the delay. “We are talking about works not done from as far back as June 2019,” he said in Voi after a tour of the facility. The Bachuma’s Project is one of Jubilee government flagship projects that has gobbled up millions of shillings but is incomplete to date. It was expected to bolster Kenya’s position as a player in global livestock market.