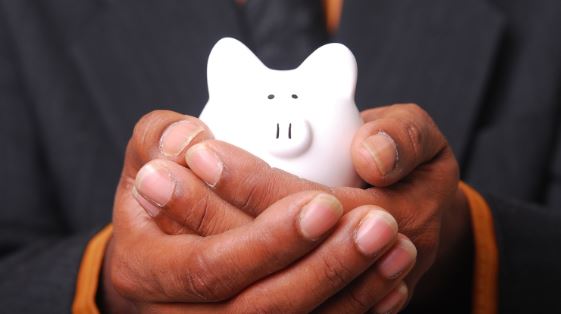 When you hit your 30s, you get halfway to retirement, and your responsibilities pile on. As a result, you cannot afford to make the same mistakes you made in your 20s, lest you set yourself up for some tough years ahead. Here are seven principles to adopt for better financial health. 1. Have several income streams and save 100 per cent from your side hustle Instead of depending solely on your job, create multiple streams of income – either through a side hustle, a lucrative hobby or a business. Some modern ways of creating more income include becoming an Uber driver, renting out your house or spare room via Airbnb, or renting out your car to travellers on Turo. You can also consider buying and developing land for passive income.

If you’re a business person, think about related services and goods you can offer your clients to boost your income. For instance, if you run a construction business, you can set up a hardware shop. Consider setting aside whatever you make from your additional streams of income towards a nest egg. A lucrative side hustle can help you afford a better lifestyle, but you should be careful that the extra money doesn’t go to unnecessary expenses. Try this strategy: save all the money from your side hustle and continue living on your main income. 2. Spending money before you earn it is a bad idea A sure way to remain poor is to keep spending money before you’ve earned it. You will be stuck in a vicious cycle of borrowing from Peter to pay Paul, buying needless things you can’t afford and chasing money. Additionally, debt makes you pay even more, thanks to interest rates. Nathan Morris, a personal finance expert, says: “Every time you borrow money, you’re robbing your future self.”

When you’re bogged down by debt, you’re always playing catch-up with the present and don’t have enough energy to move into the future. If you have to borrow, make sure the money is for worthy expenses, and have a reasonable repayment plan 3. Make calculated moves with your investments The higher the risk, the greater the reward, a common saying goes. Many people believe that millionaires attained their wealth by making high-risk investments, such as in Bitcoin, penny stocks and day trading. This kind of thinking is one of the reasons many people fall prey to pyramid schemes and others give up on ever being wealthy. While there are some rich people who made money through taking huge risks, they are the exception to the rule. For instance, Elon Musk invested his $165 million (Sh18 billion) from the sale of his interest in PayPal in launching SpaceX and Tesla. But a majority of millionaires made their wealth through living below their means, saving, careful investing in traditional assets, and occasionally investing in well thought-through albeit riskier ventures. 4. If paying off debt, change your spending habits

SEE ALSO: How to make investment decisions amidst COVID-19

Once you’ve decided to pay off debt, one of the most important steps is adjusting your spending habits. However, humans are creatures of habit. You’re probably used to shopping at particular stores, eating at specific restaurants, driving a particular car and so on. Having to change all these might cause internal resistance, and make it harder to pay off your debts. Without changing your spending habits, you won’t ever get out of debt. Take a close look at what you spend your money on, and cut out anything you can do without. Instead of cutting out all your treats in one fell swoop, cut them out gradually over a specific period. For instance, you can start with carrying packed lunch instead of eating at a restaurant, or working out at home instead of at the gym. If you have big debts, you might eventually have to sell your car or get a cheaper one, or even move into a cheaper neighbourhood. Until you pay off your debts, cut out unnecessary expenses. 5. Guaranteeing Sacco loans should be done with caution Guaranteeing a loan means that you have agreed to take on someone else’s debt should that person fail to pay it. However, many people will just sign up as co-guarantors as long as they are in a Sacco without considering the consequences should a person default. This can happen in a number of ways, like the person dropping off and being unable to reach. The money that you will pay back did not come to you and did not help you in any way, therefore you will be creating an expense you did not plan for. What you can do instead: -  Only guarantee people that you know and trust. -  Only guarantee amounts that you can pay back in case of a default. 6. Save six months’ worth of your salary before quitting What if your new job turns out to be a bad fit? Or the promising start-up fails? This is why you should build up an emergency fund before leaving your job. This money will come in handy if you’re suddenly rendered jobless. Once you’ve determined that you’d like to look for another job, look for ways to keep your expenditure under control so you can boost your savings. You can also look for a side hustle to help you increase your cash cushion before you head to a new job. 7. You can’t afford to spend your entire paycheque If you’ve read the book The Richest Man in Babylon, you’re no stranger to the concept of paying yourself first. This is one of the most important principles in wealth creation. What you pay yourself shouldn’t be used for any expenses – it is your savings towards long-term investments or retirement.  You can pay yourself a significant amount of any additional cash, which means the money will go straight into your financial advancement instead of being swallowed by lifestyle inflation.   [email protected]

How to boost your CRB rating

How to boost your CRB rating