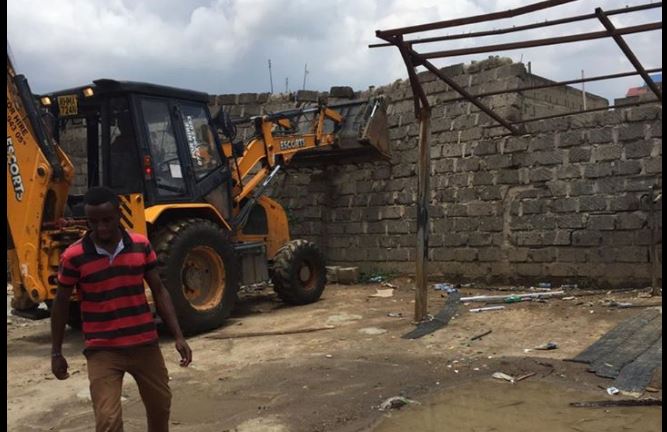 Energy Petroleum and Regulatory Authority (EPRA) has demolished two illegal Liquefied Petroleum gas sites in Nairobi.
The Authority working together with the Directorate of Criminal Investigations (DCI) and General Service Unit brought down the sites located at Mradi area in Embakasi, Nairobi County.
It warned of stern action against those found engaging in illegal activities contrary to the LPG Regulations 2019.
In August last year, EPRA adopted new rules that required all LPG cylinders retailers, wholesalers to acquire a license from the authority for each business location and shall be specific to the authorised cylinder brands only.
Anyone contravening the set regulations will be fined up to Sh10 million or more term of imprisonment of five years or suffer a risk of license withdrawal.
The new rules were aimed at curbing unauthorised LPG cylinders refilling and enhance consumer safety.
Gas cylinders explosion are disastrous and could result in the devastation of person involved and the families.
Many explosions reported have been attributed to the use of illegal refilled cylinders.
Last week a multi-agency team in Mombasa raided an illegal gas refilling plant and confiscated hundreds of gas cylinders in Jomvu area of the coastal city.
A woman alleged to own and operate the plant was detained while two guards on-site fled the Tuesday operation that attracted a large crowd. The suspect is alleged to have a pending court case and is on bond over the same matter and it is unclear if or when she will be charged for the current crime.