Time to rethink priorities on bills 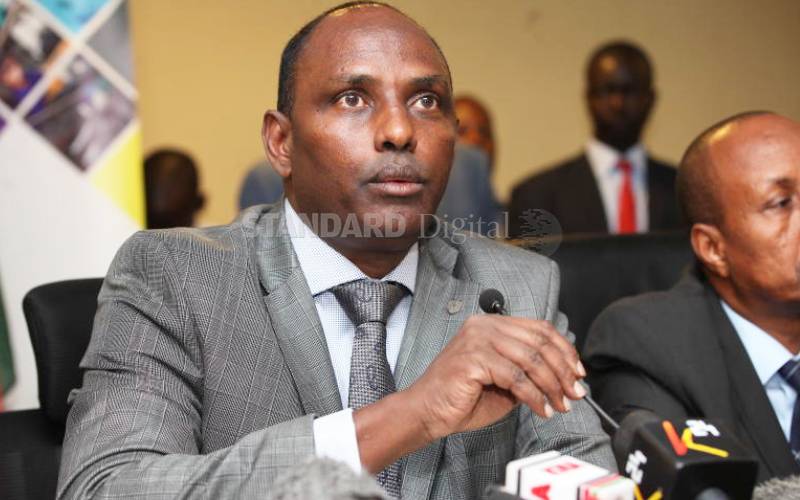 Treasury Cabinet Secretary Ukur Yattani’s (pictured) statement that the Government has cleared the bulk of suppliers’ bills that had been pending for years is good news for the businesses as well as the economy. The hope is that Treasury and the Attorney-General will put a mechanism in place to ensure paying bills on time becomes entrenched as standard practice in government ministries, departments and agencies. This will be in line with an agreement reached mid last year between President Uhuru Kenyatta and a delegation from the Kenya Private Sector Alliance at State House, Nairobi.

During that meeting, it was agreed that Treasury, through the 2019/2020 Finance Bill, would make it an offence for the Government to delay payment of suppliers’ bills beyond 60 days, and any government official who intentionally diverted funds meant to pay for goods supplied would be prosecuted. It is not clear whether these proposals have been implemented so far, but the hope is that Treasury will not relent in its crusade to ensure the national and county governments meet their obligations in time. Delayed payments This will reduce fraud and corruption in public institutions because delayed payments have been the route that many looters have used to benefit themselves at the expense of taxpayers. It is the expectation of many, too, that the private sector will adopt similar practices and pay their suppliers of goods and services in accordance with their contractual terms.

There is urgent need, for example, to come up with strategies that would compel supermarkets to pay their suppliers as agreed because failure to do so has been blamed for pushing a sizeable number of small and medium enterprises (SMEs) to the wall. This partly explains why the economy is facing heavy winds as SMEs account for more than two-thirds of the country’s business activities. Perhaps it is not too much to ask that banks and other financial institutions step up their lending to the sector. The reluctant removal of interest rate caps last year leaves banks with few excuses for refusing to lend to SMEs. The Government’s apparent determination to reduce its budget deficit by borrowing less from the money market should also spur banks to lend more to the country’s most dynamic and productive sector.