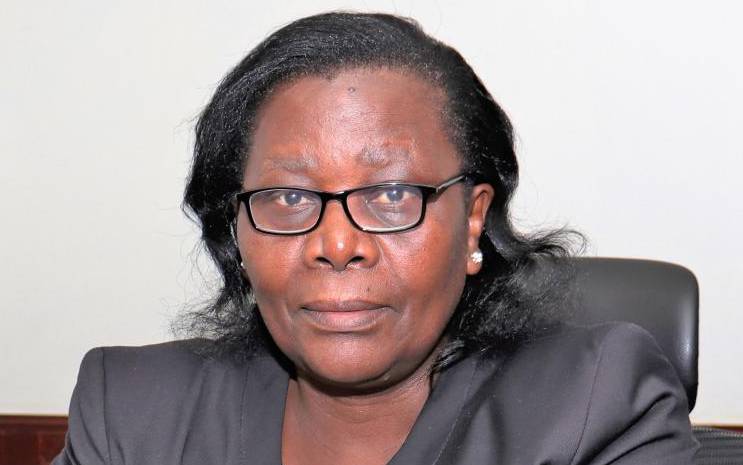 Kenya Revenue Authority will take legal action against traders who will fail to provide ‘full and accurate disclosure of all their taxable transactions including Value Added Tax (VAT).’ According to the KRA Commissioner for Domestic Taxes Elizabeth Meyo (above), the taxman has realised that there are traders eligible to pay Value Added Tax who are falsifying their input VAT claims to evade paying taxes. “Kenya Revenue Authority (KRA) had recently noted an emerging trend where VAT registered taxpayers are reducing their tax liability through falsified input VAT claims in contravention of the VAT Act, 2013 and the Tax Procedures Act,” she said in a statement released on Wednesday. Meyo said that such a practice is a serious economic crime.

According to the VAT Act 2013 section 97 under “Fraud in to tax”, a person who fails to accurately disclose the required information to avoid full tax compliance is adjudged to be committing offence. It reads in subsections A, B, and C: “Any person who, in relation to a tax period, knowingly- (a) omits from his or her return any amount which should have been included; or(b) claims any relief or refund to which he or she is not entitled; or (c) makes any incorrect statement which affects his or her liability to tax.” In response to this, the taxman has revealed that it has come up with six mechanisms to detect and act on the malpractices besides sending the warning to the would-be offenders. KRA states that it will be focusing on the traders using fictitious invoices, as well as claiming inputs of input taxes from taxpayers not registered for VAT. They will also be claiming input taxes from taxpayers whose PINs are not found in the KRA iTax system and those using taxpayers using the same invoice details. The KRA said that it will be focusing on those stealing PINs and claiming of input taxes from taxpayers one has not traded with. They will also be claiming input taxes for amounts exceeding those transacted.

Commissioner Meyo has said that the tax collector will review its data to weed out those with fraudulent transactions for prosecutions. “Going forward, KRA shall commence a review of input tax claims for various tax periods and will take action against any fraudulent cases, which will include disallowing and/or prosecution of the affected invoice claims,” she noted.

KRA manager and wife to be charged with tax evasion