Kenya committed to AU trade pact even with US deal, says Uhuru

Business News
Kenya remains committed to the African Continental Free Trade Agreement (AfCFTA) despite forging a new trade deal with the US. 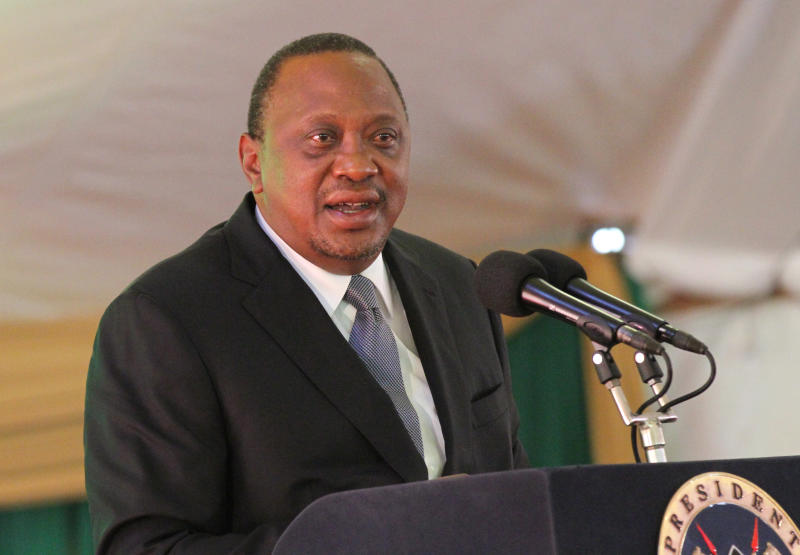 Kenya remains committed to the African Continental Free Trade Agreement (AfCFTA) despite forging a new trade deal with the US. This was President Uhuru Kenyatta’s (pictured) message for the African Union as he sought to reassure regional partners that the deal with the US could serve as a model for other African states.   "We are keenly looking forward to concluding the trade arrangement between our countries and I believe these trade agreements would not only serve Kenya and the US but would probably set the base for a new engagement between the US and other African countries," said Uhuru during his visit to Washington.

Uhuru was speaking after meeting US President Donald Trump at the White House where the two leaders agreed to begin talks that will lead to a trade pact between Kenya and the US. President Kenyatta then met with 350 business leaders attending a US-Kenya Trade Forum in the US capital stating that the agreement with the US would compliment regional efforts by African countries to kick-start AfCFTA. "At this juncture, I want to put away a few doubts because there has been a feeling that by Kenya engaging with the US to have a trade arrangement, we are running away from our commitment to the African Continental Free Trade arrangement," he said. "I want to assure you that there can be nothing further from the truth as that is definitely not the case." This comes even as the African Union is pushing to have a continent-wide trade pact with the US, instead of individual bilateral deals once the Africa Growth Opportunities Act (AGOA) lapses in 2025. Ambassador Albert Muchanga, AU’s Commissioner for Trade, last year said the AU would opt for a continent-wide trade deal with the US, with the much-anticipated AfCTA billed as the best bet.

"Fragmentation in Africa brings with it small economies, small markets, uncompetitiveness and a host of other weaknesses which make African economies fail to grow at rates high enough to reduce poverty and overcome the underdevelopment trap that they find themselves in," said Ambassador Muchanga at the Africa Business Summit in Chicago Last year. “With this structural weakness, our countries are also vulnerable to manipulation, politically and commercially," he said. According to Kenya Association of Manufacturers (KAM), the trade deal with the US has an opportunity to increase trade volumes to the US and breathe new life into the stagnant manufacturing sector. "Any free trade agreement provides a raft of opportunities for any country, including large markets, larger supply base and lower business costs,” said KAM chief executive Phillis Wakiaga. "AGOA has benefited a lot of local industries, especially textiles and apparel industries and with the deal coming to an end in 2025, the free trade agreement between Kenya and the US will push Kenya to consider its competitiveness in such negotiations.”  However, Wakiaga said Kenya needs to improve efficiency in local value chains for the manufacturing sector or lose out.

"For example in the case of AGOA we have traditionally used about 10 per cent of the product lines available to us and we need to ensure Kenya is prepared once a deal is in place," she said.