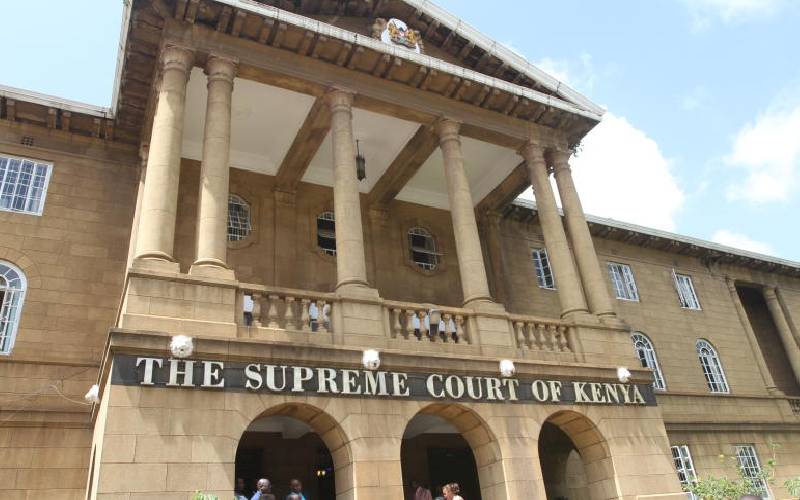 A showdown is looming between the Executive and the other arms of government after the Treasury proposed cuts in Budgetary allocations for MPs and the Judiciary.

According to the Draft Budget Policy Statement for the 2020-2021 financial year released yesterday, the Judiciary has seen its budget reduced from Sh19 billion allocated in the current financial year to Sh13.6 billion – a three-year low.

The Executive has been allocated Sh1.8 trillion, a Sh133 billion cut from the current financial year.

These cuts are likely to set the stage for another confrontation between the two arms of government.

Last year, Chief Justice David Maraga faced off with the Treasury and Parliament following the reduction of allocations meant for the Judiciary at a time when the country’s courts were struggling to clear a backlog of cases.

“As the Judiciary’s budget is dwindling, the workload is rising tremendously,” said Mr Maraga during a press conference.

At the same time, the Treasury has allocated Parliament Sh36 billion, Sh3 billion less than what it will be getting in the current financial year.

The Treasury has also proposed Sh317 billion as equitable share to the counties in the upcoming financial year, representing a marginal Sh1.2 billion increase compared to the current financial year.

According to the Exchequer, counties continue to under-perform in generation of own-source revenue, with the national government bearing the shortfall over the past half-decade.

“This under-performance has over time undermined the base for the division of revenue, hence the need for a systematic correction or adjustment to the base,” explained the Treasury in its Budget statement.

Last year, the National Assembly and Senate passed their own versions of the Division of Revenue Bill 2019, with senators asking for Sh335 as proposed by the Commission on Revenue Allocation (CRA), and MPs proposing Sh316 billion.

The three-month stalemate threatened to ground operations at counties, causing the delay of salaries and supplier payments between July and September, when President Uhuru Kenyatta finally signed the Bill.

READ MORE IN THE FINANCIAL STANDARD

Tips for a financial self-care routine