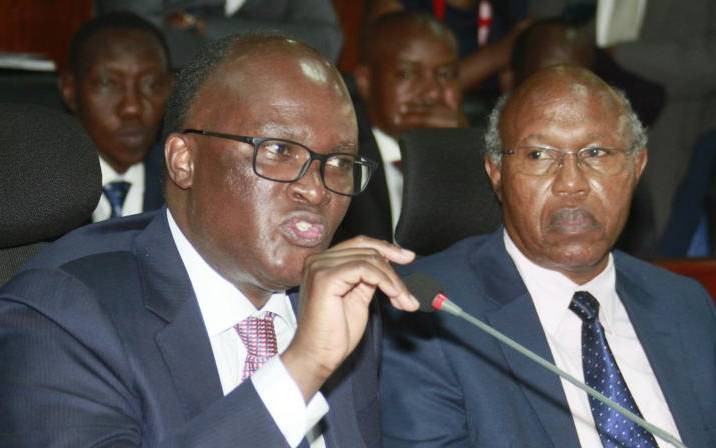 Transport Cabinet Secretary James Macharia (pictured) has maintained that the order on the closure of the Container Freight Station (CFS) still stands.

While appearing, after skipping twice, before the Kiambu Senator Kimani Wamatangi-led Senate Transport Committee, Macharia faced off with irate leaders and transporters from the coastal region over an order to have all cargo be transported through SGR from the port of Mombasa.

He said that leaders and the transporters were hiding behind the directive to fight the Government’s policy to shutdown CFSs.

“CFSs are abused, used to smuggle goods and deny the Government revenue. I want to say here we are going to close all the CFS and that is the position of the government,” he said.

City expressway chaos could have been avoided

Macharia also insisted that no transporter or importer is being compelled to use Standard Gauge Railway (SGR) to transport their cargo because the directive was reversed.

“In terms of numbers, cumulatively SGR has transported 3.3 million tonnes of cargo this year. It mean that by the end of the year, about 3.5 million tonnes shall have been transported through SGR. Compare this with 32million tons that comes into the country,” he said, adding that even at full capacity, SGR would only transport about 20 to 30 per cent of the cargo.

The transporters and leaders claimed the CS made a public pronouncement revoking the notice, but did not issue a written order to KPA and KRA suspending the directive.

“If indeed it was true that he had put the directive on hold, then none of us would have been here,” said Nyali MP Mohamed Ali, demanding for figures for cargo transport via road.

Mombasa Senator Mohamed Faki and his Kilifi counterpart Steward Madzayo accused the CS of misleading the public with his statistics, saying that the statistics include oil which is transported via pipeline.

By Willis Oketch and Patrick Beja | 13 hours ago