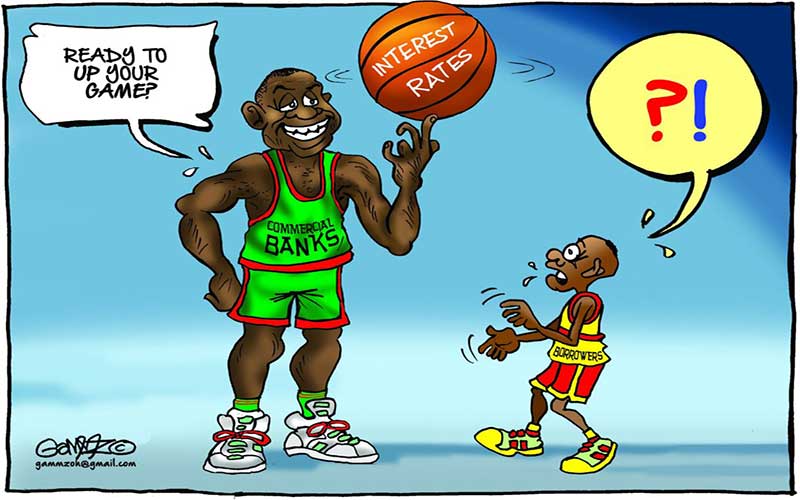 Bad loans surged to Sh342.2 billion in August as firms and households continued to grapple with a tough business environment.

This saw the non-performing loans (NPLs) - credit for which principal or interest has not been paid for 90 days or more - as a fraction of the total loans increase to 12.5 per cent in August, according to new data from the Central Bank of Kenya (CBK).

CBK Governor Patrick Njoroge had noted that the partial payment of pending bills in June by the national government would help companies reduce their stock of bad loans.

However, the share of NPLs increased to 12.5 per cent in August, having declined to 12.4 per cent in July.

Bad loans were at a high of 12.6 per cent in June, in what government officials believed was as a result of the failure of State corporations to pay suppliers.

In the last five years, the economy has been growing, but businesses and households have struggled to repay their loans.

Bad loans as a fraction of total loans have increased from a low of 4.7 per cent in December 2012 to current levels of 12.5 per cent.

The rise in the value of bad loans in the first six months of the year came at a time when economic growth was sluggish, with major economic sectors, including agriculture and manufacturing, slowing down.

Analysts have attributed the anomaly to the fact that much of the country’s current growth has been driven by public expenditure as opposed to private investment and consumption. Another report that tracked the bad loans showed that they went back to 2003 when President Mwai Kibaki first took office, standing at a record 35 per cent of total lending at the time.

Over the next 10 years, the rate came down to less than five per cent only for the bad loans to rise back to double digits in 2017 before settling at 12 per cent last year.

Another CBK report for the fourth quarter of 2018 showed that agriculture registered the highest growth in NPLs (28 per cent) in the three months to December last year followed by financial services, whose bad loans went up by 9.4 per cent.

Other sectors that registered an increase in bad loans during this period included energy and water as well as real estate.

“Credit risk remained elevated, with gross non-performing loans to gross loans ratio standing at 12.03 per cent in the fourth quarter of 2018,” said CBK in the report.

Banks’ profitability, however, improved during the period under review, with lenders making Sh112.7 billion in profit before tax compared to Sh 100.1 billion in the same period last year. Credit to the private sector during this period grew by 6.3 per cent, with total loans to firms and households increasing to Sh2.72 trillion during this period.

Banks squeezed much of their earnings from fines and fees as they looked for a way to beat the rate cap, which has since been repealed.