How bad tech policies are killing dreams of young entrepreneurs 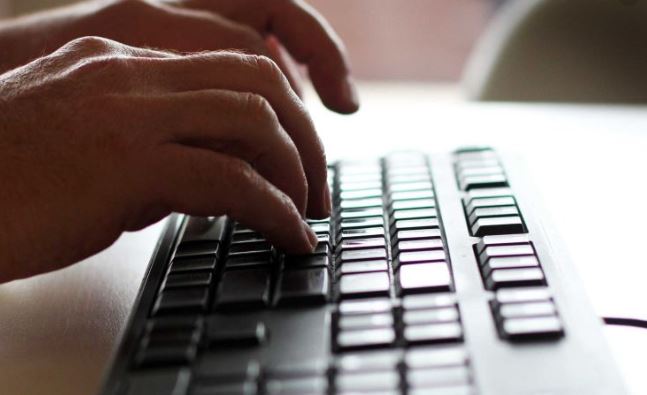 During the campaigns for the 2013 presidential elections, President Uhuru Kenyatta and his deputy William Ruto adopted a manifesto that hinged on a narrative of digital transformation that eventually got the two elected.

At the time, the two candidates told young voters that the existing crop of leaders was out of touch with the needs and aspirations of digital natives - young people under 25 who grew up in an age when smart phones, the internet and social media were becoming mainstream - and that they were best-equipped to drive a digital economy.

Half a decade later and the narrative of a ‘digital government’ is quickly unraveling. In the last two years, the government has proven to be the most detrimental to Kenya’s digital economy, eroding previous gains made in the journey of making Kenya a Silicon Savannah.

New laws and taxes introduced in the recent past and others currently in development have raised the cost of doing business for young people, pushing entrepreneurs and startups into the informal economy and reducing much-needed tax revenue.

Currently, proposed amendments to the Kenya Information and Communications (Amendment) Bill, 2019 are at due for second reading in parliament despite wide-spread criticism from various stakeholders that the law would limit freedom of expression, raise the cost of doing business and sabotage the government’s efforts to create jobs.

The amendments propose to have bloggers registered and regulated under the Communications Authority of Kenya (CA) before they can conduct their business, failure to which they would be subject to a Sh500,000 fine or two-year prison sentence.

This has raised concerns that the government is looking to curtail freedom of expression, since the criteria and licensing regime will entirely be at the discretion of the regulator.

At the same time, the legislation adopts a loose definition of blogging, stating that a blogger is anyone who collects, writes, edits and presents news or news articles in social media platforms or on the internet.

According to James Wamathai, a director at the Bloggers Association of Kenya (Bake) the law will open the door for authorities to clamp down on online content creators who ruffle their feathers.

“This government has not been kind to online content creators and this proposed law is the latest example,” said Mr Wamathai. “In the first place, we feel the wording has been made vague on purpose to allow politicians and authorities to go after creators whose content rubs them the wrong way.”

Wamathai says the proposed licensing regime and fines will lock out young people looking to make a living through online content generation.

Kenya currently has the highest youth unemployment rate in the East African region and many young people have taken to online content generation to earn a living.

Platforms like YouTube, Instagram and Twitter provide an opportunity for innovative young people to create and broadcast information on virtually any topic and earn a living through advertising and promotional campaigns once they gain a sizable following.

In fact, the government has itself tapped into this network of online content creators, albeit unofficially, with State officials and heads of corporations regularly hiring bloggers to push their message online.

The Kenya ICT Action Network (KICTANet) has called for the withdrawal of the Bill, terming it unconstitutional.

“It is not constitutionally sound to insist that for one to share news online they require to be registered first,” said the technology lobby group in a memorandum presented to parliament earlier this month.

“The definition of blogging fails to articulate the definitions of some of the terms used such as ‘news or news articles’. It leaves too much room for misinterpretation by law enforcement.”

The concerns by KICTANet and Bake mirror findings indicating that introducing taxes and regulation on internet users hit at the most vulnerable users; low income earners, women and the youth, and reduce revenue for telecommunication firms and the government.

Last year, the Uganda government introduced a social media tax, requiring users to pay Sh5 per day to access platforms such as Facebook, WhatsApp, LinkedIn, Instagram and Twitter and a one per cent excise duty to use mobile money.

Earlier this year, the country’s Communications Commission admitted that internet subscriptions declined by more than 2.5 million users with over the top services such as Google, YouTube and Facebook marking a 1.2 million drop in users.

Mobile money transactions also marked a Sh120 million drop largely on the basis of excise taxes introduced on social media and mobile money use in 2018.

Similarly in Tanzania, the government’s move to introduce a Sh93,000 annual fee for bloggers has forced some content creators offline, with President John Magufuli’s government using the controversial law to jail bloggers and journalists criticising the government.

According to research by think tanks including McKinsey and Alliance for Affordable Internet, introducing taxes on consumers of internet platforms does not achieve the government’s objective of raising tax revenue from powerful tech giants such as Google and Facebook, and instead limit end users’ ability to use the platforms to economically improve their lives.

This is not the only policy action that has irked many young people looking to eke out a living from the country’s expanding digital economy.

Two weeks ago, the Kenya Civil Aviation Authority issued a warning to anyone found operating drones that they risk a year in prison or a Sh100,000 fine or both.

This has dealt a major blow to operators who have invested in drones for video production, agriculture and conservation.

Despite boasting the largest economy in East Africa and being listed among the top five countries in digital advancement in Africa, Kenya is yet to put in place drone legislation, even as other countries leap ahead in adopting the same.

In Rwanda, tech start up Zipline has for the past three years been working with health officials to dispatch thousands of units of blood to areas that are difficult to access through road.

In Ghana, drones have been used to cut the delivery time for life-saving vaccines to far-flung hospitals from two hours to 20 minutes.

President Kenyatta earlier this month said the government was committed to enabling young people to explore opportunities to earn a living, build companies and create jobs through the Internet.

“The digital era and my government’s commitment to fostering the innovations and creativity of young Kenyans is bound to open up new frontiers for you and your peers,” he told hundreds of young people at State House.

However, in light of recent policy directives and proposed legislations, the words ring as empty rhetoric to a youth demographic that is disillusioned about future economic prospects.