Why central banks are wary of digital currencies 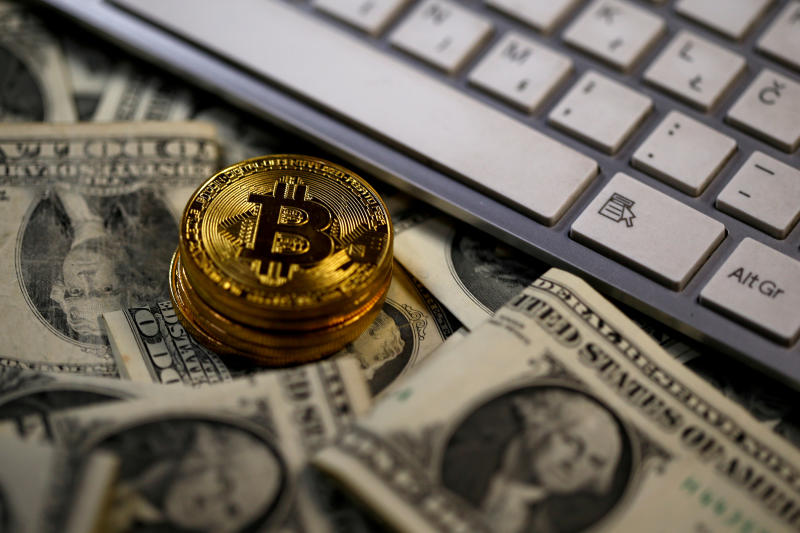 What central banks once sneered at, they’re now scrambling to master. Back when Bitcoin, the world’s first cryptocurrency, was seen as the province of anarchists and drug dealers, it was easy for the world’s central bankers to keep their distance. That’s changed in a hurry because of Facebook Inc’s proposal to create its own digital currency, Libra, which is seen by many regulators as a threat to existing monetary regimes. The central banks of China, Sweden, the Bahamas and others have been experimenting in the field and some of them say their coins will be in operation soon. A number of others, including the US Federal Reserve, are watching from the sidelines for now.

What’s changed? The prospect of a coin that’s usable for everyday transactions being put into the hands of Facebook’s two billion strong user base. Libra would join the ranks of stablecoins, a recently developed flavor of virtual currencies that seek to track the value of some low-volatility asset; the most popular stablecoin, Tether, aims to follow the US dollar. The goal of stablecoins is to create a relatively consistent value, even as older forms like Bitcoin and Ethereum continue to experience wild price swings that make them unsuitable as a medium of exchange. Facebook’s proposal faces many hurdles, but the notion of an alternative currency used on a global scale was quickly seen by regulators as posing a threat to national sovereignty, privacy, financial stability and central banks’ ability to carry out monetary policy. Billionaire hedge-fund founder Ray Dalio recently said that if he were a central bank, he wouldn’t allow any private digital currencies. What would a central bank coin be like?

More like Libra than Bitcoin, which was founded on a belief in the superiority of a financial system outside the control of a central party. Even so, central banks from Saudi Arabia to Thailand envisage using the same technology developed to underpin Bitcoin, the distributed ledgers known as blockchain. But instead of shaping them to promote anonymity -- Bitcoin represented a rebellion against central financial authorities -- the banks envisage using blockchain in such a way as to ensure oversight. Still, some researchers have expressed doubts about whether the technology would be able to support a large volume of simultaneous transactions. A People’s Bank of China official said its research showed that Bitcoin’s capacity fell well below peak demand, on China’s annual Singles’ Day shopping gala, of 92,771 transactions per second. Other studies have found that Ethereum handles an average of 15 transactions per second, while Visa Inc.’s network can handle 24,000 per second.

What do the central banks have in mind? There are two main tracks: wholesale and retail. In wholesale projects, access to the digital currency would be limited to banks and other financial institutions and the goal would be to make payment flows within the existing financial system faster and cheaper. In retail projects, CBDCs would be issued through would what might effectively be accounts at a central bank for the general public -- or accounts at commercial banks working with the central bank. In the latter, central banks could have to assume responsibility for performing customer due diligence, having to ensure the fulfillment of anti-money laundering and counter-terrorism financing requirements, as well as providing tax information. Who’s trying this?

Some of the islands in the Eastern Caribbean, including Grenada and St Kitts and Nevis, that share a central bank have already launched their own digital currency, which is now being tested by consumers and merchants. The first major central bank to roll this is out on a big scale is likely to be the People’s Bank of China. After five years of researching the topic, the PBOC said in August its digital currency was “close to being out.” Sweden’s Riksbank is exploring an e-krona, Uruguay has done a pilot program it called e-Peso, The South African Reserve Bank is studying the feasibility of creating of a digital currency and the Swiss National Bank is working with stock exchange SIX to explore how to make central bank digital money available for trading and settlement among financial market players. Who’s not? The Fed, for one. Chairman Jay Powell said while the Fed is “following very carefully” developments in digital currencies “it’s not something that we are actively considering” and “it raises substantial, significant issues that we want to see carefully resolved” around cybersecurity and whether there is demand for such a currency.

The Bank of Japan and Russia’s central bank also said they have no plans to begin work on one. And Bundesbank President Jens Weidmann said in October that he didn’t “see an immediate demand for digital central bank money.” What would the advantages be? If central banks can surmount the technical difficulties, digital currencies could allow for faster and cheaper money transfers across borders, and could improve access to legal tender in countries where cash supplies are dwindling. A World Economic Forum paper suggested that the new currencies could offer retail investors safer places to save, if it allows them to create accounts with their central bank, and could reduce the cost barriers that currently leave some 1.7 billion people without banking services. Some economists even argue they could make monetary policy more efficient by allowing direct pass-through of interest rates.