Why buying Greenland by US makes economic sense 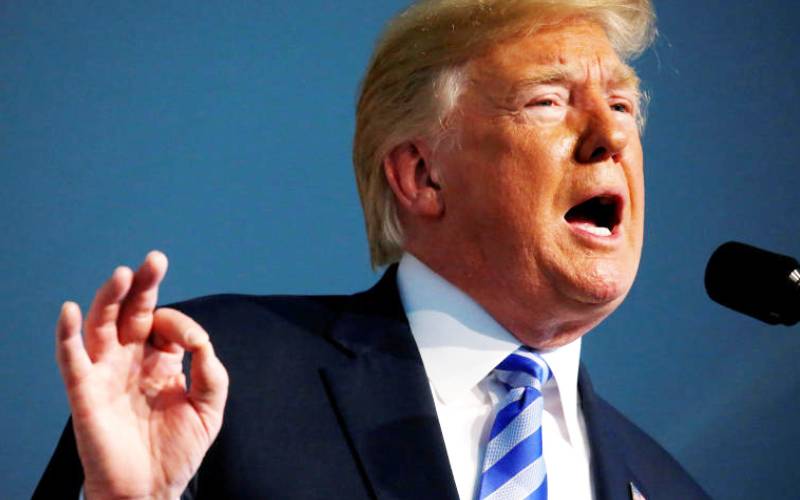 The proposal by the US President Donald Trump (pictured) to buy Greenland, the world’s biggest island is not a laughing matter. But does it make economic sense, politics and national pride aside? Trump will not be the first president to buy land and expand his country. There are precedences.   The US bought the State of Alaska from Russia in 1867 for $7.2 million (Sh230 million).

Equivalent to only two cents an acre. Alaska had no strategic value until gold was discovered much later. World War II showed the strategic location of the State. Most of Alaska like the Aleutian Islands extend far into the Pacific Ocean, making them ideal for landing sites in naval and air combat. The US also bought Louisiana territory from France for Sh1.5 billion ($15 million) about four cents an acre in 1803.  This territory makes part of at least 15 states today. The territory stretched from the Gulf of Mexico to the Canadian border. A visit to New Orleans by the mouth of the Mississippi River shows lots of French legacy from architecture to street names.

It’s a beautiful city to visit for its cuisine, history, and festivals such as Mardi Gra. The city is very different from the rest of the Deep South. The Louisiana territory purchase was strategic in ensuring that the US had access to the Mississippi River and the port of New Orleans. America then had no superhighways; rivers and sea transport were critical to the economy. The rise of Napoleon Bonaparte in France and the country’s economic troubles, including a revolt in Haiti may have contributed to selling off the territory.

Military power Why Greenland now? Some could argue that purchasing such an island would cement President Trump’s legacy just like Andrew Johnson who led the purchase of Alaska or Thomas Jefferson who bought the Louisiana territory. But it’s more than that. The buzz generated by such an offer is good publicity as second term beckons for President Trump. The road to his second term will be punctuated by such bold and controversial statements. This will suck off publicity from the democrats.

Greenland location is strategic, not far from Russia and her military ambitions. Remember the hypersonic weapons? A few more bases apart from Thule on the island could tilt the balance of military power. Buying the island could also signal to China and Russia that the US is still a power to reckon with.  There are economic reasons too. The melting of the Arctic ice could mean a shorter sea route from Europe to North America through the North Pole. Owning Greenland would mean strategic control of this shorter sea route. Greenland also has lots of minerals under the icecap, including rare earth metals with jaw-breaking names such as yttrium, lanthanum, cerium, praseodymium, neodymium, promethium and samarium.

SEE ALSO: Trump says WHO is China-centric, 'really blew it' on coronavirus

Others are europium, gadolinium, terbium, dysprosium, holmium, erbium, thulium, ytterbium, and lutetium and scandium. This list is provided for those who slept through their chemistry lessons. The metals are used in military equipment, electronics, and more recently electric cars. China has dominance in the production of these metals and an alternative source would break her dominance China is likely to use rare earth metals as leverage in trade negotiations with the US. The other economic reason is that Denmark, the current owner of Greenland, spends more than it gets from the island; selling it would make economic sense. Don’t we sell unprofitable businesses?  Add global warming and the strategic importance of cold regions starts to emerge. If the Earth continues warming up, the cold regions could become more habitable. Trump’s opposition to global warming and interest in Greenland seems contradictory.  My personal reason for buying Greenland would be beauty. In 2015, I flew over the coast of Greenland and was mesmerised by the beauty, a blanket of ice on hills and valleys with icebergs by the coast. Harmless entertainment The Island has great potential for tourism. Think of experience, visiting cold Greenland compared with hot and humid Dubai or Mombasa.  President Trump ambition of owning Greenland sounds like intimidating a smaller country. But even if the US does not eventually buy Greenland, the debate is harmless entertainment. It also shows how unconventional President Trump can be,  an asset in his re-election bid.  My suggestion is that President Trump should seek out countries willing to be bought by the US. Denmark has stated Greenland is not for sale. He could end up being overwhelmed by the numbers. I guess Kenya could be on the list going by the number of Kenyan adorning attire with American flag colours or longing to immigrate to the home of the brave and land of opportunity. Finally and in whispers, could Kenya resolve some of her territorial disputes through purchases. -The writer is an Associate professor at the University of Nairobi

Trump says WHO is China-centric, 'really blew it' on coronavirus