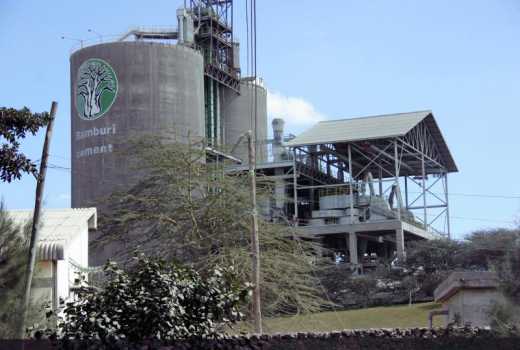 The higher cost of operations and a slowdown in the uptake of cement by the Standard Gauge Railway (SGR) has dented the earnings of Bamburi Cement.

Other factors at play that reduced the firm’s profit include higher finance costs of a loan taken for its Uganda operation and a dispute between Uganda and Rwanda that has restricted the flow of its products to the country.

The company’s profit before tax in the six months to June 2019 dropped 96 per cent to Sh23 million compared to Sh722 million over a similar half last year. Its net profit, however, narrowed marginally owing to tax rebates gotten following expansion on its plant.

The firm last year completed a Sh4 billion upgrade of its plants in Athi River and Mombasa, increasing their combined cementproduction capacity to 3.2 million metric tonnes per year from 2.4 million tonnes.

This resulted in the company reporting Sh393 million net profitfor the period ending June 30, which is Sh6 million lower than Sh399 million that it had reported in the first half of last year.

“Profit before tax declined to Sh20 million from Sh722 million mainly influenced by lower operating profit, increase in finance cost on account of long term loan taken in Uganda mainly to finance capacity expansion, and the impairment of assets in Rwanda following the continuing inaccessibility of the Rwanda market to Uganda,” said the firm in a statement on Friday.

“Overall, the Group’s turnover in the first half of 2019 remained flat on account of a contracted cement market in Kenya and further adversely impacted by a significant drop in cementuptake by the SGR project compared to the same time last year when Phase 2A was still underway. In addition, the Uganda operations were impacted by the continuing closure of the Uganda-Rwanda border, which has rendered the Rwanda market inaccessible,” said Bamburi Chief Executive Seddiq Hassani.

“Operationally, 2019 has been impacted by higher energy and logistics costs fuelled by higher power tariffs and an increase in fuel prices over the same period last year.”

“Despite significant headwinds as a result of the contracted cement market in Kenya and the inaccessibility of the Rwanda market, we have managed to hold the topline from declining, thanks to the benefits accruing from the progressive successful implementation of our ‘Building for Growth’ strategy.”

It remains cautious about the remaining half of 2019, noting that while the market is expected to make some degree of recovery, there remain significant risks including the tiff between Uganda and Rwanda.

By Paul Ogemba 12 hours ago
Business
Workers to pay more to the NSSF pension as new law allowed
.

By Kamau Muthoni 6 hours ago
Business
Premium How Kileleshwa, Kilimani lost their shine

By Dennis Kabaara 6 hours ago
Business
Premium Privatisation talk: The devil is in the detail