Plan for piped cooking gas to homes to become reality 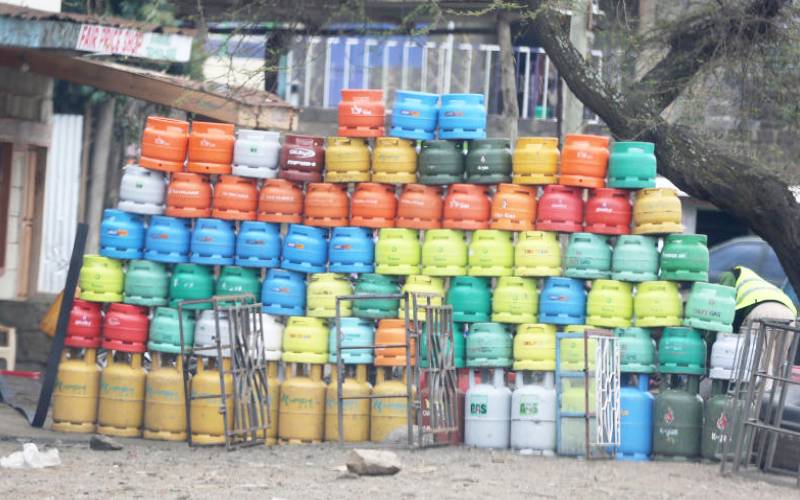 You can now finally have cooking gas delivered to your house through a network of pipes as is the case with piped water.

This if your neighbourhood meets certain minimum requirements for setting up such infrastructure following the change in rules governing the Liquefied Petroleum Gas (LPG) industry.

The Petroleum (Liquefied Petroleum Gas) Regulations, 2019 allow for the reticulation of LPG as long as the companies undertaking to set up such a system meet several requirements, including stringent safety measures as well as having a certified engineer on their management team.

The operator will also need to have a register, where they will record all incidents, including ordinary complaints.

They will be required to give the Energy and Petroleum Regulatory Authority (EPRA) access to such as a register.

The regulations, which came into effect June 24, allow for the establishment of reticulated piped gas systems which it defines as systems “for the supply of LPG through a network of pipes from a centralised storage point”.

A reticulated LPG system would enable firms to supply a residential area, with the operator routinely refilling the central storage, guaranteeing the residents continuous supply of cooking gas. Consumers will be billed every month.

The systems, which are in large use in developed countries, would offer convenience to households buying the amount of cooking gas they want.

On the flip side, however, a small gas leak could cause major damages especially if it is not contained early.

During the public participation phase when the authorities were coming up with the regulation, many stakeholders expressed concerns about safety, noting that the local energy industry, especially the petroleum subsector has experienced major disasters that have wreaked havoc to lives and the environment.

The Ministry of Petroleum and EPRA officials, however, assured them of tight controls.

There are such systems in the country operated by large companies that are huge consumers of LPG and have a network of pipes supplying gas to different areas within their operations.

The energy industry regulator has in the past said it had received proposals mostly from real estate developers of gated communities, looking to install reticulated gas systems in their developments.