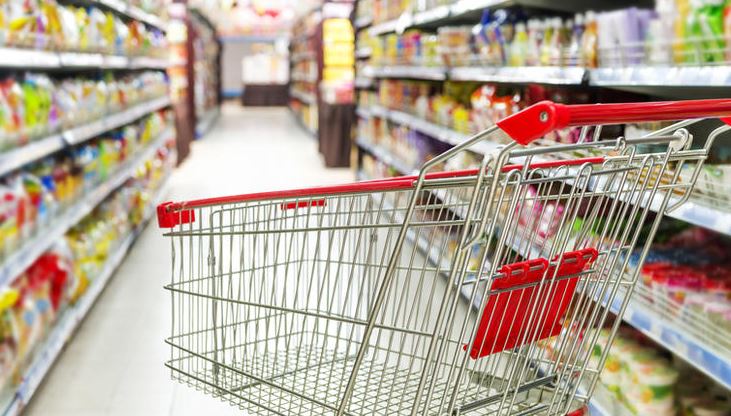 When John Odhiambo started selling mandazi in early 2000 at Makongeni Estate in Nairobi, he priced the popular snack at Sh5. More than 10 years later, Mr Odhiambo still sells mandazi at Sh5. And this is despite the increase in prices of key inputs such as wheat flour, cooking oil and fuel. Generally, the cost of living - measured by looking at the increase in prices of a basket of goods and services - has gone up by a staggering 265 per cent between January 2002 and April 2018.

To fight such a corrosive price hike, most businesses have responded by increasing the prices of their products. Yet, even in the bleakest of times such as when the shilling dipped to a low of 105 against the US dollar, or when the country descended into a civil strife after the polls of 2007, the price of mandazi has remained Sh5. And traders such as Odhiambo have not thrown in the towel. This strategy of fighting inflation has crept up higher to the corporate level, with multinationals such as Coca-Cola reducing the quantity of some of their products rather than the prices. Kenya has been described as a price-sensitive market, where a slight increase in the cost of a product results into a significant decline in the quantity consumed.

For firms such as Coca-Cola who, having learnt of the nature of Kenya’s market, have lunged into the ‘kadogo’ economy with such products as Coke Mwala, tinkering with quantity has been their surest way of staying in the market. The company recently reduced the size of its 500 millilitre bottle of soda to 425ml. However, the retail price of the beverage did not change from the average of Sh50 in most supermarkets in Nairobi. Coca-Cola also reduced the size of its fruit juice, Minute Maid, from 500ml to 425ml, even as the price remained stuck at Sh50 in most retail stores. The cost of production in the country, from energy and transport to labour has been going up, forcing firms to adjust their businesses accordingly. But for such products as fruit juice and soda, taxes have also contributed significantly to the increase in cost of doing business.

Soda and juice are charged excise duty. Moreover, in the Finance Act, 2018, Treasury changed the inflation-adjustment period to once in a year, a situation that saw the price of most excisable goods go up. While for certain products the law requires them to bear certain sizes, for soft drinks, fruit juices and squashes the law only requires them to be sold by measure of capacity. Other products that are only required to be sold by measure of capacity are mineral water. This area has not only been characterised by cut-throat competition, it has also been hit heavily by excise taxes. Weekend Business could not identify a brand of bottled water whose size had been reduced. However, one of the bottlers who did not want her name revealed said some brands, especially those who are tax-compliant have increased the prices. “And this has not been received very well by consumers. Most of them are looking at their bottomline, not quality,” said the source. Fast moving consumer goods such as soda have more substitutes, and thus an increase in price would see customers shift to other products including juices. University of Nairobi lecturer XN Iraki says that quantity strategy works for luxuries such as juice and soda. “But for necessities, you can’t increase the price because the demand will fall and you lose money,” he says. Scholastica Odhiambo, an Economics lecturer from Maseno University says we cannot see the difference easily for some products we consume. “However, if you increase the price of necessities, the consumer will react very fast,” she adds. There was an outcry when the quantity of bread was reduced. Indeed, the law by then did not allow for a measure of 400 grammes. Dr Iraki says competition also matters in quantity strategy.  “If there is lots of it (competition), reducing price is not an option,” he says.  “Reducing quantity leads to less inventory and less costs in the long run.” There have also been cases of butcheries tinkering with the weighing scale to sell 900 grammes of meat at the price of one kilo. “Not very many people notice,” says Dr Odhiambo. It has been more difficult for companies such as East Africa Breweries Limited (EABL) whose customers are both price sensitive and quantity sensitive. “I have never encountered a market as price-sensitive as this in the countries I have worked in, and they are many,” said former EABL Managing Director Charles Ireland in an interview with The Standard. EABL has continued to be buffeted not only by increased cost of doing business, mostly due to higher excise duty but also as a result of increased competition. However, its way of dealing with increased costs is to pass them on to the consumer. But the customer has consumed less and less of EABL’s alcoholic drinks as a result. The brewer was recently forced to give new recommended retail prices after the Government slapped alcoholic drinks with more taxes. Beer prices were also affected by the new inflation adjustment date. Reducing the size is not an option. “There is that person who goes into a tavern every evening expecting to drink alcohol of a certain quantity,” says an official at EABL. “People are sensitive to quantity too.” “Consumers will eventually notice that we are being given less alcohol,” he added. For most companies in Kenya, sticking to the ‘kadogo’ economy, has been their best quantity strategy. Since Kenyans are price-sensitive, firms have been coming up with small-sized products which consumers can afford. It is an economy where people shop in small quantities in shops and green grocers as opposed to big malls and supermarkets. Other strategies that firms have employed to cut costs include the packaging material. “A few years ago, a new manufacturer of cooking fat in Kenya checked into the market and unlike other established players that packed their produce in metal tins, used plastic packaging for its products,” said Boniface Ngahu, director SBO Research of in a local daily. The company was able to sell at a much lower price, eventually becoming quite a hit in the market as consumers tried the product in large numbers while enjoying the benefit of the more reusable plastic pack at home. Insiders reported at that time that the management of a multinational competitor decided at a meeting that their products would never be packed in plastic. However much later, the multinational started packing the products in plastic.   [email protected]