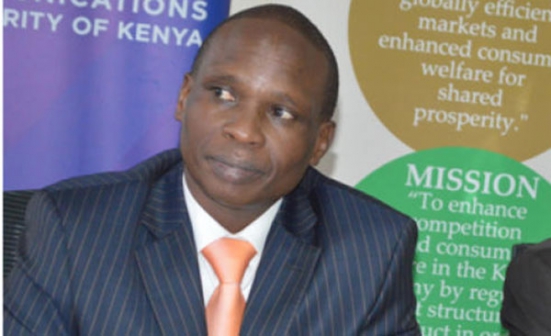 Most of the companies, including cab hailing mobile application Uber and telecommunications giant Safaricom, were cleared.

The Competition Authority of Kenya (CAK) initiated an investigation into Uber Kenya – the firm that owns the app – after other players in the taxi business accused it of practising predatory pricing.

After investigations, CAK said, it found that Uber was not dominant and that it was not engaging in predatory pricing.

The authority also looked into a dominance case against Safaricom that had been lodged by rival Airtel Kenya.

CAK said Airtel had complained that Safaricom was abusing its dominant position by implementing differential on-net off-net call rates through a promotion and the peak and off-peak scheme.

In its annual report for the financial year to June 2017, CAK said it found that Safaricom had not abused its dominance in its promotions and the case was shut.

Also investigated by CAK were cement firms that were found to have possibly colluded in determining retail prices through information sharing during production stages.

While CAK did not penalise the manufacturers, it ordered them to stop sharing information.

“The authority initiated investigations into the conduct of players in the cement industry during a study… that indicated possibility of collusion,” said the CAK report.

“The information sharing did not affect competition at that point. However, the authority ordered stoppage of sharing of information.”

Twenty-two firms were investigated on suspicion that they engaged in activities that undermined competition, including undercutting. The majority of those that had issues were from advertising and market research, which accounted for 32 per cent of the companies accused of restrictive trade practices.

Another sector that contributed a large chunk was manufacturing, with 27 per cent.

“The authority investigated 22 restrictive trade practice cases, mainly in manufacturing, telecommunications, land and air transport, advertising and research. Nine of the cases were ?nalised leading to imposition of various administrative remedies, including ?nancial penalties and declaratory orders,” said the report.

CAK also said it handled cases that had been lodged by consumers against leading firms, with supermarkets, telecommunication firms and banks being in the lead of those accused of violating consumer rights.

Half of the cases were ?nalised, with some of the accused companies found to have violated consumer rights. They were penalised and ordered to settle with the consumers.

“The authority handled a total of 75 consumer cases or complaints… a majority of the cases emanated from the banking, retail and communication sectors, some of which were also resolved through the authority’s collaboration with other relevant Government agencies,” said CAK.

By Philip Mwakio and Patrick Beja 15 hours ago
Business
William Ruto's order on port takes effect, impact not yet felt

By Tony Mbaya 17 hours ago
Work Life
Benefits of ethical leadership in an organization
.