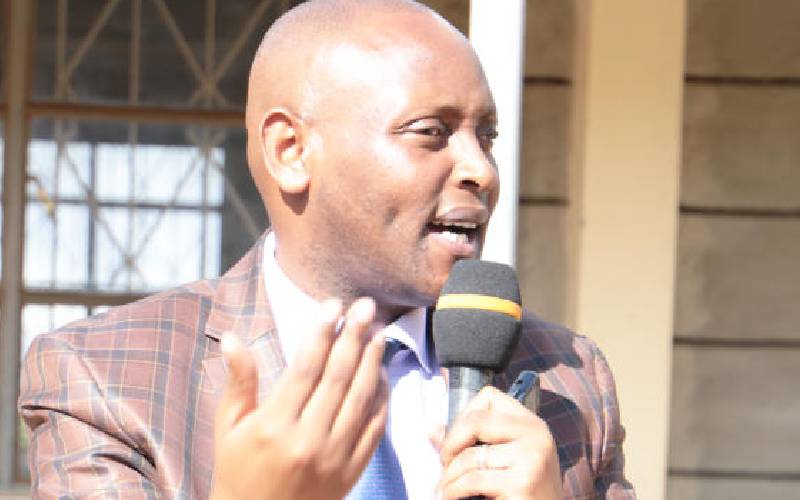 Ward representatives have summoned a Finance executive to explain who was footing the Bill for the ongoing campaign to dissolve the county.

The summons to County Executive Committee member for Finance and Planning Davis Mwangoma comes at a time the relationship between the Executive and the County Assembly has hit an all-time low following a dispute over the 2019/20 budget estimates.

Governor Granton Samboja (pictured) declined to assent to the budget and is pushing for the dissolution of the county to end the standoff.

They are all expected to appear before the assembly on Monday next week to answer to various allegations, among them engaging in the campaigns to collect signatures in support of the county’s dissolution at the expense of serving the public.

Also on the ward reps’ radar is the Sport executive Bigvai Mwailemi, and his Water counterpart Gasper Kabaka.

The collection of signatures was launched by the governor on July 22 and has so far garnered 50,000.

“We suspect that the county administration is using public resources to fund the exercise, which is being supervised by the CECs. We want the Executive to shed light on the matter,” said Budget and Appropriation Committee chairperson Godwin Kilele.

In his statement, which was passed by the House last week, Mr Kilele demanded to know more about ballooning pending Bills and some project votes.

From Ms Shuwe, the ward reps want to know why her department is yet to provide protective gear for casual workers, who they claim were being exposed to health hazards.

“We want the executive to respond to the statement sought regarding the provision of protective gear for casual workers in the Environment department,” stated the summons.

The statement was sought by the Wundanyi Mbale Ward Rep Beatrice Mwabili.

On Lands, the ward reps want an explanation on the controversy surrounding about 1,000 acres situated at Marungu location in Taita sub-County.

They also want to know the ownership of community land by Diaspora University and ownership and management of Vuria Hill.

The ward reps have recently complained against what they described as “casual manner” in which the Executive has been handling queries.

According to Ms Mwabili, more than 170 pending statements are yet to be responded to by the Executive since last year.