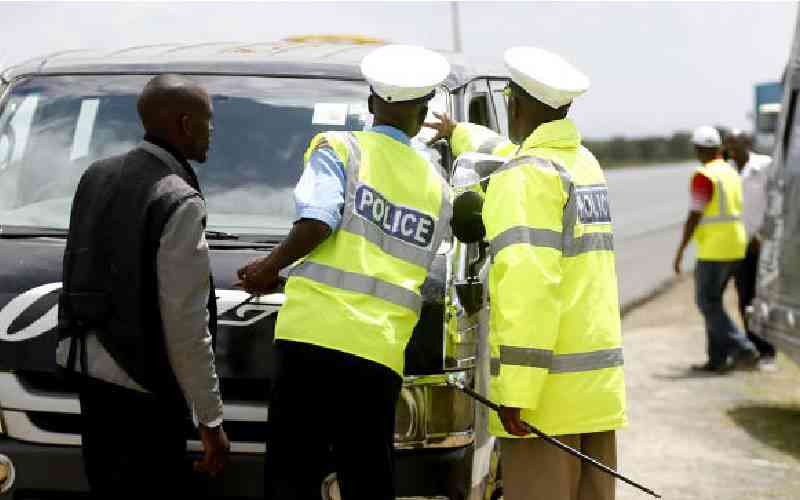 DCI officers from Dagoretti are investigating an incident where a Chinese national reported that he was robbed Sh1 million by traffic officers along Othaya Road, Nairobi on Thursday night.

The victim identified as Liz Zhixin said that he was headed to Junction Mall from Westlands when he was stopped by two traffic offices along Othaya Road.

He said that when he stopped he took his car keys and driving license only for one of the officers to open the back door of his Toyota Land cruiser car where he had kept the money.

The officer then took the Sh1 million and boarded their vehicle which has been captured in police records as a Toyota Fielder and the two officers drove away leaving behind one of the officer’s traffic cap.

Zhixin reported the matter at the Muthangari Police Station and handed over the cap to his lawyer.

Beyonce set to pocket over Sh30 billion from 'Renaissance' world tour
News
By Vincent Kejitan
28 mins ago
Eye patients turn to traditional medicine to get elusive treatment
Health & Science
By Nehemiah Okwembah
32 mins ago
CS Njeru says processing of title deeds in Narok to be sped up to end clashes
Rift Valley
By Mike Kihaki
41 mins ago
Mexican actor Pablo Lyle gets 5-year prison sentence for involuntary manslaughter
News
By AP
44 mins ago
.