Alarm raised over worrying state of sanitation across 47 counties

By Bernard Sanga | 8mos ago

Officials from the Ministry of Water and Sanitation have raised a red flag over millions of Kenyans in 47 counties still practising open defecation, sparking fears of another waterborne disease outbreak.

Water and Sanitation Chief Administrative Secretary (CAS) Dr Andrew Tuimur said most of the 47 counties were alarmingly off-track on the delivery of safe sanitation.

“We are behind on sanitation. Overall in the country, we are at 26 per cent,” he said, adding that this puts the country at the risk of another outbreak of waterborne disease during the heavy rains.

An analysis of data from the 2019 national census shows that over 4.3 million people in the country answer to their call of nature in open places.

The 2019 national census report shows that Kwale County was the worst hit at the Coast with 291,387 people, or 31.7 per cent of the population, lacking either a latrine or toilet.

Turkana has the highest number, 642,666 or 68.1 per cent of its population, answering the call of nature in open fields, according to the report.

But Nyeri, Nyandarua, Kirinyaga, Nairobi, Muranga, Kirinyaga and Embu had the least number of the people that relieve themselves in the open fields.

Open defecation is the disposal of human faeces in fields, forests, bushes, open bodies of water like the ocean, beaches and other open places or with solid waste.

The Director of Sanitation Management in the ministry, Eng Fidelis Kyengo, said Kwale was among the top ten counties with the highest percentage of households that practice open defecation.

"The situation (sanitation and hygiene) is still dire. It has affected learning in some schools where girls have dropped out of school. A lot needs to be done," said Kyengo in an interview.

But Kwale executive committee in charge of water and satiation Mr Martin Kuya said "things have greatly improved since 2019" but decried delays in the implementation of water projects.

"I'm aware of the report about the level of sanitation in Kwale but things are not as bad as they used to be. The biggest problem is water coverage because latrines must have water," said Kuya.

He said through the household sanitation support under (UBSUP) and Water Sanitation and Trust Fund (WSTF) several latrines have been constructed in schools and other public areas.

"We know the issue of sanitation in Kwale is bad but all stakeholders will meet to unlock the project by addressing the issues that have caused this delay," said Eng Tsuma.

In Mombasa, the Ministry of Water was also rehabilitating the Kipevu Wastewater Treatment Plant and re-pooling in Mombasa west mainland at a cost of about Sh280 million.

“We expect the project to be complete by November this year. Once completed, it will serve about 17,000 residents of Kipevu,” said Dr Andrew Tuimur.

Tuimur said that sanitation was a big issue not only at the Coast but the entire country at large. “We are a bit behind on the issue of sanitation," he said. 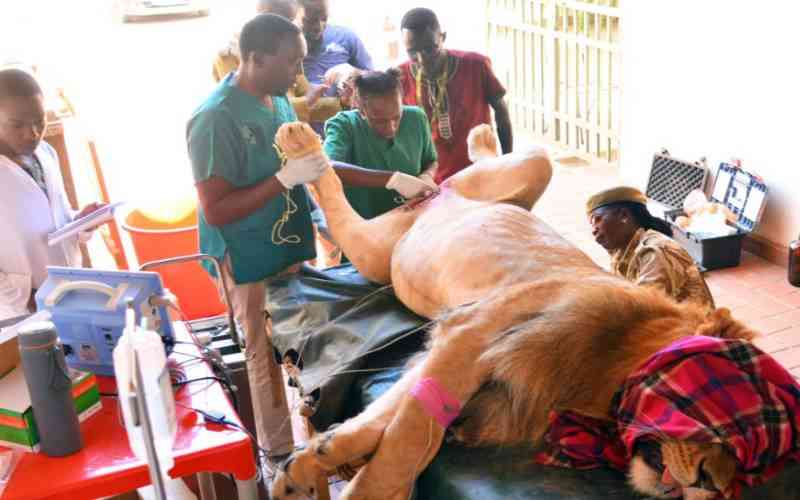 Photos: Vasectomy conducted on Nairobi lion
National
By Mate Tongola
18 mins ago
Why learning to code should be a central part of the global education system
Education
By World Economic Forum
22 mins ago
EABL half-year profit drops to Sh8.7b as struggling Kenyans drink less
Business
By Brian Ngugi
1 hr ago
Getting to know Brandy Maina
News
By Dan Kipchumba
1 hr ago
.